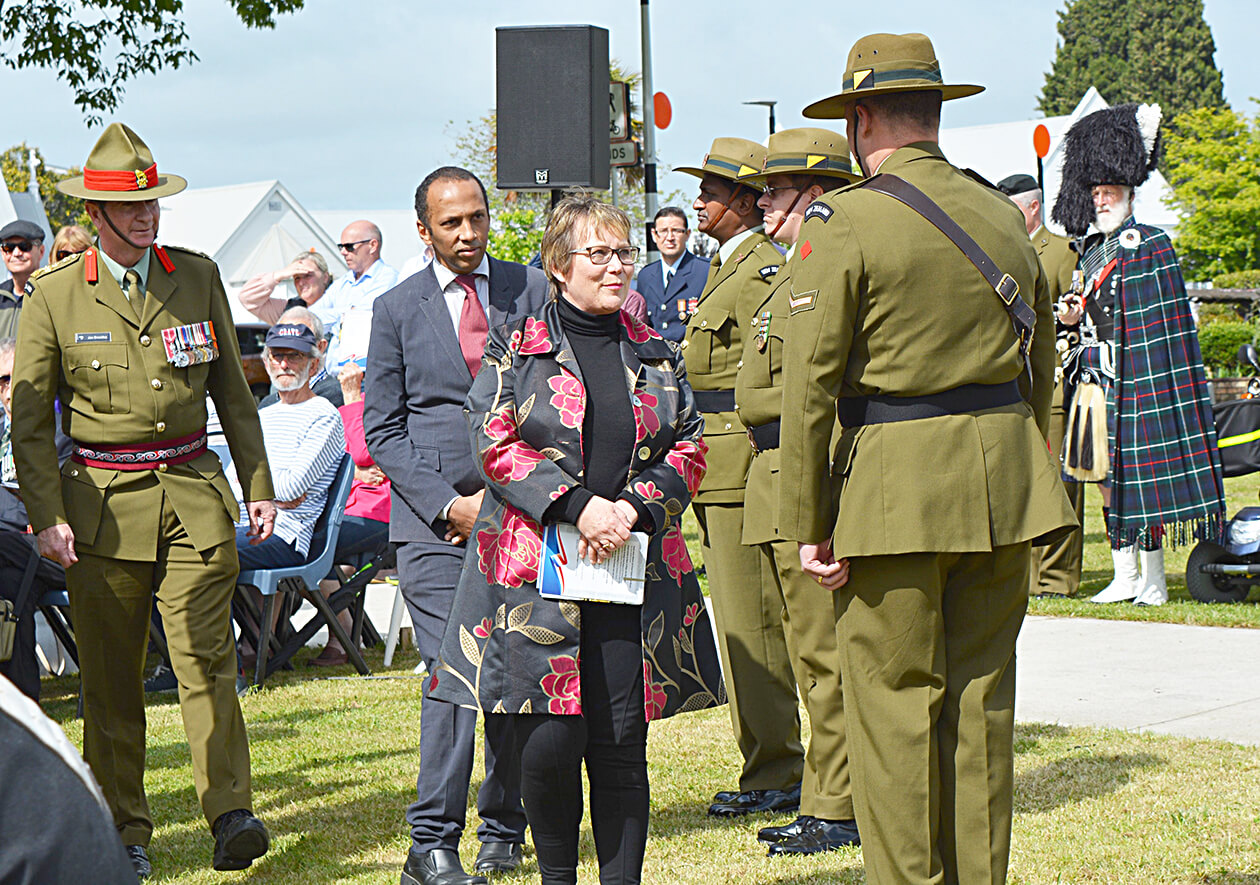 The striking Le Quesnoy Sculpture commemorating the WW1 battle that forged a unique alliance between Cambridge and its French sister city of Le Quesnoy was unveiled on November 2.

Relieved of its korowai, the stainless-steel curved spire stood shining in the sun. Sculptor Fred Graham said the design was based on France’s Eiffel Tower, with the splayed fronds of a gleaming silver fern clasped along one edge.

Outlining the journey he had taken to achieving the final design, he said he had done a lot of reading on the story of Le Quesnoy. “I was interested to note that at the end of the conflict, there was no clapping or back-slapping from the New Zealanders … they just wanted to come home.  I had that in mind when I designed this. Instead of depicting the fern leaf as it is normally seen, this one was based on the ladder used by the soldiers.” Sculptor Fred Graham explains how he arrived at the design for the sculpture.

The sculpture rests on a plinth at the corner of Thornton Rd and Victoria St.  It commemorates the November 1918 liberation of the French town of Le Quensoy by Kiwi soldiers, led by Cambridge’s Second Lieutenant Leslie Averill who scaled the town wall using a ladder. 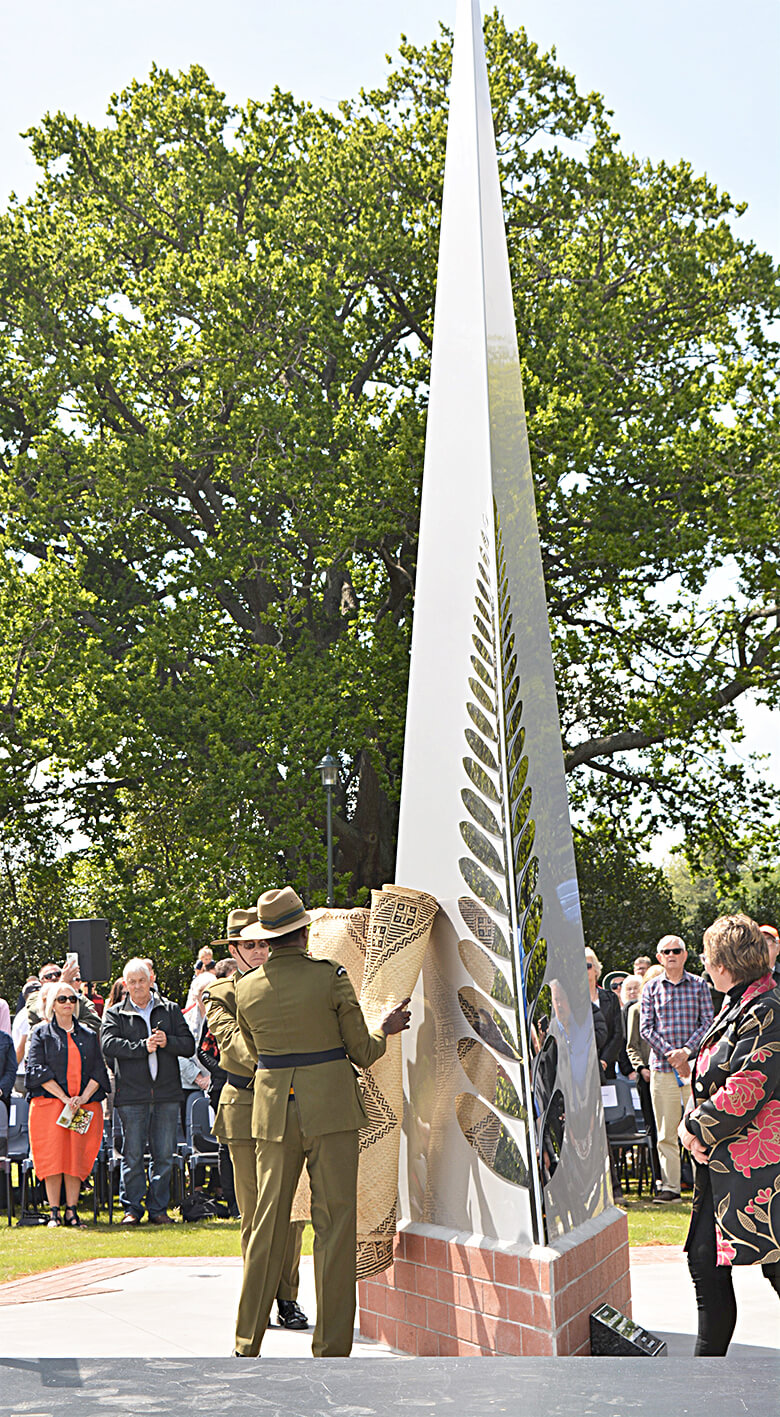 Removing the korowai from the sculpture, watched by Minister for Internal Affairs Tracey Martin.

The unveiling was hosted by Ngati Koroki Kahukura and Ngati Haua, Waipa District Mayor Jim Mylchreest, Paul Watkins and Liz Stolwyk of the Armistice in Cambridge Committee, and sculptor Fred Graham and his whanau.

Sir Don McKinnon thanked Cambridge and the wider Waikato area for its commitment to seeing the statue project through to fruition.

Mr Sambou said France would be “forever grateful” to New Zealand for the actions of 1918, which he said had forged a lasting friendship. He said that on the day after the March 15 Christchurch attacks, people of Le Quesnoy gathered at their city hall and replaced the French flag with the New Zealand one in a gesture of solidarity.

Conveying a message from the French Embassy, he said: “I want to tell you, France will never forget. We have built a new garden of peace not far from where your soldiers came to liberate the city of Le Quesnoy.”

Minister Tracey Martin said the statue’s orientation towards northern France symbolised the strong links between the two countries and meant “we will always send aroha to our friends in Le Quesnoy”.

Mayor Jim Mylchreest thanked all those who had helped bring the sculpture to rest in a significant site adjacent to Lake Te Ko Utu.   He said most sister city relationships were based on economic co-operation, but the Cambridge/Le Quesnoy relationship was based on the importance of alliances forged by a battle to protect democratic ideals held dear by both countries.