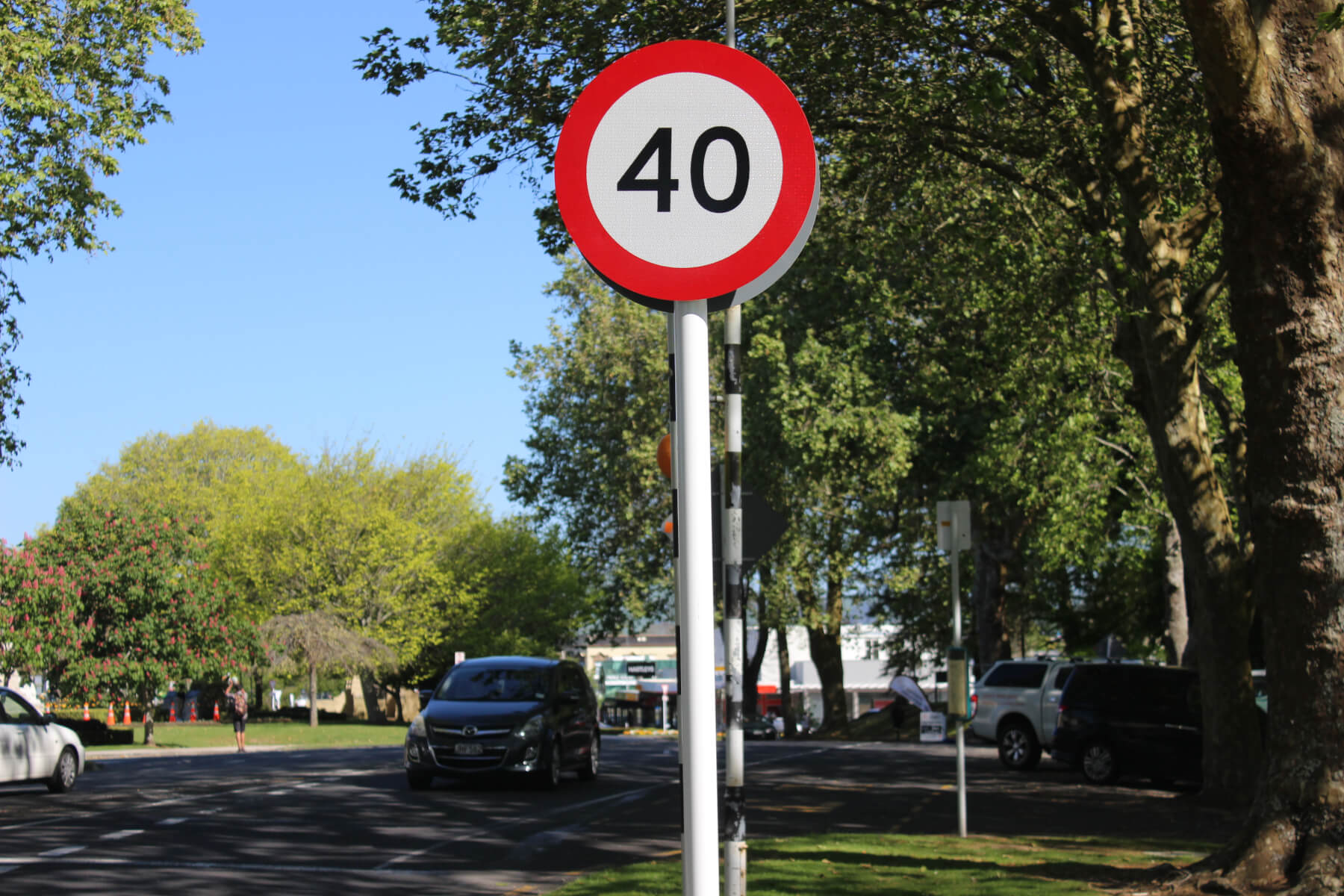 The speed limit in the Cambridge town centre dropped to 40km/h this week, one of 200+ speed changes across Waipa.

School staff across Cambridge are praising the move to lower speed limits which came into effect on Monday.

Speed limits through town centres, on busy rural roads and outside many schools have been dropped Waipa-wide after a public consultation in February garnered 84 percent support.

Though not all of the public seemed to have taken notice earlier this week, most parents had.

“Although we haven’t noticed a huge change, all our parents abide by the new speed limit,” said Pam Furze, deputy principal at Roto-o-Rangi. The school’s main stretch of road along its front gate – Kairangi Rd – dropped from 100km/h to 60km/h.

“We’re pleased that the speed limit has been changed… We just need the general public to abide by the changes.”

One of the most significant speed changes in the district saw Hanlin Rd, outside St Peter’s School, drop from 100km/h to 30km/h.

With a 30km/h speed limit already in place inside the school grounds, the 100km/h speed limit had been unsafe and impractical, St Peter’s Strategic Projects Manager Marc Smith said. “The reduction to a 30km/h will make it safer for students, athletes based at the Avantidrome, and the wider community using school facilities.”

In town, speeds outside schools have dropped from 50km/h to 40km/h, and the Cambridge town centre has dropped to 40km/h as well.

Cambridge Middle School deputy principal Julie Dawick hadn’t seen much of a change from the general public when doing road patrol outside the school. “In saying that, cars down Clare Street in the mornings are pretty good.”

She said traffic around Cambridge Primary School, where she dropped off her own children, had been better.

“It feels quite a bit slower,” she said. “It’s good, I fully support the change.”

A new website, roadsafetywaipa.nz, has been built so that residents can see the where speed changes take effect.

Waipa is one of four districts in the Waikato region to have speed limits lowered. Last week Auckland City Council announced it would also adopt a lower set of speeds for some roads, and more councils are expected to follow suit.