Sophia Nicholls, 6, pedals her way to a tasty smoothie, watched by brother Richard, 4.

The inaugural Kids Eco Festival held last weekend at Cambridge Primary School was hailed by organisers as a great success. 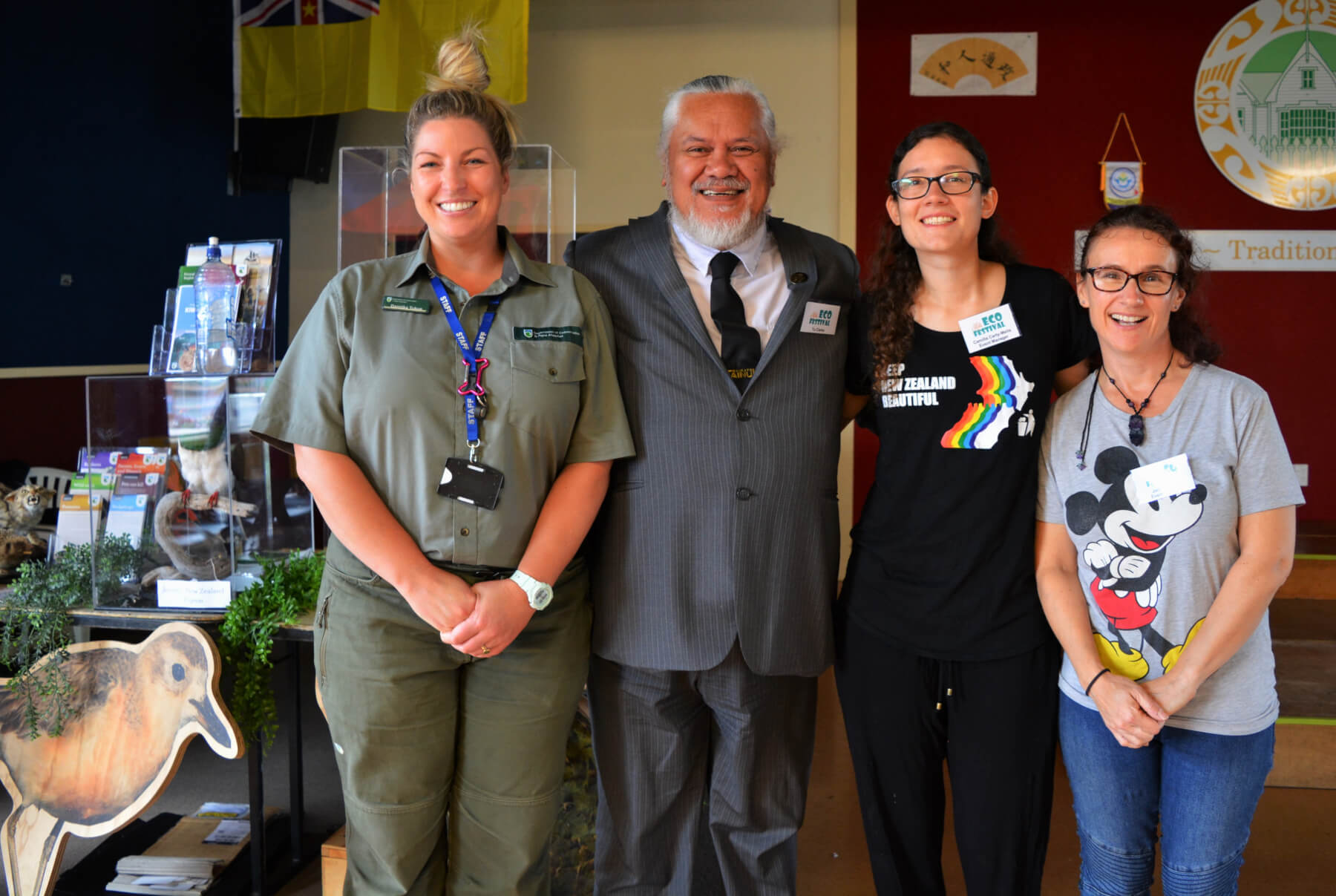 The festival was officially opened with a karakia by Ngāti Hauā kaumatua Tu Clarke.   A stand selling native plants highlighted the work being done by Morrinsville’s Ngāti Hauā Mahi Trust in growing native plants and doing wetland restoration and riparian planting in culturally significant catchment areas, including at Karapiro. The Trust recently took out the Te Puni Kokiri Māori Award in the 2019 New Zealand Biosecurity Awards.

A ‘wearable arts’ segment featured fashion made from waste and intended for recycling.  The winner in the 5-12 years category was Leah Ervine, 6, who draped herself in toilet roll holders which she intends using as seed planters. Six-year-old Leah Ervine won in the junior category with this toilet-roll holder outfit.

The winner in the 13-18 years category was Dakota Le’Mon wearing a design by Ellie Goldfinch entitled Libras tainted remains. It featured a black skirt with a train made from recycled plastic and calico dyed to represent air pollution. The strapless bustier was made from unwanted packing plastic and a mask fashioned from used curling ribbon depicted choking pollution. Another entrant, Sophie Heatley, wore a design by Eilish McHugh featuring discarded plastic and aluminium cans. with a flax bustier. Her mum, Camilla Carty-Melis of the Go Waikato Environment Centre and a co-organiser of the event with Janine Monk, said the festival had been a success.

“It was great to see so many families. The children were having fun, as were the adults. I even saw a few parents who donned the native bird face painting!”