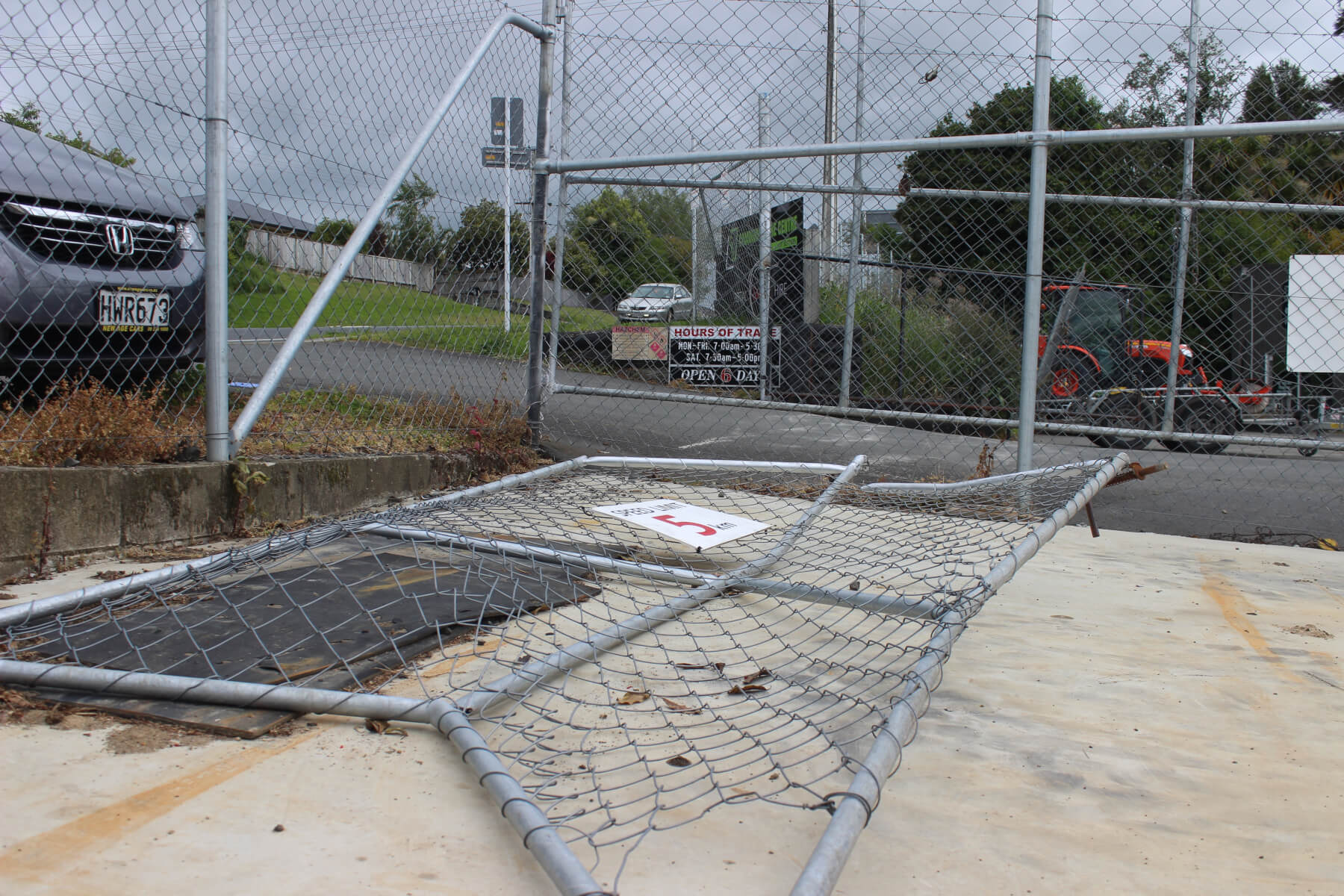 The Cambridge Hire Centre’s entry gate had just been installed a few weeks prior when it was destroyed in a ramraid.

Cambridge Hire Centre owner Seton Kibby says thieves are cashing in on the absence of round-the-clock policing in the town.

His comments followed a raid which saw thieves destroy a fence to get into the centre and, within 30 seconds, hook up a steal a wood splitter.

He said police who had followed up the raid had been great.

“But what’s happening is these people know they’re not in town, they know they’ve got a half an hour’s grace.” In and out – this SUV was used to smash through a gate, and the thief was gone in less than a minute.

Cambridge lost its 24/7 police base, as well as two Cambridge-based detectives in 2016.

An apparent increase in overnight burglaries followed, prompting a community petition which gathered hundreds of signatures before its presentation to parliament in 2016. In 2017 volunteers formed the Cambridge Community Patrol, which it still operates. Two new officers were added to the Cambridge station late last year, and two more will be added this month as part of a Waikato-wide increase of 1800 police over five years.

No plans to return to a 24-hour police base in Cambridge have been announced.

Kibby said the splitter was one of four owned by the company.

A white late model SUV, possibly a Hyundai, reversed at high speed through the gate – which had been erected just two weeks earlier. 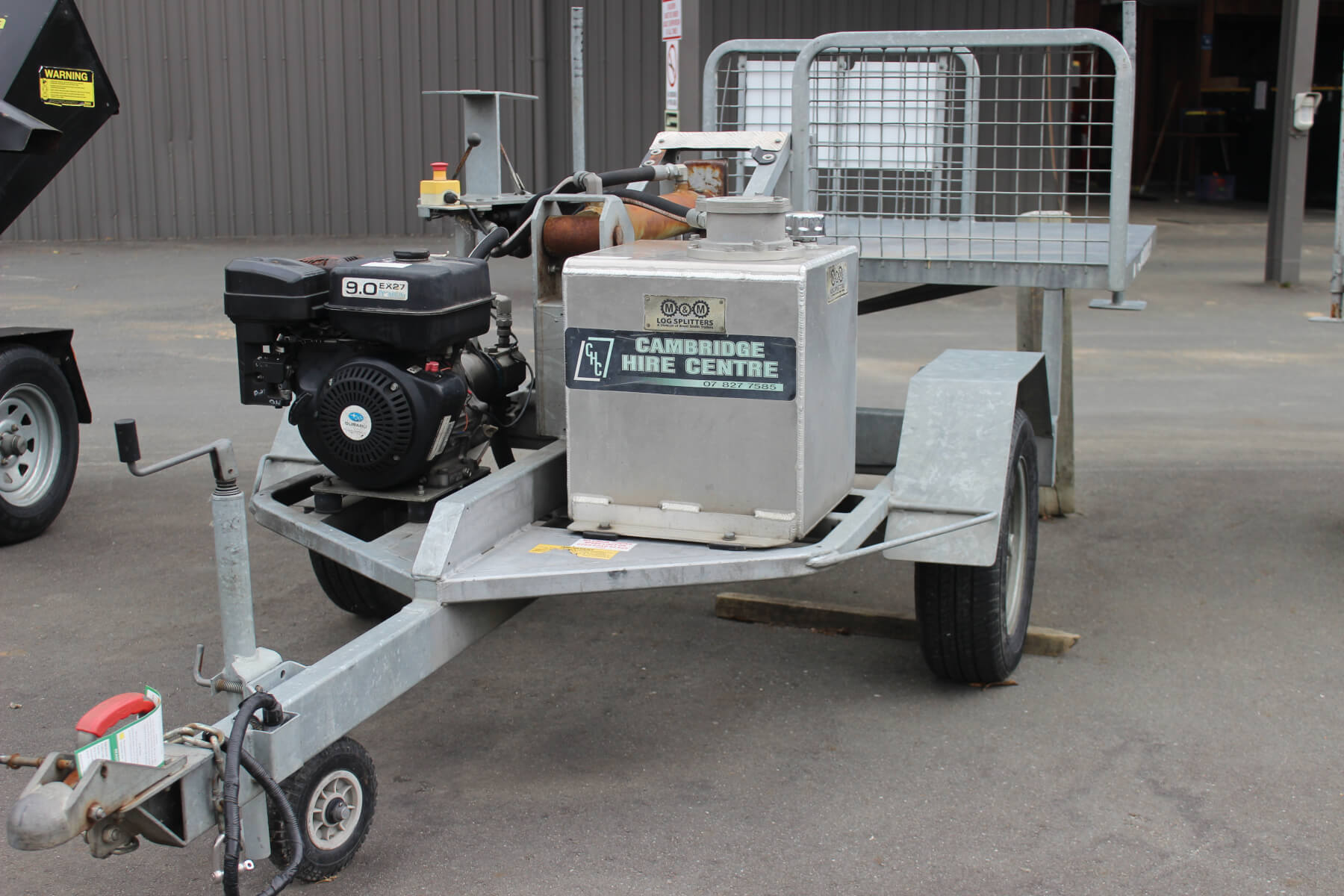 A newly-installed CCTV camera nearby roundabout didn’t capture the vehicle, but the business’s own security cameras managed to catch a glimpse of the culprit – an unrecognizable, averaged sized adult.

“He definitely knew what he wanted,” said Kibby.