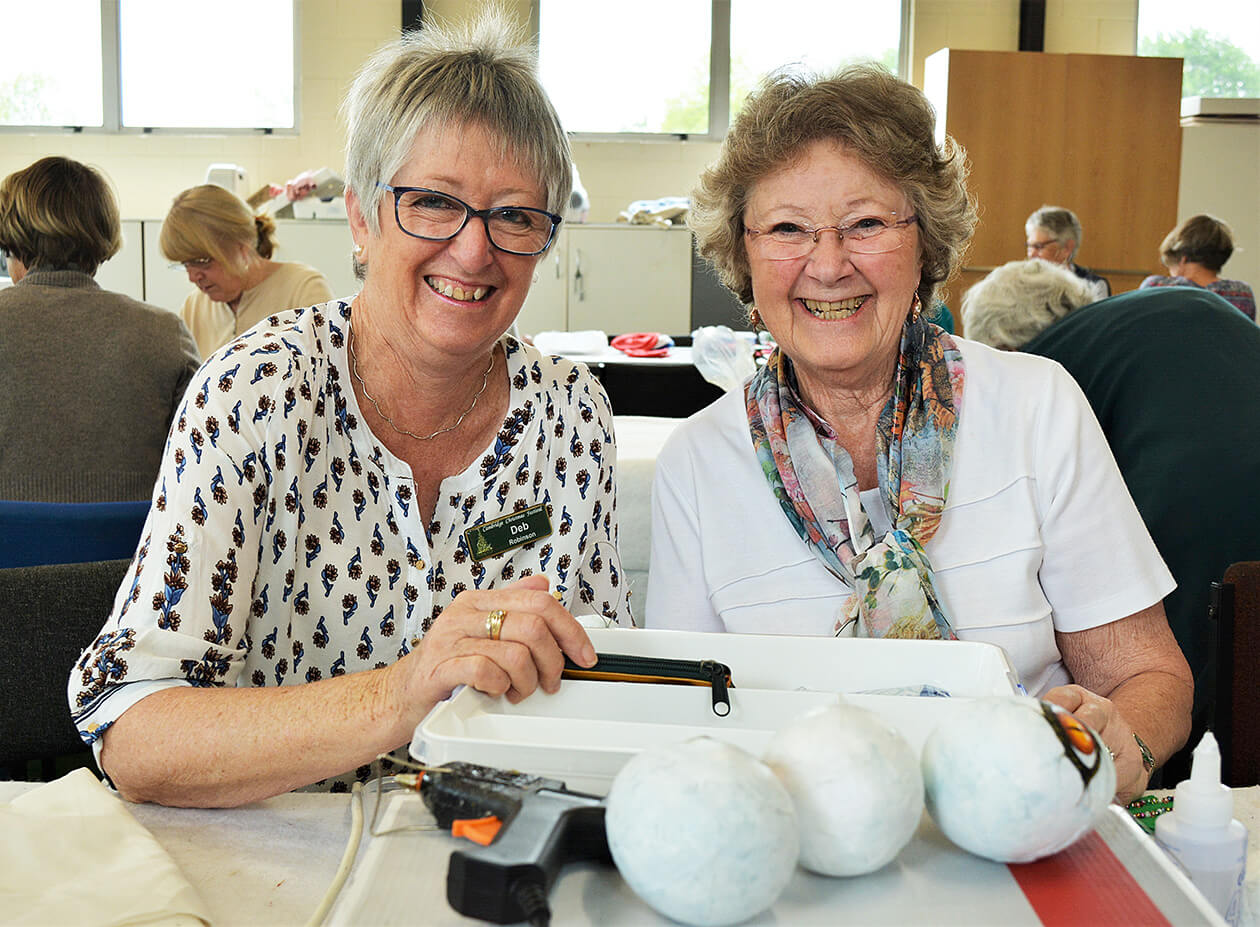 After nine months of toil, tea and chatter, members of the Cambridge Christmas Festival Society are getting ready to move their festive crafts into the town hall this weekend.

Between 30 and 40 of them have been meeting in the Cambridge Brass Band rooms in Vogel St almost every Tuesday since late February, making hundreds of items to hang on trees and sell in the Christmas Festival shop.

The annual Christmas Festival has been a highlight of Cambridge’s festive season for more than 20 years. It traditionally donates its seasonal takings to community groups who are selected following an application process. Society president Deb Robinson said the theme for this year’s festival was This is Cambridge.

“We’ll be decorating a lot of trees with some sort of connection to Cambridge. There will be a Cambridge Tree, a Maungatautari Tree, a Bihoro Tree and Le Quesnoy Tree, a Sports Tree, a Café Tree and a Dinosaur Tree for the kids.”

The group will start moving into the hall today, November 24 in preparation for a November 29 opening to the public.  It will run until December 17.