Armistice in Cambridge in pictures

It was a mixed bag for the Armistice in Cambridge event at Karapiro over the weekend, with beautiful weather welcoming 2000 people through the gate on Saturday for the 20th annual event.

Then there was a mid-morning cancellation on Sunday due to rain, and a few exhibitors decided to pack up and leave. But then a shift in the weather attracted a steady stream of visitors throughout the day, enjoying the event free of charge due to the reduced number of attractions.

“It was the first year we’ve ever had to cancel a day due to weather, in 20 years of the event running, so I think that’s pretty good,” said Paul Watkins, chair of the organising committee of Armistice in Cambridge.

“it was a disappointment for Sunday, but it was still a successful event and next year will be even bigger and better.

“Saturday was extremely successful. Overall I have to say it was an amazing success.” American re-enactors in a WW2 jeep – one of the many kids activities. Photo – Michael Jeans.

Watkins said one of his highlights was the daily artillery barrage – featuring antique guns, mostly ww2 and an 1880s gun, firing blanks out over the lake.

And a free show on Saturday night featured a performance by an 80-strong brass band in front of a 200-strong crowd, with cannons firing during Tchaikovsky’s 1812 overture.

He said the children’s challenge were most popular – they received a custom-made Armistice in Cambridge medal for completing seven of 20 available activities. Some managed 14 and were awarded two medals.

“The medals were an absolute hit, it was quite amazing,” said Watkins, who along with the other organisers handed out well over 600 medals.

One of the kids activities to win a medal involved rowing a Navy cutter. Photo – Michael Jeans.

Despite the issues on Sunday, Watkins confirmed they still covered their expenses. “That’s life, it’s just onwards and upwards to the next one.”

Organisers have already come up with a few themes for next year and will have a meeting later this month to begin planning the next one. 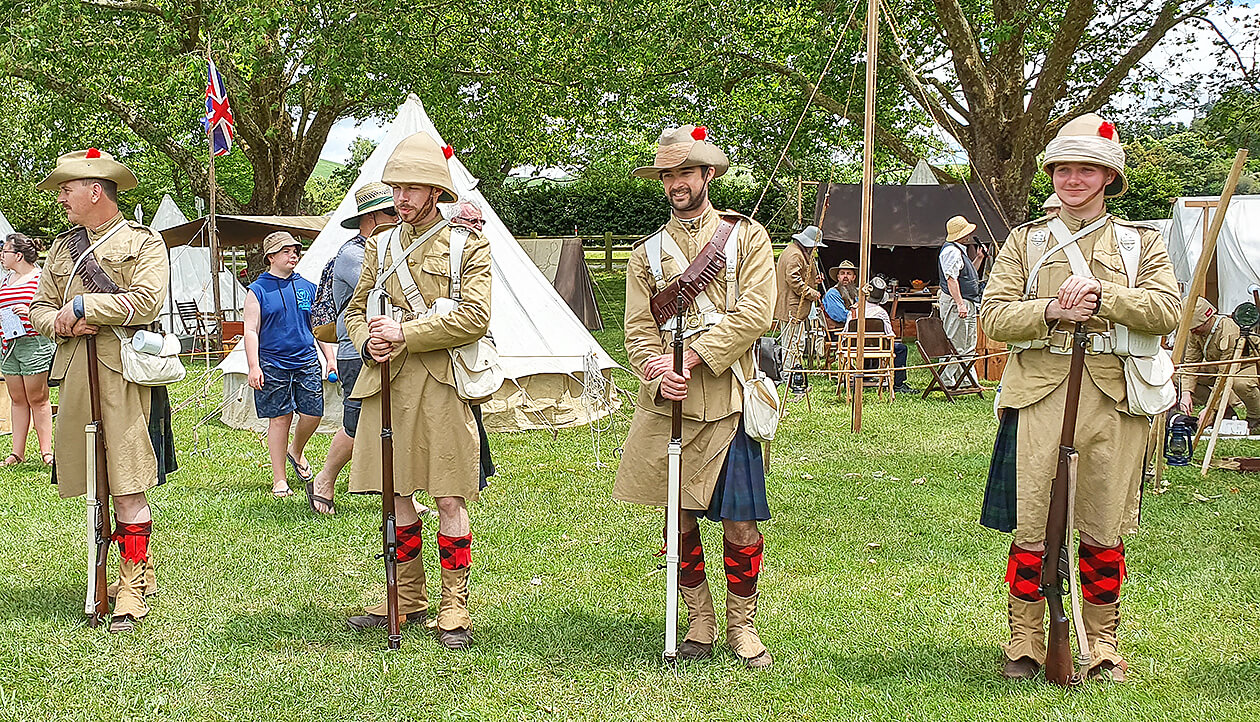