All go for Armistice 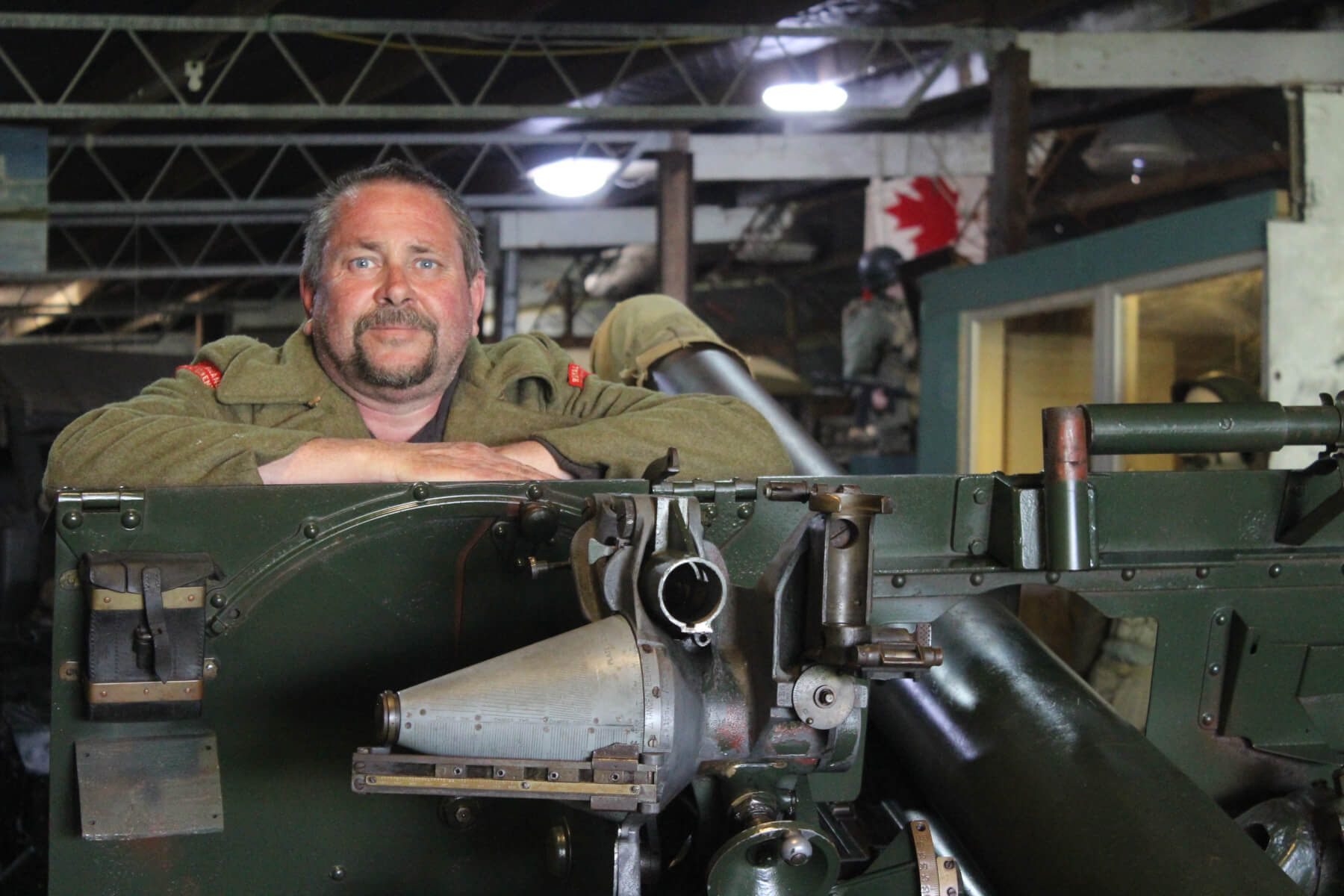 Over 100 military vehicles, hundreds of militaria items and 200 people, from battle reenactors to souvenir sellers, will assemble at Lake Karapiro this weekend to welcome in hundreds of visitors to the annual Armistice in Cambridge event.

It’s not a glorification of war, says organiser Grant Moreland, but an opportunity to remember what happened in wars gone by, and the ultimate sacrifices made by very brave men.

“It’s that so it doesn’t get forgotten,” said Moreland, curator and owner of the Tauwhare Military Museum five minutes north of Cambridge. “There aren’t a lot of opportunities in New Zealand to see this sort of line up.”

He said the past couple of weeks had been “the final mad dash” to get everything ready, and agreed New Zealand roads would have some rather interesting vehicles on them heading to Mighty River Domain from all over the country.

“It’s a good chance once a year for everyone to get together and show off their toys,” he said. “If you’re just going to have it locked away in a shed, what’s the point? Other people should enjoy it too.”

The event includes all areas of military heritage, both New Zealand and British, as well as German, Russian, even Roman.

“It’s all periods of militaria, there’s a whole lot of different groups that come.

“There’s the enthusiasts and collectors, and then we’ve got the horse troop, a few re-enactment clubs, the Romans, Norsemen, archers… they’re all very passionate, to put it politely.

“They do an awesome job.” Moreland has been involved with the event from the start, when it began in 2000. His dad Andy, who he helped establish the Tauwhare Military Museum, was one of the founders of the event, beginning at Victoria Square before moving to the Hautapu rugby grounds and eventually Karapiro Lake, where they had more room for exhibitors and sound permits to make things go “bang”.

The event starts at 9am on Saturday and Sunday and gates will stay open on Saturday evening for a sunset symphony performance, featuring the Cambridge Brass Band along with an artillery barrage of epic proportions, featuring Greg’s own World War II 25-pounder field gun and a two-pounder anti-tank gun, along with several other guns and historic weapons, all fired by matching soldiers in uniform.

“We’re going to be bringing the noise this year,” said Grant, who said one of his favourite parts of the event was getting the chance to actually fire some of his museum pieces. The 2017 Armistice in Cambridge featured a real tank.

Antique planes will be on display too, flying overhead around 9am on Saturday, featuring a Tigermoth, a Chipmonk and a replica german Storch (Stork). On the lake will be an early 1900s steamboat giving rides, and an amphibious WW2 Army DUKW commonly known as the “duck”, being used as part of the D-Day re-enactments.

Greg  will take along a half-track armoured personnel carrier and another truck, both from the second world war, and a 1966 Alvis Saracen. “And we’ll set up tent where kids can dress up in old military uniforms and have their photo taken with a Vickers heavy machine gun. The kids’ activities are educational as well, that’s the whole idea of it, so they can get involved and learn a bit more about it.”

Children can take part in seven of 20 activities to earn a specially made military medal.

Event details are on the event Facebook page or at armisticeincambridge.org.nz. Tickets will be on sale at the gate at $15 for adults or $5 for children 12 and under.