Two CBD cameras were installed on Monday and Tuesday last week – one near the town clock, the other near the Fort Street and Victoria Street intersection.

At 1am Tuesday morning, robbers tried and failed to break into the clothing store. A concrete slab was used to attempt to get in, but the alarm was set off the thieves ran away empty handed. 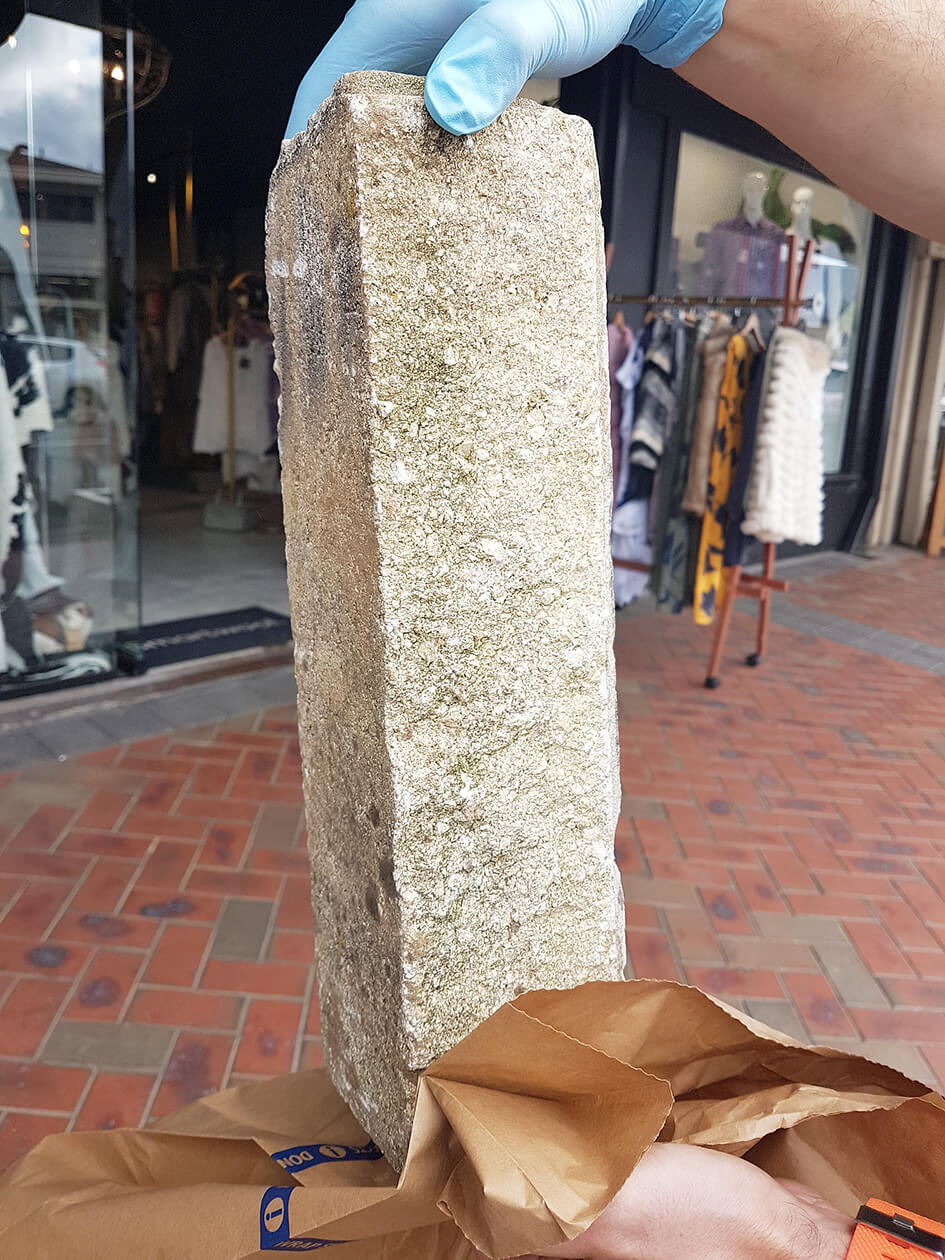 Detectives examine the concrete slab left at the scene.

Police have tested the slab for DNA and fingerprints.

They would not say whether or not CCTV in the area had been reviewed as part of their investigation but asked anyone with information about the incident to phone 105 and quote file number 191008/1796.

Oxfords Clothing store manager Daniel Smith said he was frustrated by the attempted burglary but satisfied with the prompt response by Cambridge security firm Watchu.

“Thankfully nothing was taken. The local businesses and Cambridge residents have come out and really shown their sympathy and support.”

Store owner Donna Devcich said she was humbled by the community response in the days following the incident and had looked forward to the installation of CCTV cameras in the CBD.

“Clearly some are taking advantage of the lack of surveillance around town,” she said. “The new CCTV cameras will make a difference, not only for the security of our shops but also the safety of local residents and visitors, by providing a safer environment for our growing community.”