One of the country’s largest industrial builds is taking shape out at Hautapu – the new APL site.

Currently stretching about a quarter of a kilometre, the structure is only halfway towards what will be its full length.

Once completed, the 44,000 square metre factory will produce APL hardware for windows and doors, and glassware under the company’s new business AGP (Architectural Glass Products).

All going to plan, the new factory – one of three being built at the site over the next eight years – will be operating by mid-March 2020, and serving customers by April 2020. It will produce 40 new jobs in the glassware department from day one, potentially building to 80 over time. It’s somewhat of a homecoming for the company – New Zealand’s largest manufacturer of aluminium windows and doors – having started in Cambridge on Bellevue Rd in 1971 by the Plaw family.

By the mid 1970s it had moved to Te Rapa, and has operated out of its Pukete headquarters since 1994.

“We’re now on four sites in Te Rapa, hence the reason of wanting to consolidate on the one site going forward,” said Vincent.

Mitch Plaw, a major shareholder of APL, said Hautapu was “the perfect fit in terms of scale, location, infrastructure and servicing and the ability to create a significant connection with the local community”.

The move originally came down to two potential sites which provided the 600m long boundary they required – Titanium Park in Tamahere or Hautapu’s industrial area.

“There were only two sites available to us in the end, they were both in the Waipa district, and we chose the Hautapu one because of its location to the expressway, there was nowhere else that gave us the access to date,” said Vincent. “With the Southern Links project being put on hold and really not knowing where that would go, you had to look at it and say that what was available at the Hautapu site was much better, and functionally it was absolutely right for us location wise.” Land development began in January – by Cambridge companies C&R Developments and Beacon Hill Contracting. Hamilton’s Foster Construction is carrying out the build and are now five months into the project, working alongside a number of sub-contractors and other trades companies.

There are anywhere from 150 to 200 workers on site daily, now over halfway through the steel framing and nearly completing the 450m by 110m floor.

“It’s not your typical industrial warehouse that’s being built, it’s our intention to build an architectural structure,” said Vincent. 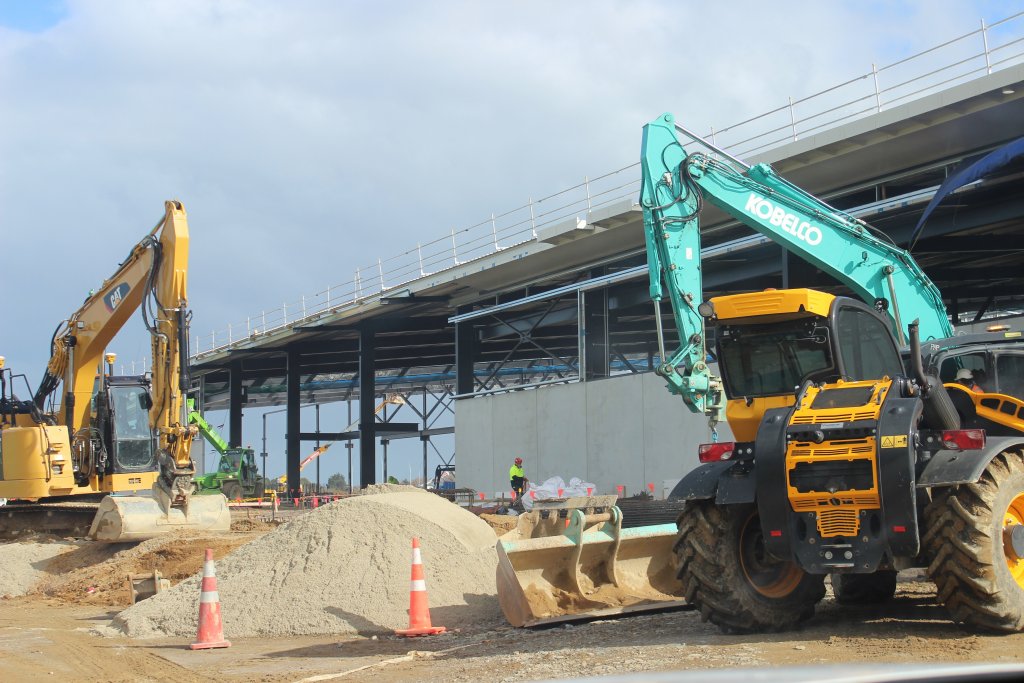 Several companies are working on the Swayne Rd build.

Machinery for the plant itself will begin to arrive next month. Once all 245 containers have arrived from Europe, installation will begin mid-October.

Stage two of the project, beginning in 2025, will see two more factories built – nearly as big as the first one – which will be the APL extrusion warehousing, powder coating and logistics. Once operational, the rest of APL’s staff will eventually move to the new Hautapu location – though the company again expects some staff to opt out of the move, opening up more potential jobs for Cambridge locals at the Hautapu site.

With 600-plus employees on site by 2025 – 2027, the company plans to build a campus to provide a childcare facility, cafeteria, gym and possibly a healthcare centre. Already the first factory now being built includes a large cafeteria and commercial kitchen.

“Our intention is, we see everything being out at Hautapu within 10 years probably, but with any luck it will probably be before that,” said Vincent.