Another notch in belt for powerlifters 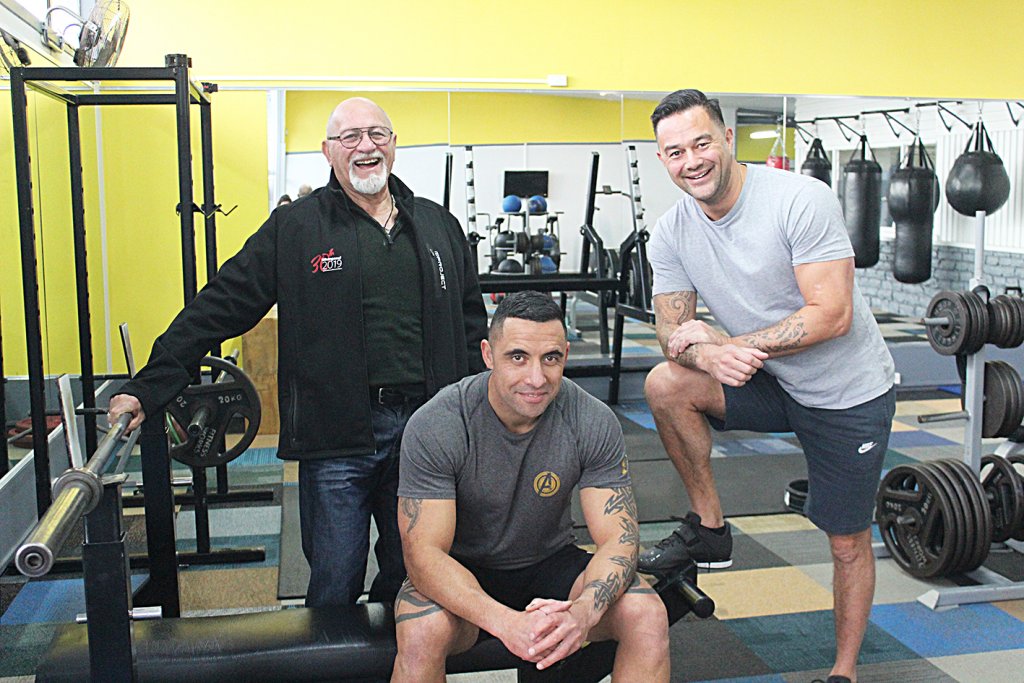 Powerlifters Doug McWatters and Josh Manuel (right) are back training at the Cambridge Fitness Centre with coach Doug Mienie (left).

Two Cambridge powerlifters have returned from the New Zealand Powerlifting Championships with valuable experience under their belt.

Having won their divisions at the regional round, Doug McWatters and Josh Manuel competed in the Open and Masters 1 divisions respectively, Manuel placing second overall and McWatters making the top 10.

Coach Doug Mienie was happy with their progress, noting they started the sport just 18 months ago.

“They’ve got a lot of potential.  It was their first nationals, and the competition was hard. They did really well.”

He said the focus now was continuing to perfect their technique and power ahead of the next competition, the Waikato Classic, in November.

McWatters, who was sick on the day of competition, was happy with the experience at nationals. “I was just looking to have a good comp. Enjoy, learn, and take as much experience from the seasoned lifters as I could.

“That’s really your main competitor,” coach Mienie added, resting his hand on the weight bar inside the Cambridge Fitness Centre where they train. “The bar and the weight, gravity, it doesn’t change.”

Manuel was impressed by the calibre of lifters from the other regions.

“There’s some big strong guys out there. The whole atmosphere was quite impressive.”

Competing across the squat, bench press and deadlift, he lifted a total of 520kg – 5kg off the qualification standard for the Oceania competition, with a 165kg squat, 125kg bench press and 230kg deadlift. McWatters reached a 607.5kg total – 210kg squat, 132.5 bench press and 265kg deadlift. He qualified for Oceania event during the regional round but was unsure whether he would compete.

The venue for the event has not been set, but it is likely to be overseas.

“We’d need to sell a lot of sausage sizzles!” he said. “For now, I think I’m just going to focus on ending this year, working towards the Waikato Classic, and then reassess next year.”