A golden week for Thomas 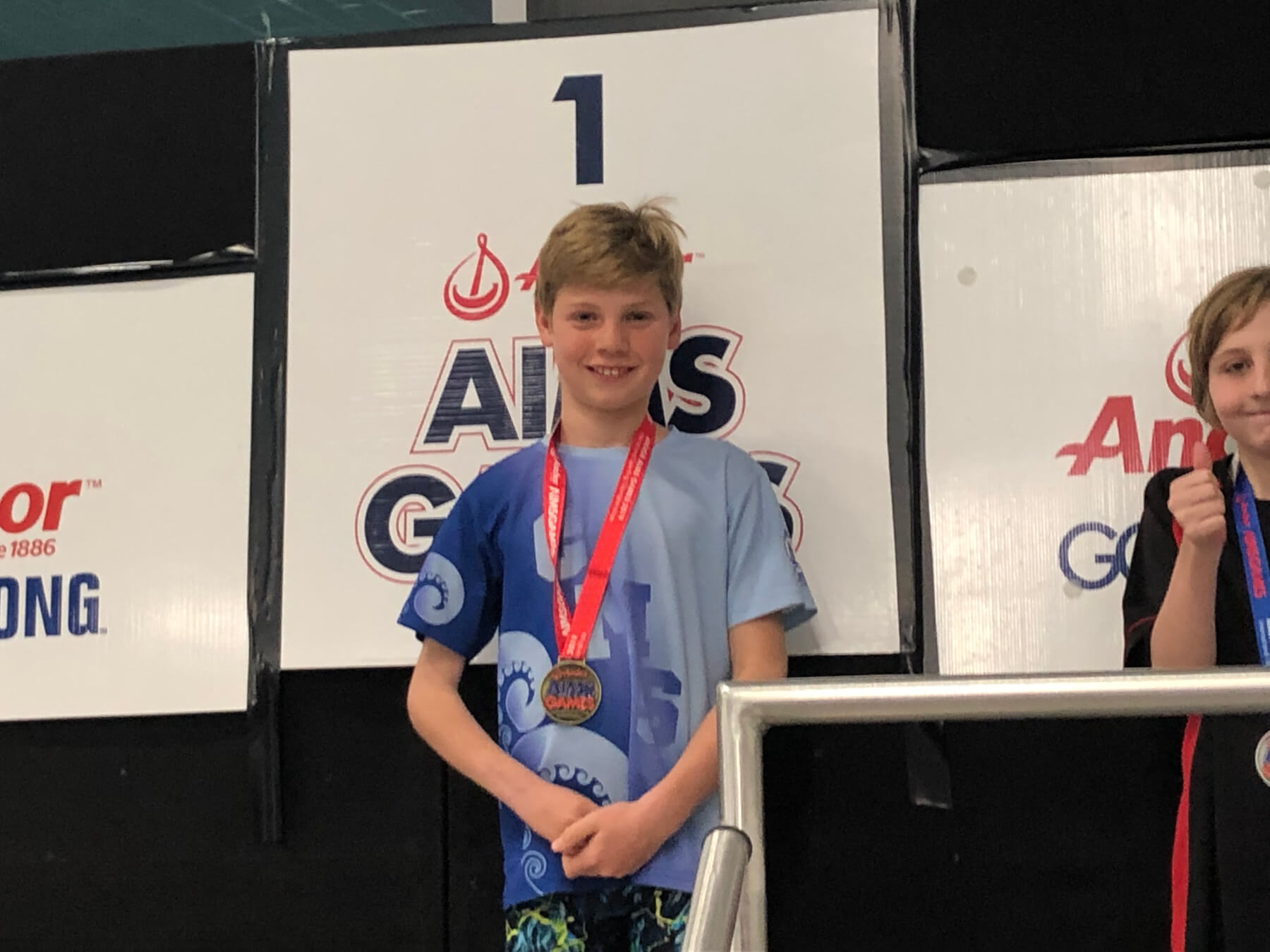 Thomas Szabo beat more than the odds to celebrate a double-gold medal haul at the AIMS games Tauranga.

The 12-year-old Cambridge Middle School student with a love for sport competed in para swimming events at the Anchor AIMS Games, which attracted 11,500 athletes who competed over six days in 23 sports.

Thomas raced at the Baywave Aquatic Centre in freestyle, backstroke and breaststroke over successive days.

“It’s great that a tournament like this includes para sports, it’s a chance for kids like Thomas to do something they love and compete against their peers,” his mum Clare told the Cambridge News.

Thomas has cerebral palsy as a consequence of a stroke which left lasting damage.

Clare Szabo said his disability affects the right side of his body – “his arm is his biggest weakness and he will often find a way to do things one handed.”

His muscles are tight and also weak and as a consequence he must complete sets of stretches each day and has Botox every nine months to relax his muscles.

At the end of last year, he had surgery in his right hand and wrist to release tendons.

“He is so sporty and determined though, he plays soccer, swims and cycles at the velodrome,” Clare Szabo said.

She says he has been swimming for about three years now and trains every Monday.

Thomas attended the event with his family while school staff watched a livestream of the events.

“It was an amazing experience and opportunity for him and us. When Thomas won his two gold medals, he was very emotional.

“He absolutely loved it once he got out there, he did amazing and we’re so proud.”

“The AIMS Games have included the para swimming section for three years now and so many people aren’t aware of it.

“The crowd was awesome, and the staff were so supportive, everyone loved the atmosphere. It was a fantastic tournament.”

Sophie Pascoe has been a trail blazer for Paralympic swimming in New Zealand and the multiple world champion was in the headlines again this week when she collected four golds at the World Para Champs in London.

Thomas says he hopes to do well like Paralympic swimmers Pascoe and Cameron Leslie one day.

“I can’t wait to go to the AIMS Games again next year and keep training hard.

“I was really happy to win the gold medals; everyone is really proud of me.”