Tim Ferguson (Cambridge) jumps clear at the start in the 35 and Over class at the UCI BMX World Championships in Zolder, Belgium. Photo – Nico van Dartel.

Cambridge’s BMX racers competing at the world BMX championships in Belgium have come away with good results, but not good enough according to the dedicated racers.

“That was way worse than last year,” said Tim Ferguson, who made a valiant defence of his men’s 35+ title after winning it in Azerbaijan 12 months ago. “I trained harder but that was way harder.”

After three qualifying motos Ferguson won his eighth and quarterfinals, before finishing third in his semifinal.

Heading into the final race he elected to choose the outside lane draw to stay away from the almost inevitable first corner crash, and made a great start almost getting the holeshot into the first corner, only to be denied by Vallejo who he then tracked to the finish, never quite getting close enough to attempt a passing manoeuvre. A shattered Ferguson had just completed seven races in four hours.

Ferguson had every reason to be exhausted racing in the 35-degree heat on Sunday (NZ time), which was six degrees cooler than the Belgium record recorded the day before.

Day two of the competition on Thursday was just as scorching at 39 degrees, but it didn’t stop the resilience of 12-year-old Lily Greenough. The Cambridge BMX rider who recently captained a successful New Zealand Mighty 11s team entered the competition as the world number 3 in her age group from last year’s world championships. She hit the ground running in her first moto so to speak – her foot slipped from the pedal and hit the ground, twisting her ankle. She kept racing though, with her foot elevated on ice between races, and managed a succession of second and third places before finally succumbing to the injury and placing fifth in her semi-final, just missing out on a place in the main event. 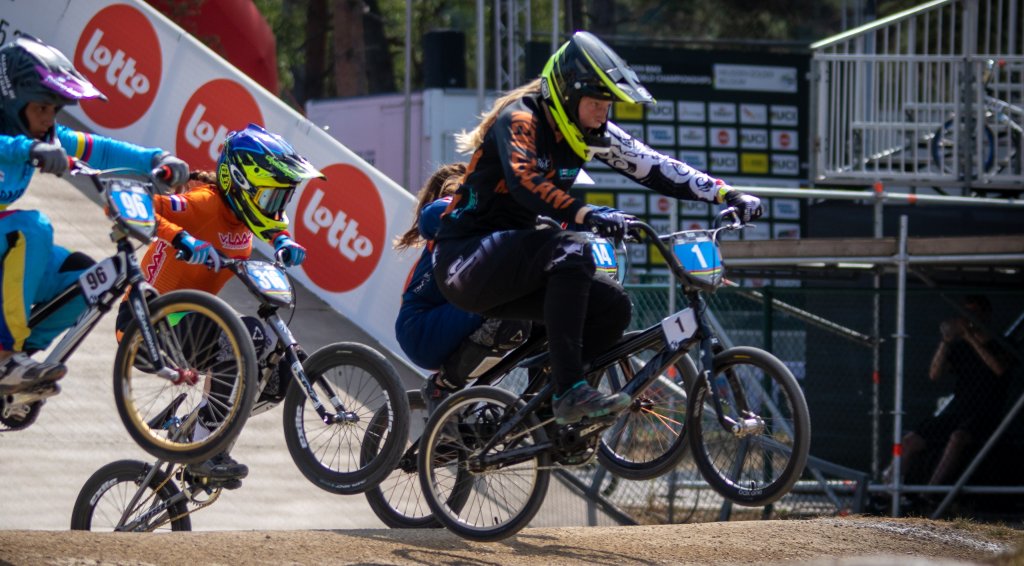 Meanwhile Cambridge’s six-time world champion BMX star Leila Walker, who has consecutively won the world title for her age group six years in a row up to 2018, was unable to make it seven for seven competing in the 14 year old girls division.

She finished eighth overall after an unbeaten day of racing through motos, quarterfinals and the semifinal. In the final she raced neck and neck with Dutch rider Lissi van Schijndel down the first straight. The pair touched as they hurtled into the first jump on the second straight, and it was enough to unbalance Walker. She then lost momentum and control of her bike and crashed.

Rico D’Anvers and Tasman Wakelin, Cambridge’s only junior elite riders at the event, made it through to the semifinals and quarterfinals respectively.

D’Anvers qualified top in his group with two wins and a third in the motos. After a fourth place in the quarterfinal he was taken out by a fallen rider in the semi-final. His fellow Performance Hub rider Tasman Wakelin qualified fourth in his moto group but was washed out on a slippery corner in his quarterfinal.

Cambridge-based BMX rider Sarah Walker, who won the elite world title in 2009, was competing in the elite women’s division alongside Te Awamutu’s Rebecca Petch and the pair both made it through to the quarter finals.

Walker was disappointed she did not go further in the competition, with her second heat moto victory the high-point. “I managed to get out of the start on that second moto to win against the eventual third placegetter. But that was the only race I got to really go for it. It was gutting,” she said.