Doug McWatters during a deadlift at last week’s training.

Two Cambridge powerlifters will compete at the New Zealand Powerlifting Championships this weekend.

Doug McWatters and Josh Manuel won the Open and Masters 1 regional titles respectively at the main buildup to the event, the Waikato-Bay of Plenty round.

“It was a team success,” said Doug, 39, who quite easily beat competitors in their early 20s. Next year he’ll move up into the Masters 1 category when he turns 40, but not before defending his open title at the 2020 regionals scheduled for early next year.

“It has been a long time training to get here, the hours we put in the gym have definitely paid off for us as a team. We’ve got a real brotherhood, not just Josh and I but our training partners and coach Doug Mienie.

“His inspiration and his knowledge is invaluable.” 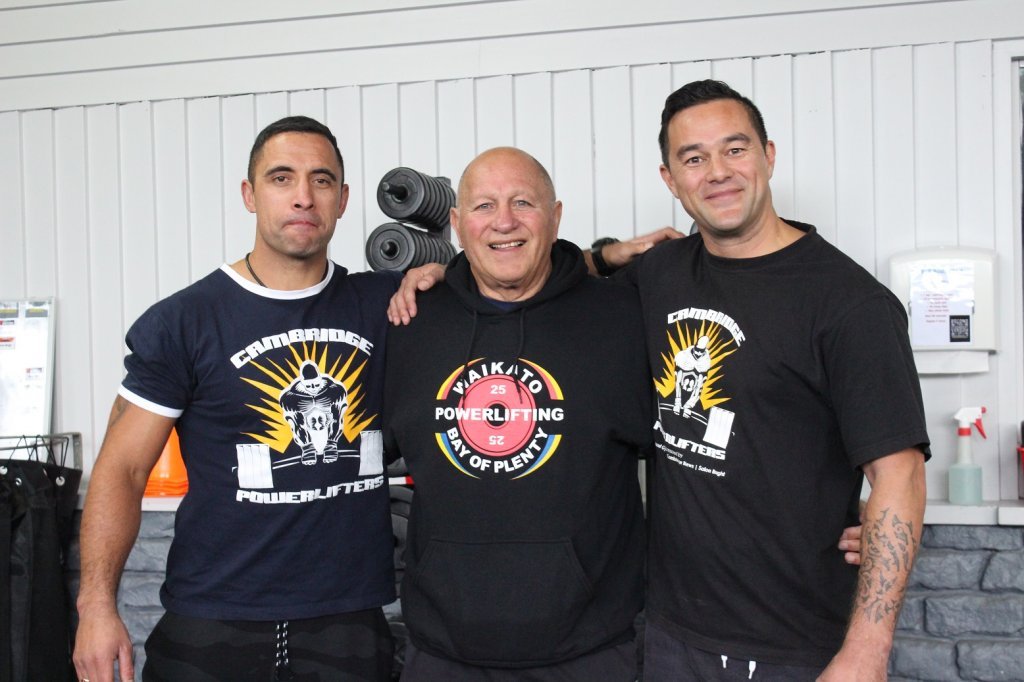 Mienie, whose star plaque was added to the Cambridge Sports Walk of Fame in December, has achieved multiple Oceania gold medals in powerlifting in recent years, as well as being a Masters Games champion swimmer, a New Zealand Judo representative, silver medallist wrestler and a top-ten world champion bodybuilder in the 1980s.

“I’m very pleased with their progress,” said Mienie, having trained the pair at the Cambridge Fitness Centre since late 2017.

At the regional competition McWatters set a new record for the deadlift at 265kgs, and a new mark for the total, squat, bench press and deadlift,  at 610kgs.

“At nationals I’m hoping to better my regional total, get some competition under my belt, and maybe increase my total by 10 or 20kgs, just up the PB (personal best).”

For Manuel, the aim is to hit a 545kg total, having achieved 520kg  at regionals. To qualify for next year’s Oceania competition he needs to achieve at least 525kg at a regional or national event. McWatters has already qualified.

“Josh is coming on very good, in trainings he’s beaten all of what he did at the regional competition,” said Mienie. “He’s already ‘qualified’ in the gym, he just needs to do it officially at nationals.”