“One day at a time’ for shooting victim 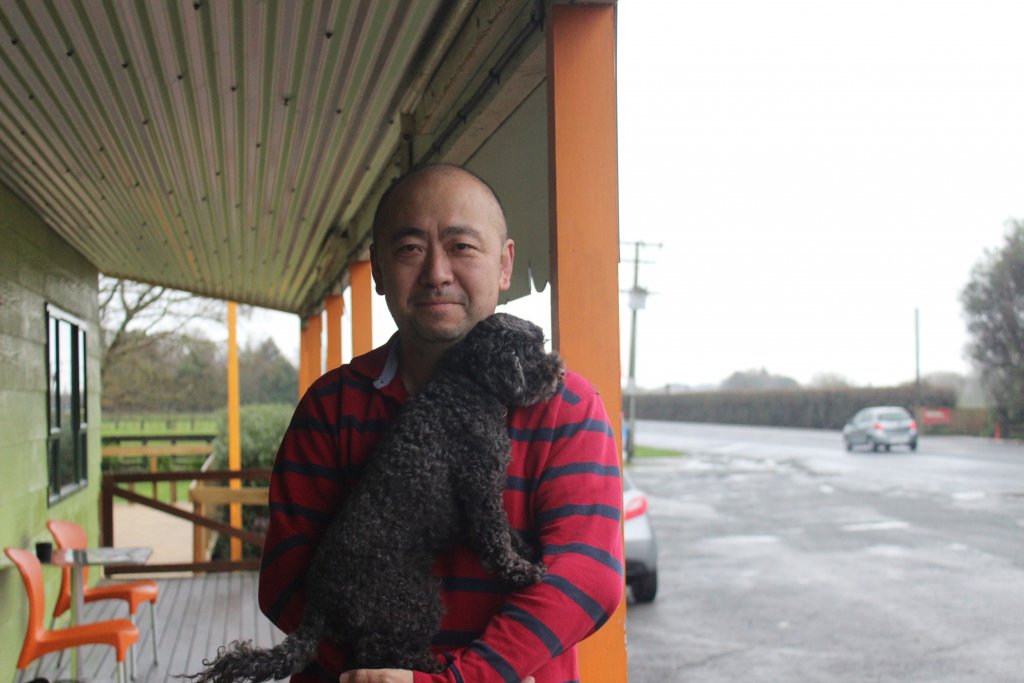 Now back at work at the Karapiro Café, Jim Zheng is enjoying the steady return to normal life aided by the support of his customers.

Jim Zheng is back at the helm of the Karapiro Café and Gifts store, four months after being shot there.

“I think I’m lucky I didn’t die,” the 48-year-old told the Cambridge News.

Zheng revealed he still had a bullet lodged in his head as a result of the Anzac Day shooting.

Doctors, who have been surprised at the speed of his recovery, say it would be too dangerous to remove it.

He says his focus now is taking one day at a time as he picks up light jobs around the roadside café, which he has owned with wife Cindy for three years.

He is committed to keeping the business going.

“It is a change for me, before I thought I could do every job in the shop, I liked to be fast, but now I have to be slower. I just need to carry on. That’s what the family needs to go ahead.

“We have three children, we need to support the family. We’ll just see what happens next.”

Zheng continues to have numbness on the front left side of his head, and occasional memory mix-ups. He had considered returning to Auckland, or closer to Cambridge, where recovery could be better supported – but he’s found a place in the Karapiro community as the fourth owner of the 50-year-old café and doesn’t want to leave.

“I want to stay here, but this is a hard time for us.”

Jim said his customers and the community had been very supportive, leaving flowers and messages of support.

“They’re lovely people, I love them,” he said.

But as a result of the April 25 incident he tended to stick to the safety of his nearby home in the evenings instead of enjoying a social outing or playing badminton with his son at the Cambridge High School gym.

“I don’t know why, I just close the cafe and go home and shut the door, and that’s my place,” he said.

“So now for me it’s just, after 4 o’clock I just close all the gates, all the doors, it’s like I put myself in the jail. Because before we didn’t do these things.”

A 67-year-old Leamington man was charged with wounding with intent to cause grievous bodily harm following the Anzac Day incident. The Hamilton District Court was told in May the man, who has interim name suppression, was being cared for at the Henry Rongomau Bennett Centre under the Mental Health Act.