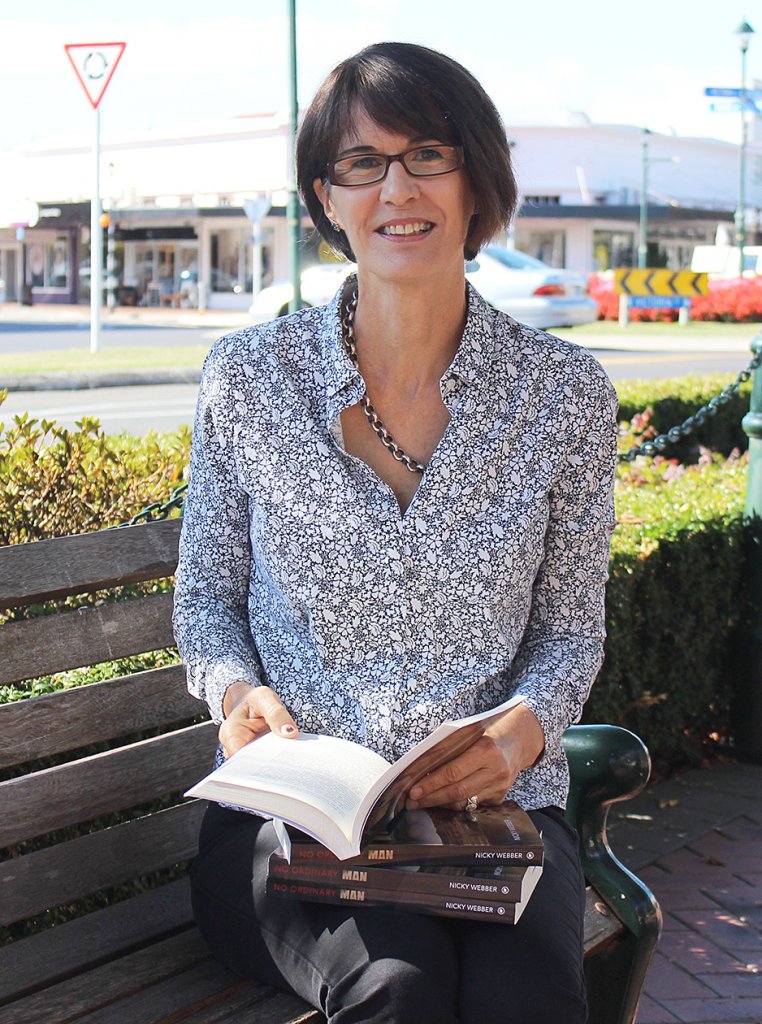 Cambridge author Nicky Webber will introduce her new book at the Hamilton Book Month next weekend.

Featuring at the Local Authors event on August 10, Nicky will share details on her latest book In the Deep End – a contemporary romance about two couples who are best friends – and will be available to sign copies at the end.

The new book follows the release of No Ordinary Man earlier this year, which chronicles the secret double life of a WWII Anzac soldier.

The latest story delves into the past of the four main characters, unfolding events with a sense of urgency as they confront the impact of a lie that threatens to break them apart.

Amira Davis, the main protagonist, takes readers on her emotional journey recounting a long-term love affair with her husband’s best friend, Alex Jones. As the characterisation of the two families develops, the reader learns about the secret lies that conflict with outward appearances. A complicated premise dissects the deceit and betrayal and doesn’t let anyone off the hook.

Out for two months, the book is already receiving five star reviews online and work is already underway on a sequel aimed for release by the end of the year. Both of the Cambridge author’s published books are available at Paper Plus Cambridge or through Amazon.

A writer of subjects which push the social “norm”, Nicky said she loves topics which challenge social convention and take readers on an emotional journey; confronting their thinking, making them laugh at life and think about what they would do given a similar situation. “That’s the intrigue that keeps readers turning the pages,” she said.

The Local Authors event in the Hamilton Book Month kicks off at 11.30am next Saturday, August 10, running until about 1pm, at Trust Waikato, 4 Little London Lane, Hamilton. There, Nicky Webber will talk about In the Deep End and No Ordinary Man and will be available for book signing afterwards.

For a complete list of events in the Hamilton Book Month, go to www.hamiltonbookmonth.com.