Ernie: The man with the heart of a Lion 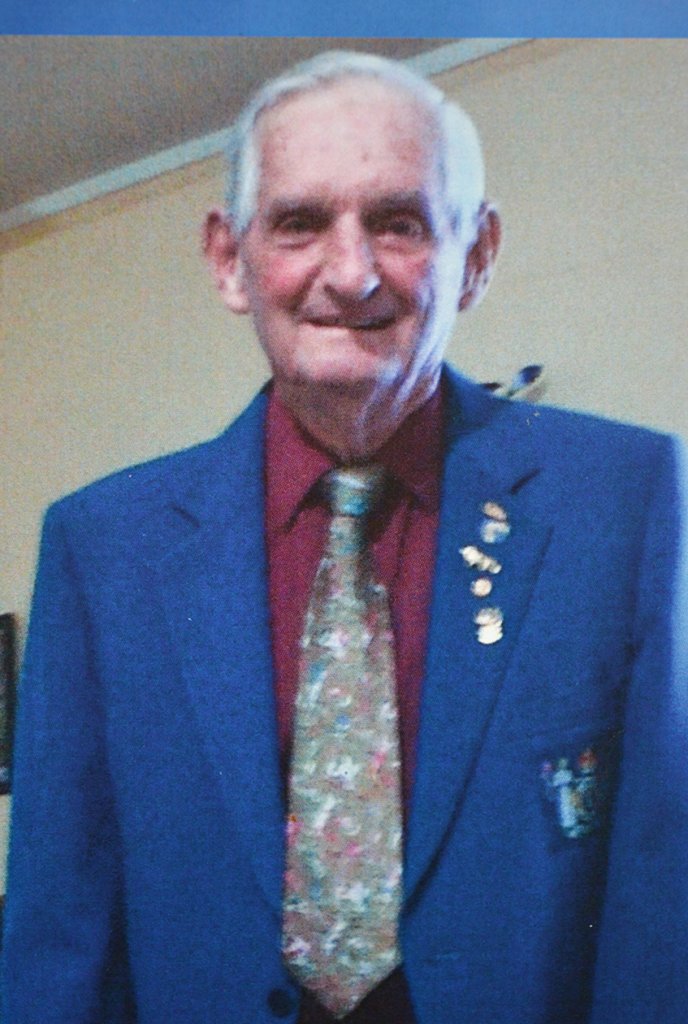 Ernest ‘Ernie’ Goodwin has been remembered as a devoted family man, long-time Lions Club member and a delightful character given to tricks and dressing up.

His grandchildren remember the kindest, sometimes funniest, of grandfathers. They will miss his Friday night fish and chips, his fondness for wiggling his false teeth and ears, and birthday greetings always conveyed down the phone by a singing hamster.

Cambridge Lions Club members, who shared tenure with Ernie over the 39 years he gave to the club, say he was cheerful and obliging, an electrical genius who was ‘one of the nicest guys you could ever hope to meet’; his late-in-life partner remembered ‘the big and little things we have done together’ through shared adventures.

Ernie died at Cambridge Oakdale on August 3, aged 90. His farewell service saw St Andrew’s Church bursting at the seams and ended with his departure through a Lions Club guard of honour.  He had joined the Lions Club of Cambridge in October 1980, taking on the presidency of the club for the 1986-87 year, and serving on numerous committees.

Those at his farewell heard of the many times he had driven through town calling through a loudspeaker for people to come along and support the monthly Lions Trash & Treasure markets.

Ernie’s son Neville said his father was an only child whose father had died when he was four years old.  The young Ernie attended Leamington School until going to Dilworth Boarding School at around age seven. He went on to do an electrical apprenticeship and married his wife Merlene in Hamilton in 1956; the couple set up home in Cambridge and went on to have three children. Ernie’s casket being carried through a Lions Club guard of honour.

“He had a lifelong passion for building things … trollies and playhouses for us kids,” Neville recalled “He was a great teacher, always encouraging us even if we were rubbish.”

He spoke of Ernie’s growing affinity for electronics when they came on stream – microphones set up behind bushes, and ‘moaning’ hosepipes under caravans to ‘scare the living daylights’ out of people.

After Ernie’s wife died, he took to the road with his dog, always taking the left turn to see where it led.  He became known as much for his wise sayings and dress-up spoofs as for his ‘slow burn grin’ and ready wit.  He married again briefly, but it was with Noeline Jones that he found a new joy in life.

Neville said the two went on to share many adventures, including one that saw Ernie and Noeline kayaking down a river when Ernie was spirited 88 years old.

“He was the kindest, most giving person I have known,” Neville said. “Most importantly, he gave time. He taught us that material possessions are nothing compared to adventure, fun, family and community.”