The Cycle Classic, pictured during the finish of Stage Two on Maungatautari Rd in January, will be staged in Masterton next year instead of Waipā as originally planned. Photo – Dave Lintott / lintottphoto.co.nz.

The Cycle Classic brought to Waipā for a three-year stint is gone after one, and organisers say one reason is the lack of a decent hill to ride up.

The five-day international elite men’s road race, part of this year’s RIDE Festival in Waipā, will return to Masterton in 2020.

Cycle Classic race director Jorge Sandoval suggested the News quiz RIDE Festival chair Simon Perry, but said there were a number of issues which led to the move back to Masterton.

One was geography – it had been a real struggle to find a suitable hill for the King of the Mountains competition.

“Waipa may be suitable for one day club races but not for a five-day international tour,” he said. 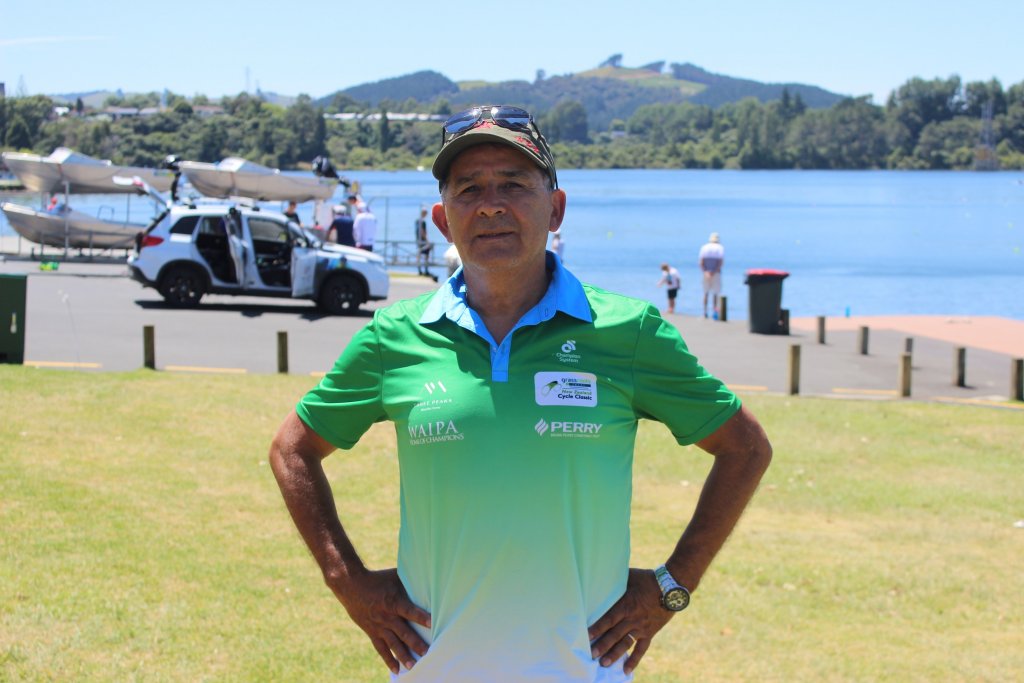 Jorge Sandoval pictured after Stage 2 of the 2019 event at Karapiro.

The classic in January was staged in and around Cambridge and Aaron Gate won the supreme title.

Those events helped boost spending in Waipa by 3.4 percent compared to January 2018, and $3.5 million was spent by people from outside the district.

The highest day of spending was January 25, during the Cycle Classic, when it is estimated the attractions contributed to $862,000 being spent in Waipā.

Simon Perry told the News Sandoval’s vision for the Cycle Classic was very focused around the event and its commercial outcomes, where the RIDE Cycling Festival’s vision was considerably wider.

RIDE’s goal was to become community cycling event with the biggest impact on its community in the country, along with attracting visitors.

“We believe that supporting the Vantage Elite and U23 Road Cycling Nationals is the best way to achieve that – we can’t wait,” he said.

Sandoval said the Cycle Classic was not a commercial venture but did require funding and sponsorship.

Waipa officials and event organisers expect the district will still see  another successful January, when a range of 2020 events will be staged as part of the RIDE festival.

“The race brings some of the country’s best male and female riders to the district and the chance to showcase all that Waipā has to offer to a wide audience.”