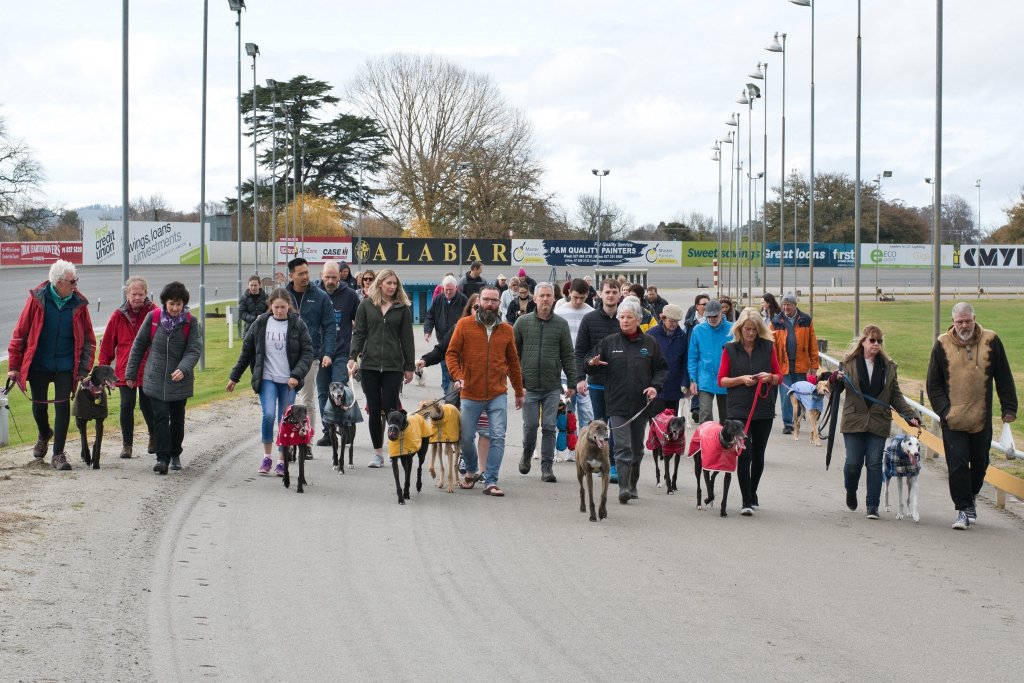 “This is the third time the club has held one of these and was the most successful with 42 greyhounds and two honorary greyhounds attending,” club president Jenny Bartlett said.

The club opened up their kennel block and did a walk on track with all the owners and their dogs. “We do this to show the industry facilities in a positive light,” Jenny explained. “We at Waikato are proud to do this and we are able to show that animal welfare is very important to the industry.

“What you see or hear on the media isn’t all the truth and it’s nice for the new owners to be proud of where their pet has come from.”

During the educational day the club described to greyhound owners what a day in the life of a race dog is like, and dispelled some of the myths.

“For example the kennels are cleaned on a weekly basis, the kennel block is air conditioned. All dogs must have an appropriate bed to lie on while in the kennels. Dogs are weighed and they cannot be more or less than 1.5kg over or under their last race day start. If they are, the trainer must have a valid reason. We always have a vet on duty from the time the kennels are open until the last dog leaves for the day. Every dog is checked over by the vet before being put into their kennel prior to racing.”

The club also ran raffles, silent auctions and collected donations for rehoming agencies Gap, Nightrave and May Hounds. Jenny said those interested in adopting a retired greyhound can contact those agencies via social media to find out more. Greyhound Walter stands on the podium with his honorary race ribbon and his owners. Photo – Bodiam Photography.