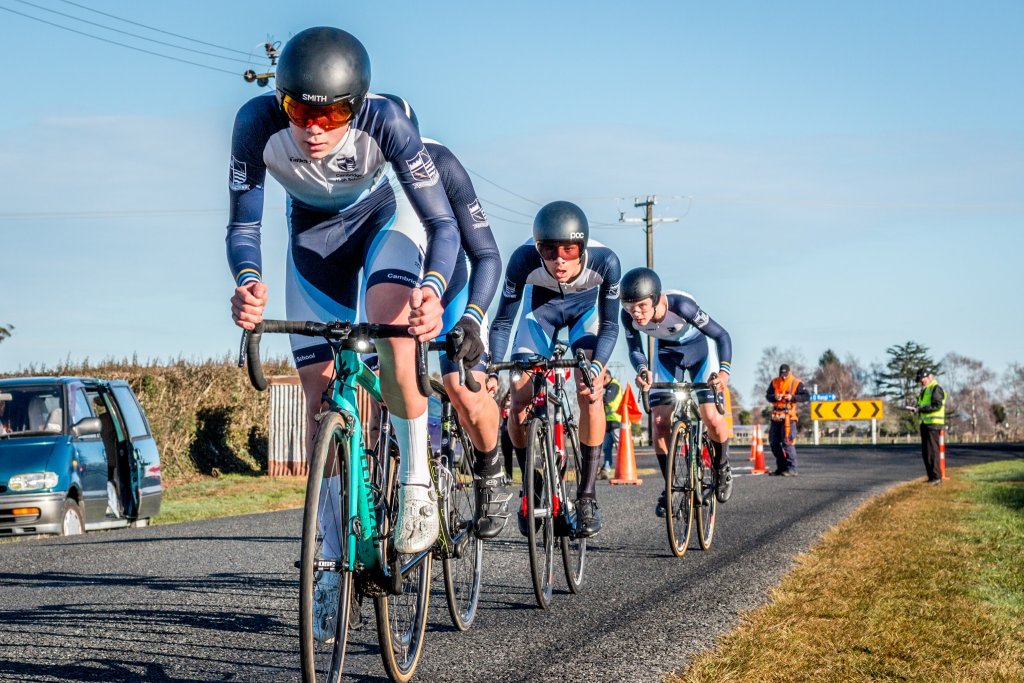 Cambridge High School cyclists collected a raft of titles and trophies over last weekend during the North Island schools road and track cycling championships, earning enough points on the Avantidrome track to be named top overall school. St Peter’s School was close behind for second.

“The Cambridge High School track team produced exceptional performances, lighting up the track with speed and demonstrating an ability and depth to their racing that was exciting to watch,” said the team’s proud coach Melissa Holt.

The school’s male cyclists also won overall in the road cycling, based on their total points tally, with the CHS girls third overall. The team narrowly edged out the St Peter’s girls team by just a handful of points.

“The team time trials brought together riders who exhibited that ability to push themselves, encourage their team mates, and ride that threshold of pain incredibly well. This was followed by aggressive racing in the road races and criteriums with some incredibly brave solo efforts and determination on display,” said Holt. “There was no rest for the wicked.”

Over 600 riders competed in the event held in Cambridge from Friday to Monday. Seana also finished second in the under 15 girls road race and criterium and earned gold in the under 16 girls team sprint alongside Mackenzie Barnett. Across road and track, Cambridge High earned 21 podium placings including 11 gold medals.

They were joined by Jack Beaumont and Olly Taylor to form the CMS Green team which won the Year 7 and 8 Team Time Trial. St Peter’s and Cambridge Middle narrowly lead the way in the under 13 boys 515m scratch race.