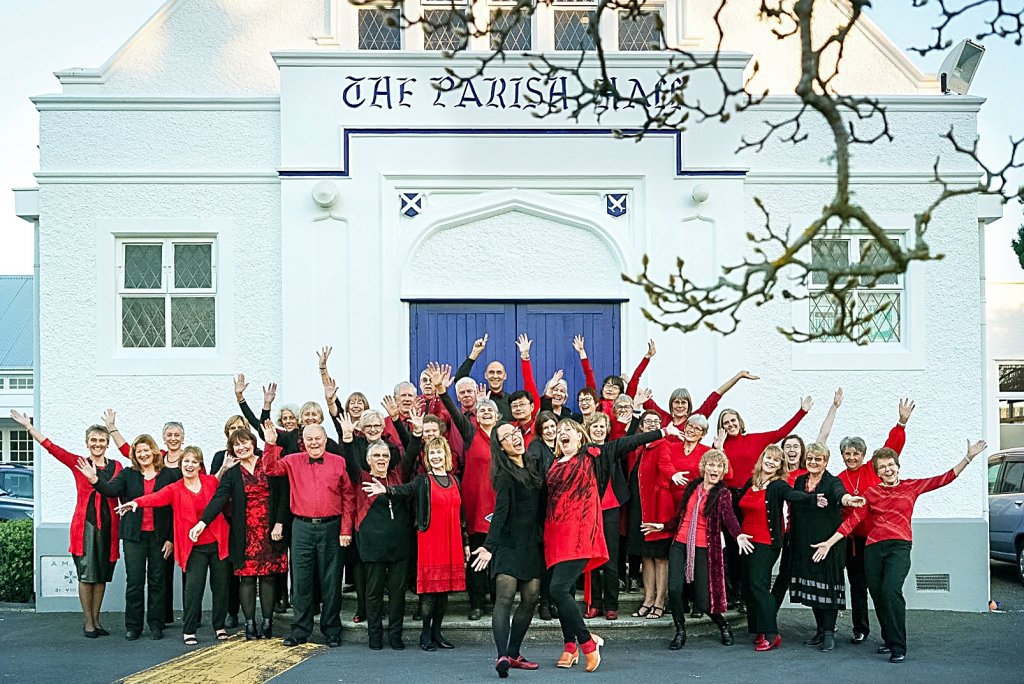 The Mosaic Waikato Modern Choir will present its annual concert on June 15.

The two performances at Cambridge’s St Andrew’s Church on Saturday June 15 will comprise a short one-hour programme starting at 2pm, and a full two-hour programme from 5pm.

Tickets for both are available now from Cambridge PaperPlus, from choir members and via treasurer Katrina Richards (treasurer@mosaicchoir.com).

Filling the guest artist slot this year is Cambridge songstress Kirsty Young, who has recently completed her studies at Waikato University and is keen to pursue a career in stage musical productions. Kirsty has performed locally at events such as the Cambridge Autumn Festival and has held lead roles in Hamilton Operatic Society productions. She was a recent soloist in the ‘Superstars’ show at the city’s Clarence Street Theatre.

Mosaic Choir audiences enjoy many different styles and songs, often performed in several languages. Musical director and conductor for the past eight years, Brooke Baker, said programmes compiled in conjunction with the choir’s accompanist Cindy Xia were intended to have as broad an appeal as possible. “We try to make sure that there is something for everyone in the programme. Our choir members are very diverse; they range in age from high school students to grandparents.  These concerts are really about celebrating being part of a group that just enjoys singing.”

Katrina said membership had grown from around 30 to almost 70 in the past five or six years. Most were from Cambridge and its surrounds.

“We regularly perform at rest homes and retirement villages, and have taken part in the Tulip Festival, Waikato Show, the Cambridge Autumn and Christmas festivals, Anzac Day services, the Tamahere Christmas Festival and the Hospice Remembrance Service,” she said. “This year we received a request from a visiting Hawaiian Choir to perform a concert alongside them. We’ll be doing this at the Cathedral of the Blessed Virgin Mary in Hamilton’s Grey Street at 7.30pm on Friday June 7. That will be open to the public.”

This year’s Mosaic Choir annual concert programme will also be taken to Te Awamutu, with a performance scheduled for the evening of June 28 at the Te Awamutu Rugby Sports and Recreation Club. Tickets for that concert are from Te Awamutu PaperPlus.

Also on the cards is a new project which will see the Mosaic Choir organise a Variety Charity Concert in the Cambridge Town Hall on August 31 in aid of Waikato Kids in Need. A number of local artists have pledged their performance at that event for free.

Concerts featuring the Mosaic Choir are always sell-out events, so booking ahead for June 15 is advised.  Door sales on the night will be available if tickets are not sold out prior.

New choir members are welcome – the choir meets every Tuesday night from 7-9pm at the Cambridge Community Centre in Taylor Street.