No rates hike for new museum 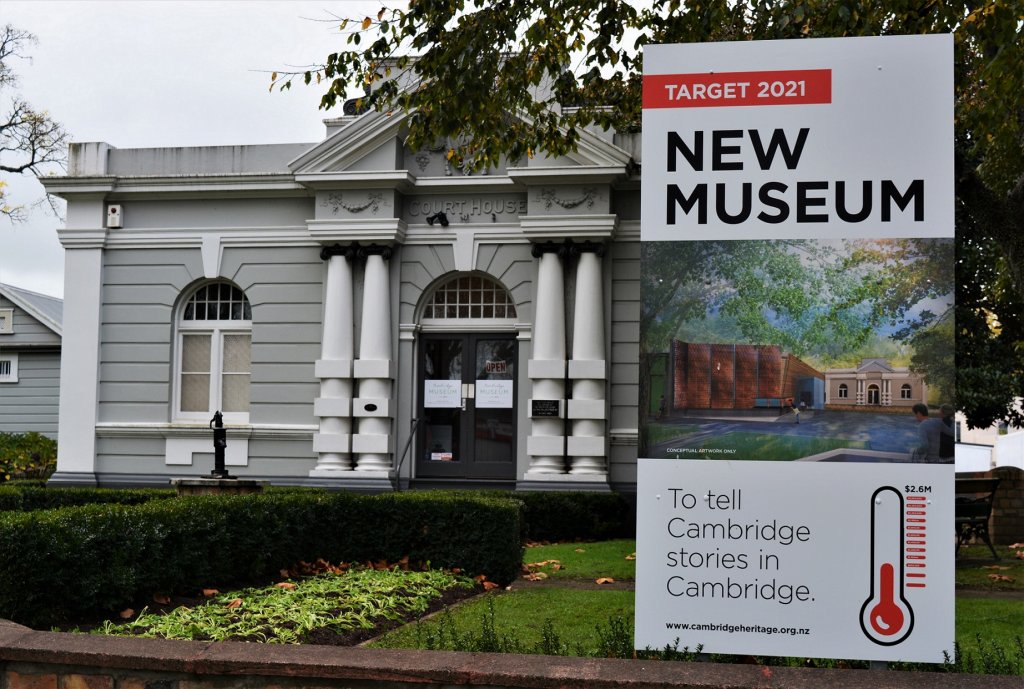 A fundraising thermometer board was recently put up outside the Cambridge Museum.

The Cambridge Historical Society wants to allay fears that a rates rise is on the cards to meet the cost of a $2.6 million Cambridge Museum extension.

They were responding to a recent story headlined Museum Requires Rates Rise, written around the society’s funding request presented at the May 7 Waipa District Council (WDC) Strategic Planning and Policy meeting.

Historical Society president Grant Middlemiss said the headline could negatively impact public perception by giving the impression that a rates rise for the museum extension had been agreed to.  That wasn’t the case, he said, adding that any additional costs incurred would be met through fundraising by the Cambridge Heritage Charitable Trust (CHCT), and not through a rates rise.

The Trust was established in August 2016, primarily as a fundraising body aimed at working with the Cambridge Historical Society on the museum extension.

In clarifying the model, Grant said the WDC had pledged to meet one-third of the $2.6 million cost for the museum extension.  “Those funds have already been granted in the Waipa District Plan, against which the rates are set, so the museum is in no way going to cost ratepayers any more other than what was set aside in the district plan.”

Because the property occupied by the Cambridge Museum is owned and maintained by the WDC, the council also provides an annual inflation-adjusted operating grant of $161,276 – an amount built into the council’s annual plan. It was when Grant attended the May 7 council meeting to renew the society’s annual operating grant that he submitted a further request for funding against that grant.

“Last year, we applied for about $80,000 in additional funding under the operating grant, essentially to cover costs around storage for the collection and a new staff member. Council declined that but gave us $40,000 as a one-off for that year and asked us to come back to them.”

That led to Grant’s submission to council this month, seeking a further grant of $40,000 for the 2019/20 year to cover staff costs and the purchase of two additional temperature and humidity-controlled containers for the storage of the collection.

“At this stage, we’re only about a third of the way through processing the collection, so we will need that additional funding this year, and may well need the same again next year.”

He said the society was very grateful for WDC support for the project. The request to further increase the operating grant would help ensure the collection – much of which is currently stored in the old jail and a double garage at the rear of the property – was correctly processed and stored. Additional costs were also being incurred through more complex resource consent requirements linked to the museum occupying a heritage site, he said.

“At the end of the day, we want to see Cambridge stories being held here in Cambridge,” said Grant.  “If we are to complete the collection project, the reality is we cannot do it on the current budget.”

All going to plan, the museum extension is scheduled for completion in 2021.