Cambridge is already in Fieldays mode.

The Southern Hemisphere’s largest agricultural event will hit Mystery Creek June 12 – 15, attracting an expected 130,000-plus visitors, over a thousand exhibitors and $490 million in sales revenue for businesses directly involved in Fieldays. On top of that, the Waikato region will likely see an additional $168million in spending from the thousands of visitors to the Waikato.

“We could have booked out four times over,” said Shane Walsh at The Monastery. “We had to disappoint a lot of organisations that wanted to book all our rooms.”

Manager Anne Edgecombe at Podium Lodge, which was “100 per cent full”, said although it was a busy and intense time, “we thoroughly enjoy this special week.”

“Fieldays is undeniably a big week for everyone in the area,” she said.

Several accommodation providers regarded Fieldays as an ideal cash flow opportunity during what is otherwise a quiet period in the region’s tourism industry.

“It’s very important to us for a real boost in winter when things are a wee bit quieter,” said Steph Cole, Mystery Creek Motel.

Now in its 51st year, over the past five decades Fieldays has had a total economic impact of $18billion.

Cambridge Business Chamber CEO Kelly Bouzaid recommended businesses make an effort to engage and welcome visitors in town for Fieldays, and consider their opening hours to ensure they maximise the opportunity presented by Fieldays.

“Our businesses, in particular our retailers and hospitality, are our towns ambassadors over this period, directors of first impressions if you like, to show our community spirit and welcome Fieldays visitors into our town, giving directions and recommendations to our town’s hidden gems.” 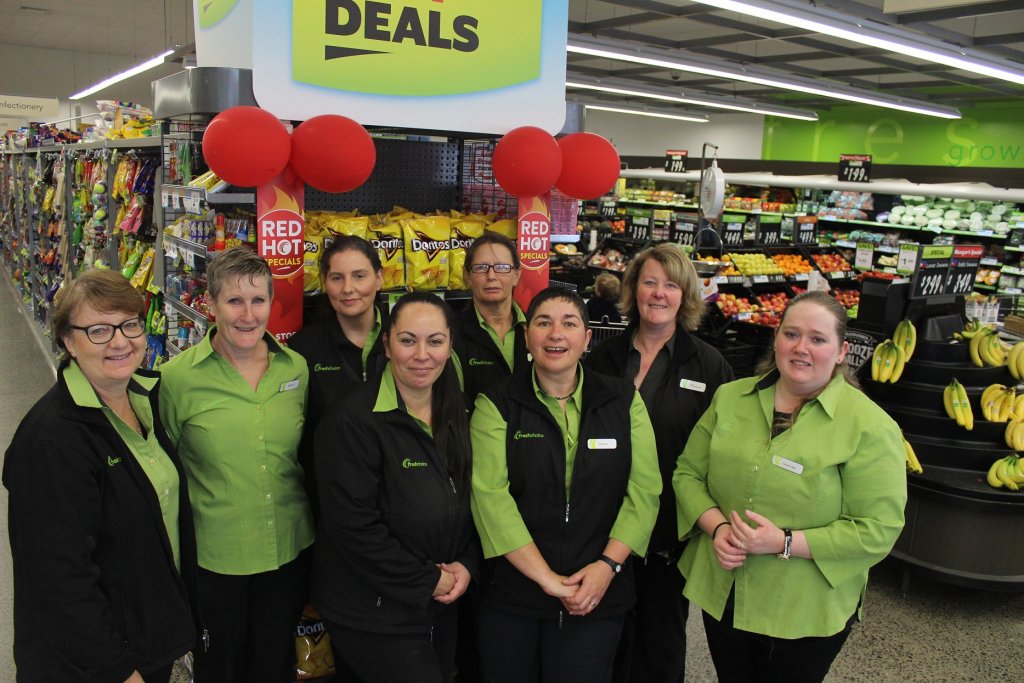 Businesses in Cambridge are gearing up for Fieldays next week. Staff at Fresh Choice in Leamington say they’re looking forward to getting into the Fieldays spirit.

“We just make sure we are fully stocked and fully staffed,” she said. “Any event which promotes Cambridge and the surrounding area is an advantage to our business.”

Countdown Cambridge store manager Tanya Lawrence expected to see more customers in the mornings and evenings during Fieldays, and would review and adjust team hours to align with those times.

“Fieldays is always an exciting time but it doesn’t significantly impact our trading other than customers changing their shopping times a bit so they can get to the event during the day,” she said.

Bouzaid wanted to remind residents that although the Fieldays brings increased traffic and parking congestion, “It’s only a short window,” she said, “and a little patience makes a world of difference for everyone involved showing kindness and the point of difference of our community.”

The Waikato Expressway south of Cambridge is expected to see significant traffic congestion during the evenings of Fieldays week, and Cambridge commuters heading to Hamilton should expect a slow crawl into the city.

Police will have a number of staff deployed around Mystery Creek and the wider area during the week, supporting the Traffic Management Plan led by event organisers. The national HQ would not disclose how many roading officers would be deployed in the area, nor which roads were being managed.

As usual a Traffic Management Plan will be in place to help the thousands of vehicles get to and from the Fieldays site. Photo – Michael Jeans.

Local police inspector Andrew Mortimore, area commander for Waikato West Police, said police numbers at the Fieldays site would increase by four officers this year, with a total of 16 officers on site each day.

Fire and Emergency New Zealand confirmed there would be eight volunteers from the organisation at a Fieldays exhibitor site (site D64) promoting fire safety, in addition to four volunteer firefighters on hand, along with a fire appliance, in case of an emergency.

St John will also have 13 staff on site.

Fieldays organisers said Friday tends to be the busiest day of Fieldays, followed by Thursday then Saturday, with Wednesday the quietest day. Tickets, which are 30 for adults and $15 for 5 – 15 year olds, will be available at the gate, at the Cambridge i-SITE or through the Fieldays website.