Dr June Fisk as she will be remembered by many in Cambridge.

Dr June Fisk’s farewell gathering at one of her favourite haunts marked the end of a life of service to the Cambridge community.

By all accounts, she didn’t like funerals.  Her only child, Auckland eye surgeon Michael Fisk, told those assembled that June’s threat of a haunting if they held a conventional funeral had led the family to hold a private cremation following her death on May 30, and mark her life in a less formal fashion. It was against that backdrop that the Cambridge Lyceum Club filled with family, friends, former patients and fellow choristers on June 15. There, amid the warmth of her admirers and under the gaze of two of her own paintings, the story of her life unfolded.

June was best known for the hundreds of babies she delivered from the late 1960s onwards at the old maternity hospital in Taylor Street, for the jerseys she knitted for many of them, and the tiny smocked garments she made for the nation’s stillborn babies following her retirement.

But Cambridge was far from her roots. June was born in Malaysia on June 11, 1926, to a Scottish mother and Chinese-Malay father who had won a Commonwealth Scholarship to study medicine just after World War 1.

His mother had made the most of the time a human lifespan allows, starting early and finishing late, Michael said. “She was born very prematurely at about 28 weeks, so small she was put aside to die. She started singing that early, drawing the nurses’ attention to the fact she had no intention of dying, so they had better attend to her needs. The tropics were her incubator. She took breast milk from a dropper and maintains that if she wasn’t a novelty, she wouldn’t have lived.”

The love of singing stayed with her, and June sang regularly with the Lyceum Club’s choir. They acknowledged her passing with one of her favourites, The Colours of My Life. 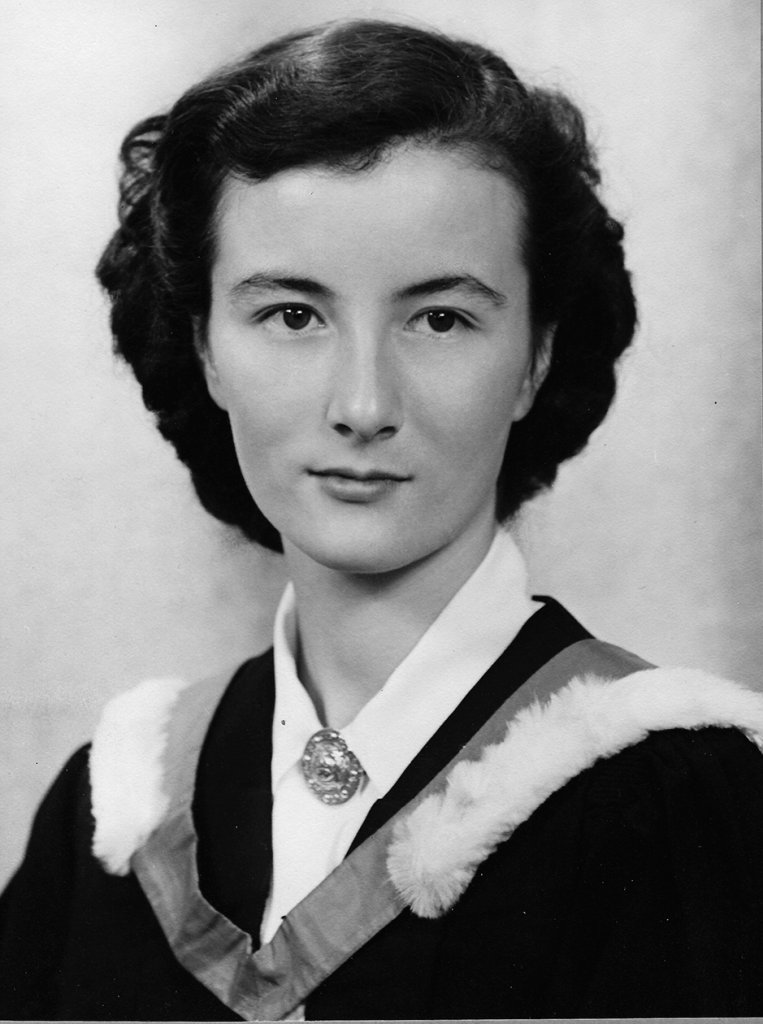 An image of Dr June Fisk taken around the time of her graduation in Scotland.

June won a place at Edinburgh to study medicine, and it was there she met her husband Dr Jim Fisk.  Soon after marrying in 1950, they moved to Jersey for a nine-year period during which Michael was born. The family migrated to New Zealand in 1963 and settled in Cambridge, where Jim and June embedded themselves in the heart of a growing community.

“Between them they were delivering perhaps 120 babies a year,” Michael said. “June loved her work and loved her patients.  She had a very stubborn streak … the little maternity hospital didn’t know what hit them when she insisted that fathers be able to be present at delivery, and babies were to room with their mothers.”

Their marriage break-up resulted in June living in Australia for a while, but not before she had done a Kiwi road trip with Michael aboard his 1100cc Yamaha that June called ‘Legs Eleven’.  He smiled: “She was generous enough to say she enjoyed the experience, but never expressed any subsequent interest in getting back onto the machine.”

June’s gathering was spliced with laughter and the warm reminiscences of her daughter-in-law Catherine, and four grandchildren, Matthew, Liam, James and Ella – three of whom are doctors.

Michael referenced his mother’s penchant for the use of honey for wounds and ulcers and wheatgerm in pregnancy: “June had some wacky ideas about honey and wheatgerm … it’s no coincidence that the multimillion-dollar therapeutic honey racket started in Hamilton as stories of the success this Cambridge GP was getting treating burns and chronic ulcers with her runny honey made their way through the medical grapevine.”

He finished with a tribute to those present: “Thanks to all of you for what you did for June by giving her a wonderful community in which to live such a rich life and for looking out for her in her fragile years.”

His mother was, in Catherine’s words, part thistle, part spice.