Being Catholic rocks at St Peter’s 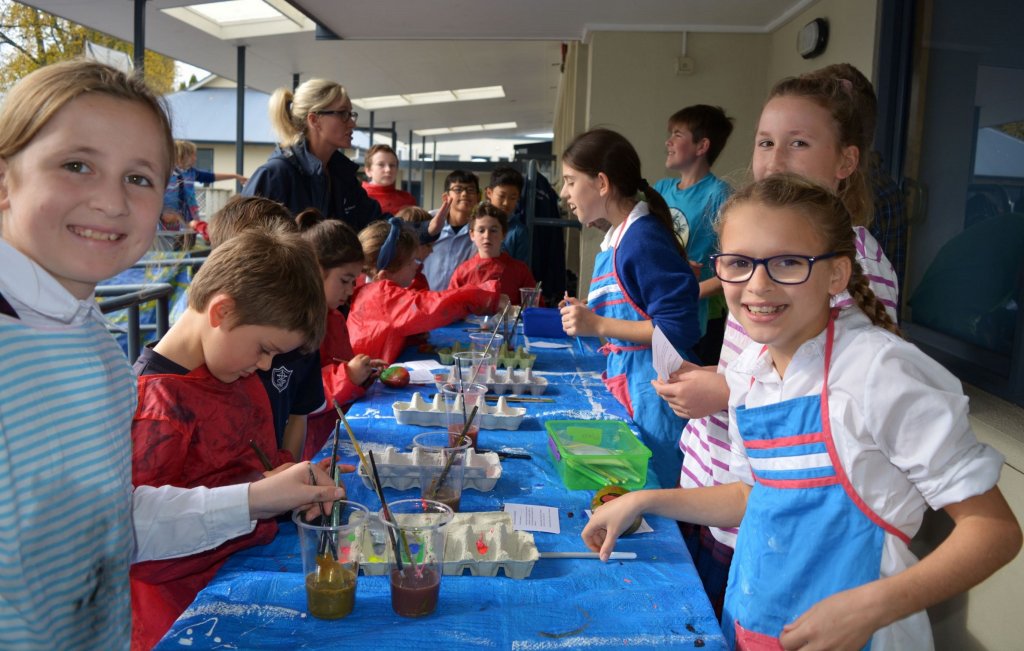 Rosie Callender and Maddy Peacocke head up a long table of painters.

Cambridge’s St Peter’s Catholic School marked National Catholic Schools Day on May 28 in the style it knows best – celebrating faith alongside loads of fun. This time, however, there was an interesting twist.

School students spent part of the special day painting rocks with whatever symbol they thought reflected their school. The quirk this time around is that the rocks, which were donated by new entrant teacher Mickey Bam, are set to take on a life of their own in a way that involves everyone across Cambridge.

“Once they’ve been painted and varnished, the children are going to place the rocks somewhere out there in the community,” explained Sarah Doohan, the Room 4 teacher who oversaw the operation.

“The idea is that people in the community find a rock, take a photo of it and send that photo into our school. We’ll then post it on to our school’s Facebook page. Whoever finds it can either bring it in or re-place it elsewhere for someone else to discover.” Charlotte Ross and Carrie Ham take a measured approach to their painting.

The concept, she said, came from an idea that originated with St Peter’s Year 7 and 8 students. Principal Grant Stuart said the rock-painting exercise dovetailed perfectly with the Catholic Church’s metaphoric building of the Church on a rock.   “The rocks are very symbolic for our school,”  he said, referencing the apostle Peter and the Biblical verse: “And I also say to you that you are Peter, and upon this rock I will build My Church” (Matt: 16:18).

He said the concept of building on the solidity of their faith was one espoused by Catholic schools.

“National Catholic Schools Day celebrates the special character and culture of Catholic education in New Zealand,” he said. “It has been part of our calendar annually in the 44 years since we became state integrated schools.

“I think our sense of community and family makes us different. Those connections are particularly special for students and teachers at Catholic schools, particularly when you consider how society is evolving. That solid basis is more important than ever with today’s outside influences and social media.”

He said the children had discussed the special day in their classrooms and had enjoyed activities that celebrated pride in their school.