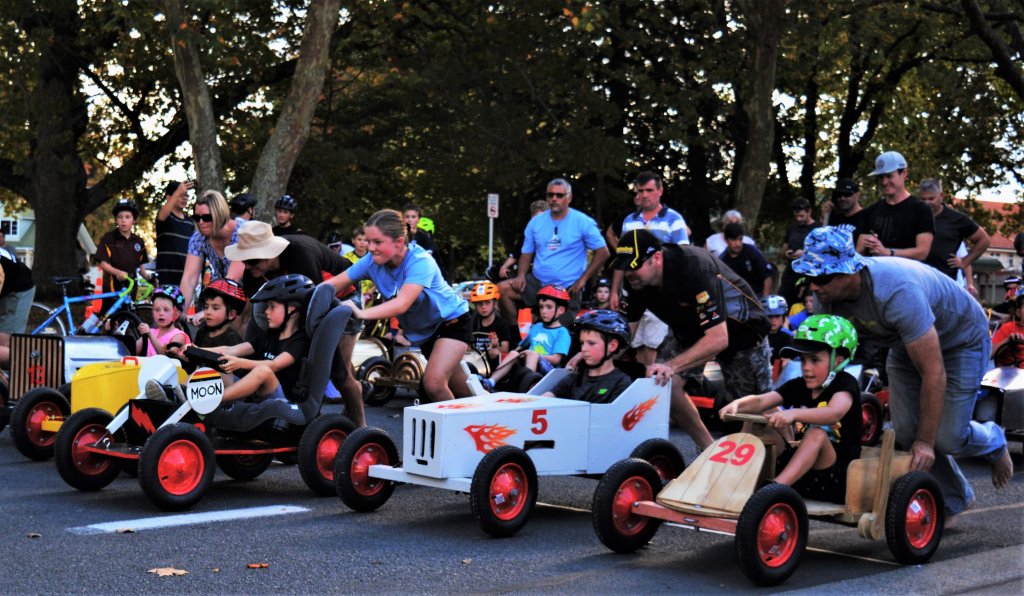 Early racers with their trusty ‘pushers’, who gave their charges a starting shove over the first few metres of the course.

It was a toss-up as to who showed the most grit at Cambridge’s first Anzac Day Soap Box Derby – the riders themselves or their parents.

Either way, there was a mix of gung-ho enthusiasm and a fair bit of trepidation on display as the starter hooter launched the race’s four heats and the 32 splendid soap boxes hurtled down Victoria Street.

Reading the rules at the start was man behind the derby, Paul Johnson. A long-time soap box enthusiast and committee member of the Veteran and Vintage Car Club’s (VCC) Waikato branch, Paul sold 40 soap box starter kits at $50 apiece earlier this year, a cost that included entry into the race included in last week’s Anzac Day Cambridge Cycling Festival programme.  He was keen to introduce a fun addition to the event under the VCC banner, and festival organiser Sarah Ulmer welcomed it with open arms. 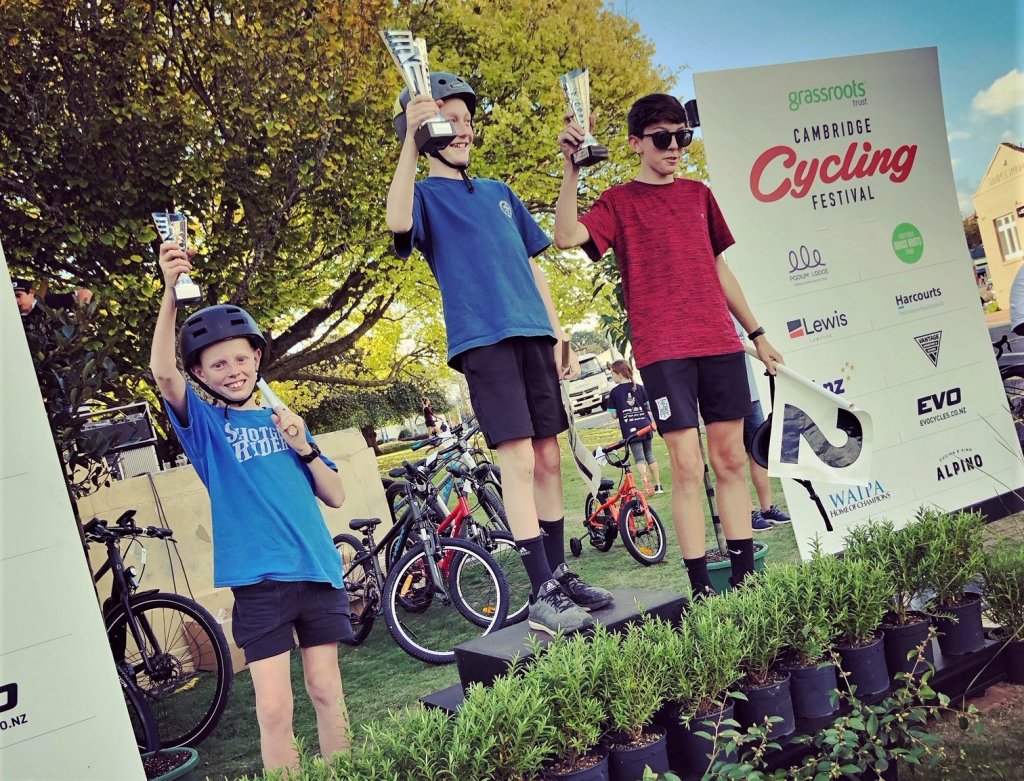 Derby place-getters, Jacob Porteous, Chris Holmes-Burr and Gabriel Pidduck, on the podium with the trophies presented to them by Olympic rowing champion Eric Murray.

“And what a spectacle it proved to be,” he said later, adding that the public had enjoyed viewing the soap boxes lined up on Victoria Square before the race started. The four heats were arranged according to age, size and ability, then mustered into position. At the end of it all, they were hooked together and towed behind quad bikes back up the hill in a road train formation.

The engraved trophies were provided by the Veteran and Vintage Car Club, said Paul, adding: “All runners-up from the heats also received trophies, and all competitors received chocolate fish!” Paul Johnson, the man behind the derby, reading the rules to the first batch of soap box riders.

“Absolutely, we’ll look at doing it again next year – who knows we might change it up a little!” he said.