Jim’s on the mend 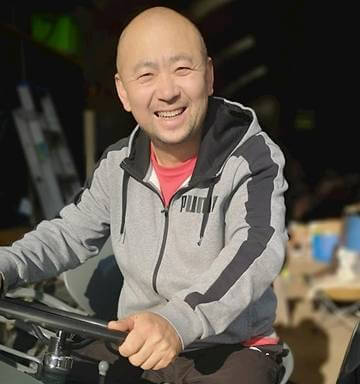 Jim Zheng could be home in a matter of weeks – but he will have to wait before he can return to work.

Mr Zheng, 48, is in the process of making a remarkable recovery after an Anzac Day shooting in the Karapiro Café and Gift Shop he owns with wife Cindy.

This week their daughter Lily spoke exclusively to the Cambridge News and said her father was up and walking and laughing in the ABI rehabilitation unit in Henderson, Auckland.

She said doctors were surprised at how he had recovered after being shot in the head.

“He has short term memory loss and can’t remember the shooting, but we hope that will come back,” Lilly said.

“He is frustrated that he won’t be able to go straight back to work though.”

The Karapiro shop has been closed since the shooting, and no date for a reopening has been set, but Lily said her mother was keen to open the doors.

The couple bought the shop two years ago after owning cafes in Auckland.

“They moved to New Zealand because they loved the atmosphere, cleanliness and the friendliness of the people. They were also impressed with New Zealand’s heath care  system – and we have talked a lot abut that since the shooting.”

Lily, who lives in Australia, said the family had also received good support from ACC following the shooting.

She said her father spent most of his time working in the shop, but he was a keen gardener and enjoyed DIY and looking after his chickens and bees. He loved the rural lifestyle in Karapiro and the community, She said support for the family had been wonderful. Some people had sent flowers, others had sent food – and the Give a Little page set up for Jim had raised almost $5200.

“We know lots of customers have contributed.

“Mum says despite everything she still regards New Zealand as the safest place on earth,”

Because of Mr Zheng’s short-term memory loss, the family do not know if the man accused of the shooting is known to him.

A 67-year-old Leamington man has been charged with one count of wounding with intent to cause grievous bodily harm in relation to the shooting.

Stuff reported that community magistrate Kathryn Wilson told the Hamilton District Court last week that the man was “extremely unwell”.  Health assessors had not been able to get a logical stream of thought from the man who is being cared for at the Henry Rongomau Bennett Centre, under the Mental Health Act.

For more information about the Givealittle page go to https://givealittle.co.nz/search?q=jim+zheng