Artists come out of the closet The exhibition in St Andrews Church Hall saw over 80 paintings and prints showcased over last weekend.

A group of Cambridge artists have had had a significant confidence boost after the success of their art exhibition last weekend.

Henriette said the exhibition was a massive success. On opening night more than 100 people, including members from the Cambridge Society of Arts, attended.

“We had overwhelming compliments from members of the art society council on the calibre of art and the undertaking of an exhibition,” said Henriette. 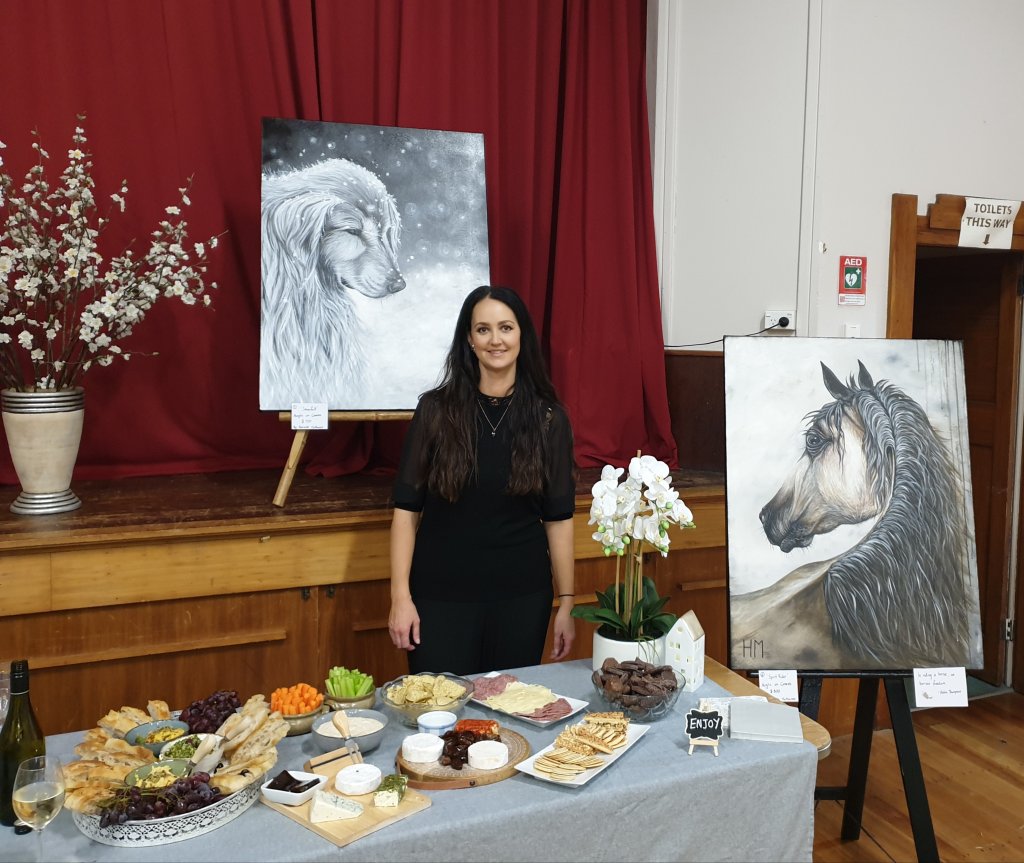 Henriette Mathieson said the exhibit was a major success.

They were also all invited to exhibit at the up and coming Art Attack exhibition to be held on September 7 and 8 in the town hall.

Throughout the weekend the group sold 16 originals, had orders for four prints and received eight requests for commissions.

Terry White, 84, would normally store his paintings away in a cupboard but for this event he decided to bring them out.

His son John White was also there, and he says he never imagined that he would get to be a part of an exhibition with his father.

The success of the exhibition has resulted in the artists deciding to make it an annual event and has inspired several other “closet” painters to start thinking about putting their work out for the public to see.

“The public is already asking us for another exhibition, so I think we’ll make it an annual event,” said Henriette.