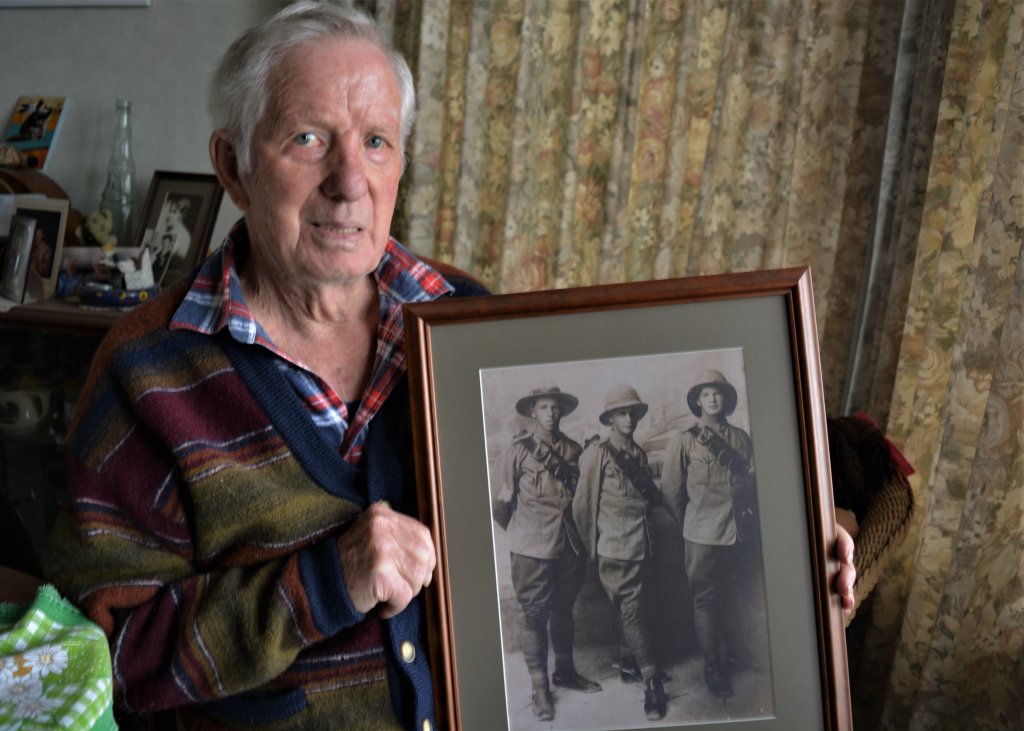 As the country marked Anzac Day last week, Cambridge man John Andersen knew that such commemorations would always have a special significance for him.

Among the many photographs that breathe life into his quiet Leamington lounge room are two very old images.  One is of his father and his two uncles – three handsome young men pictured in the sandy coloured uniform of the 4th Waikato Mounted Rifles during their WW1 service in Egypt. Another less distinct photograph shows John’s father, George, seated on his horse outside the ‘barracks’ – or stables – during those years of service. John Andersen’s father George (left) and his two uncles, Arthur and Ted, served in Egypt with the 4th Waikato Mounted Rifles during World War One.

Fate decreed that all three Andersen brothers would come home, but none of them spoke of their experiences.

They kept it all inside them,” John said.

It was through the stories of his aunt’s husband that John learned of the atrocities inflicted upon soldiers captured during The Great War. They are stories that still bring him close to tears.

“The prisoners of war were deliberately starved to death,” he said. “The enemy didn’t shoot them. Rather than get it over with quick, they made them die a slow death through starvation. It was inhumane. My aunt’s husband was skeletal, just skin and bone when he was rescued, he was too weak to walk. He had been among the kindest of men, but he was changed after that … they all were.”

John is an ardent lover of horses, and the fate of the animals sent with the soldiers to far-flung theatres of war also brings an emotional response.

“At the end of it, the soldiers who came home had to leave their horses behind. They had to either release them or dispatch them themselves. It must have been horrible. They had been through so much together … they had developed such a deep bond with those animals. It would have been devastating to know they couldn’t bring them home with them due to the risk of importing disease into New Zealand. Those poor horses.”

The lives of the Andersen family intersected with war on other occasions too, and they have marked Anzac Day for years.  George went on to serve in World War Two as a cook instructor, while some of John’s brothers also did their time, two of them with J Force.  John would have joined them, but a degree of deafness in one ear meant he failed the medical. 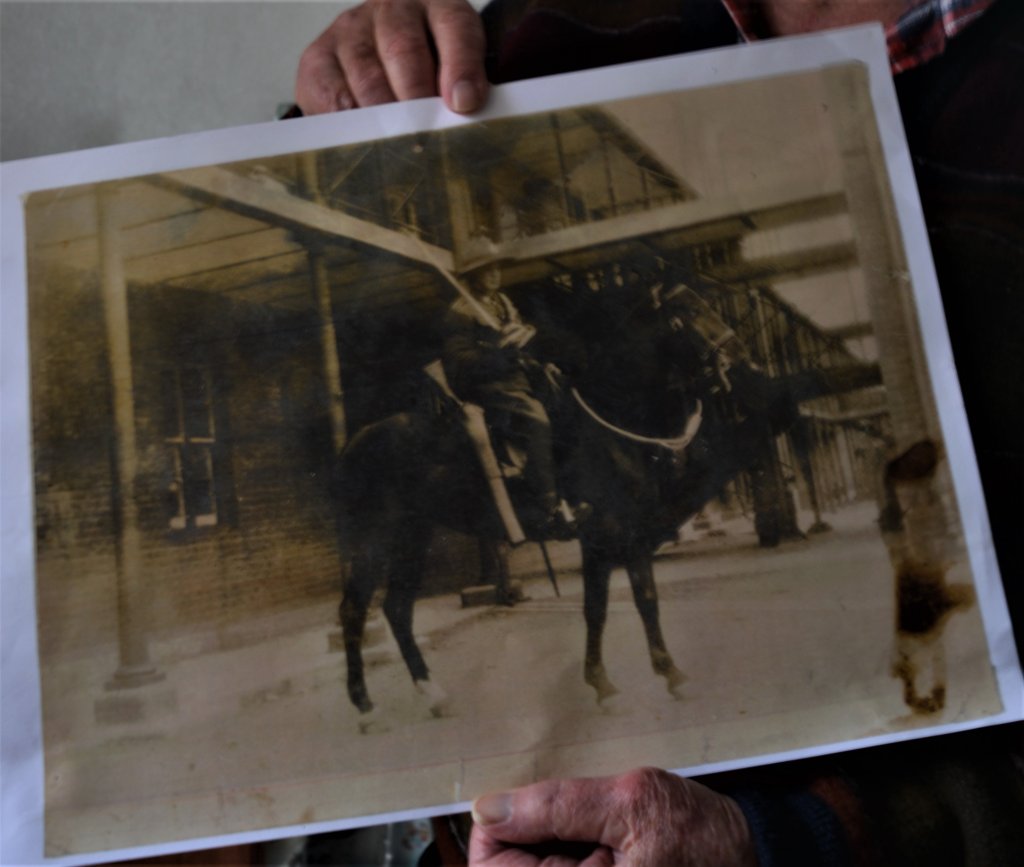 John’s father George pictured while on WWI service in Egypt.

In peacetime, the family went on to make a name for itself in horseracing, boxing and league, while John went on to marry Elaine, a girl he met at school and subsequently sang with.  The couple settled first in Hamilton, then built their own home in Cambridge’s Leamington. Elaine passed on a while ago, leaving John with warm memories of a beautiful and kind girl with “the voice of an angel”.

John also became known to Cambridge readers late last year for his extraordinary collection of “old things” which includes a cross section of wartime memorabilia. The eclectic mix of old tools, bottles and a myriad of other items fills one room of his home, part of his garage and a pile of boxes still to be sorted.

“I’ve been collecting for over 60 years,” he said, “really just because I like old things and the stories they tell.”