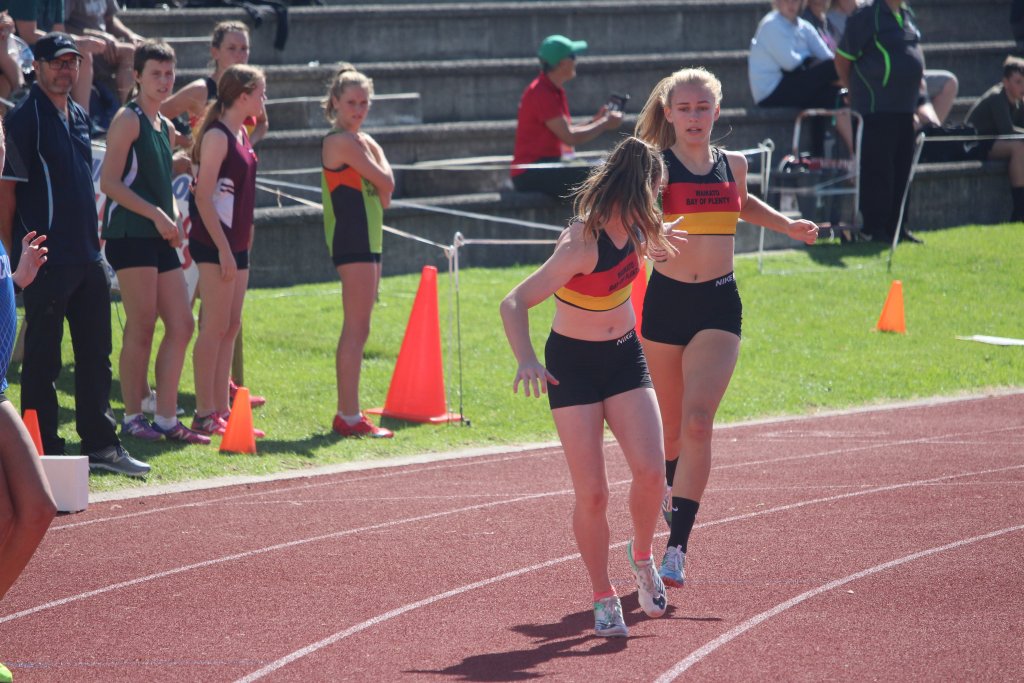 Annalies Kalma (right) set a new record in the under 16 400m sprint which put her amongst the best female runners in the country.

A Cambridge student has smashed the North Island Secondary School athletics record for the under 16 400m sprint, running it in 54.69 seconds – a rare achievement for high school runners.

Her outstanding time now ranks higher than some of New Zealand’s best female runners, including Olympic and Commonwealth Games athletes.

Annalies Kalma pulled off the record-setting time during the North Island Secondary Schools Championships in Tauranga earlier this month, competing with the Waikato Bay of Plenty team.

She also won intermediate girls 200m sprint. She was one of four Cambridge students to earn six North Island titles at the event.