Wakeboarder on top at nationals Morgan Haakma flies over the water during her national-winning pass.

The 22-year-old Cambridge resident was competing in the open women’s division for the second time, having won it last year, and reclaimed her title in stunning fashion. 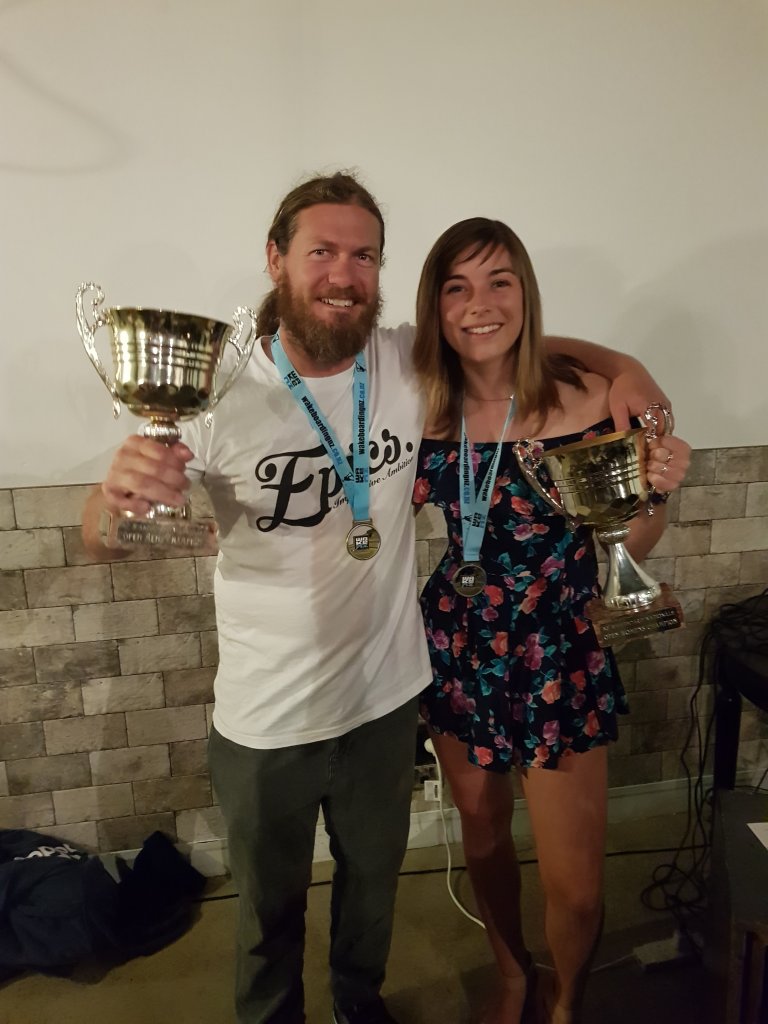 New Zealand’s best: Tauranga’s Darren Bishop and Cambridge’s Morgan Haakma were named the open men’s and women’s winners at the New Zealand Wakeboarding National Championships at Piarere over the weekend.

“Winning’s cool, but just landing my tricks, regardless of whether I win or lose, is all I’m really out there for, I’m real happy with that,” Morgan said.

She said she liked the competition because it gave her something to work towards during the season, a motivator to master new tricks.

Unlike water skiing competitions, wakeboarding events only have one area of competition – tricks. Competitors have two passes (two boat runs from one side of the course to the other) where they attempt to pull off their best tricks. Those who fall off more than once are disqualified.

“I’ve probably never been so nervous for a competition before,” Haakma said at the start of the event. “We’ve got a lot of new tricks in this competition, so I’ve just got to hopefully land on the one that counts.

“That feeling you get when you land a new trick is just the coolest feeling.”

Morgan said the next-best thing to landing a new trick was watching her students do so. She coaches at Karapiro Lake, and hopes to encourage more young women to take up the sport.

“We need more girls to stick in there, because a lot of people tend to drop out around 16 years old. I’m competing against people twice my age, it’s a weird division to be in, I’d love to have other girls my age riding,” she said.

53 wakeboarders took part in the national event over the weekend, ranging from 7 to 54 years old. Tauranga’s Darren Bishop won the open men’s division.

Cambridge brothers Luke and Josh Runciman won the under ten-year-old and under eight-year-old national titles respectively.

Luke landed a back roll twice in completion to take the win in his division, and Josh won his title with a huge wake to wake grab.