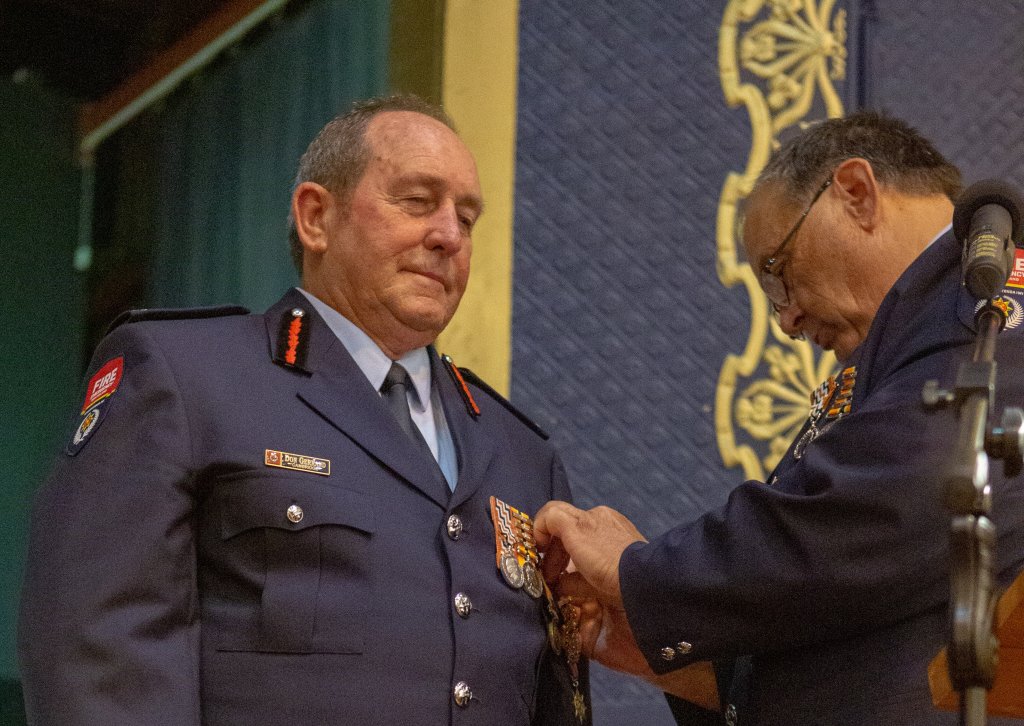 Chief Fire Officer Don Gerrand was officially recognised for his service to Cambridge on Saturday night with a special medal presentation marking his 50 years of service with the Cambridge Volunteer Fire Brigade.

The Cambridge Fire Chief of 25 years clocked the five-decade milestone on November 3 last year, but a tedious process to make the medal meant that the presentation could finally be made on March 23, during a special ceremony at the Town Hall.

Waipa Mayor Jim Mylchreest, local MP Louise Upston and Fire service personnel spoke about Don’s fantastic achievements to date, which all started when he first reported for duty on November 3, 1968.

Back then, his father in law H L “Bush” Hooker was the deputy chief fire officer, who himself clocked up 48 years in the brigade.

Things have changed a bit since then, the brigade shifting from council control to the New Zealand Fire Service in 1975, and again in 2017 to form Fire and Emergency New Zealand. Don’s son Richie followed in his footsteps, now with 28 years in the brigade himself.

With call outs rising from an average of 45 per year when he started to around 360 a year now, it’s safe to say Cambridge population has grown a fair bit during Don’s career.

He’s seen a lot over the years, including some truly heart-breaking things, but what stands out in his mind is the camaraderie from the other brigade members. “It’s an old cliché, but it is family,” he said.

Don’s wife Jocelyn shares the same view, having been born into the brigade. “It’s been a breeze with her support,” Don said, “she’s been a massive supporter of the brigade.”