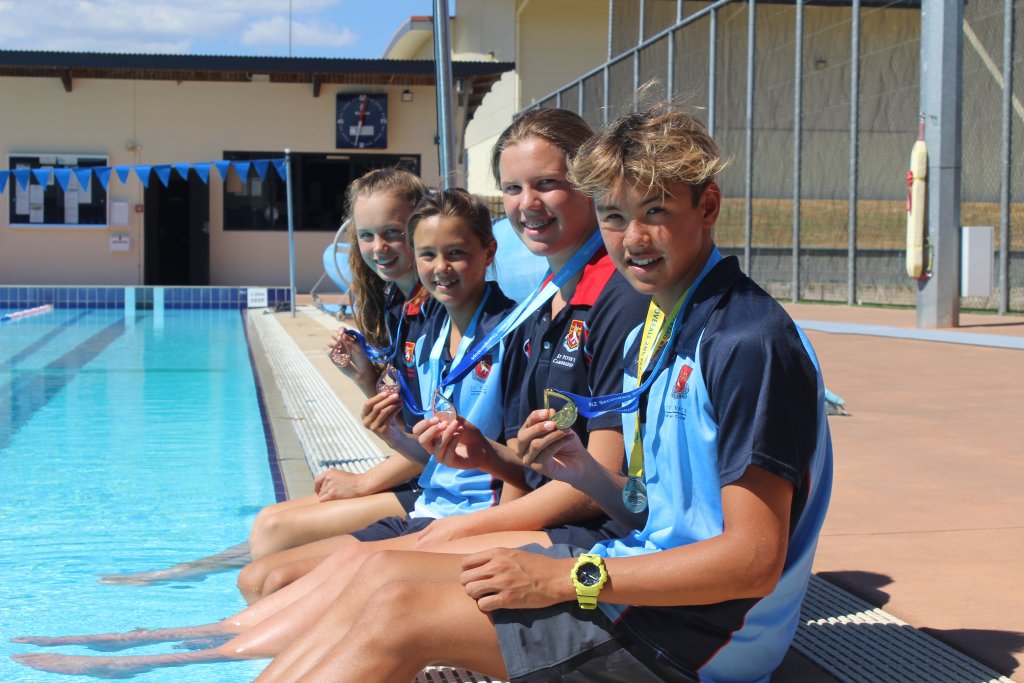 The local club sent a team of students to the secondary school competition on February 9, where they bravely raced from the main beach at Mt Maunganui, out past the waves and around Leisure Island to a sandy finish line on the other side.

“The conditions weren’t pleasant,” an honest Tyler Tapper said. “It was a struggle to get out past the waves, they were really rough.” Used to racing longer open water distances, competing in a 1.25km race meant it was a much faster pace than Tyler was used to. “So I was pretty tired when I reached the finish,” he said.

But it paid off, with Tyler winning gold for 16 to 19-year-olds. “I was really happy with it,” he said. “I wasn’t expecting a gold medal so that was just a bonus really.”

Tyler’s sister Malana braved the waves too, venturing the half-K journey out to sea and around the island-come-peninsula to the finish third in the 12 to 13-year-olds 1.25km race.

Savannah Bourke raced the farthest of the St Peter’s swimmers, finishing third in the 12 to 13-year-olds 2.6km race.

“It was quite a challenge for them in those conditions,” club coach Carl Gordon said. “I thought they did really well.”

It was a tough race for one of the club’s top swimmers Luke Mitchell, 19, at the New Zealand Open Water Champs in Taupo last month. Racing the open men’s 2.5km leg, he had to contend with tendinitis in his shoulder, which began to flare up towards the end of the race. 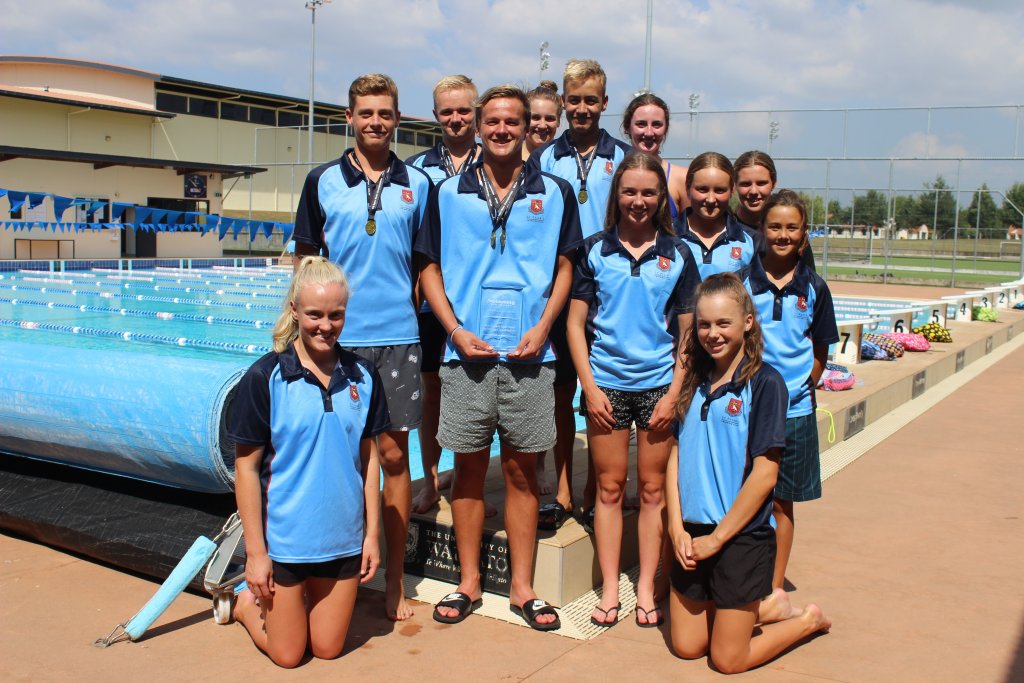 “Mentally getting over that barrier was a challenge,” Luke said, “because it’s just you and your thoughts out there. I started to think, oh no, pain, but then I just got into a final groove, did what I needed to do and went from there. I just pushed through it.

“It was my first ever national title so it was a pretty cool experience for me.”

Tyler Tapper finished second behind Luke in the open men’s division, and first for his 16 – 17 year old boys age group.

“It’s our first time we made top club in New Zealand for any national meet, so it was a pretty big deal for us,” Carl said. “The other two (next-best) clubs had more swimmers there, so it meant that our guys had to perform even better, so it was pretty cool.”

The club’s legendary open water swimmer Hannah Blackwood was unable to compete in either events due to a whitetail spider bite injury.