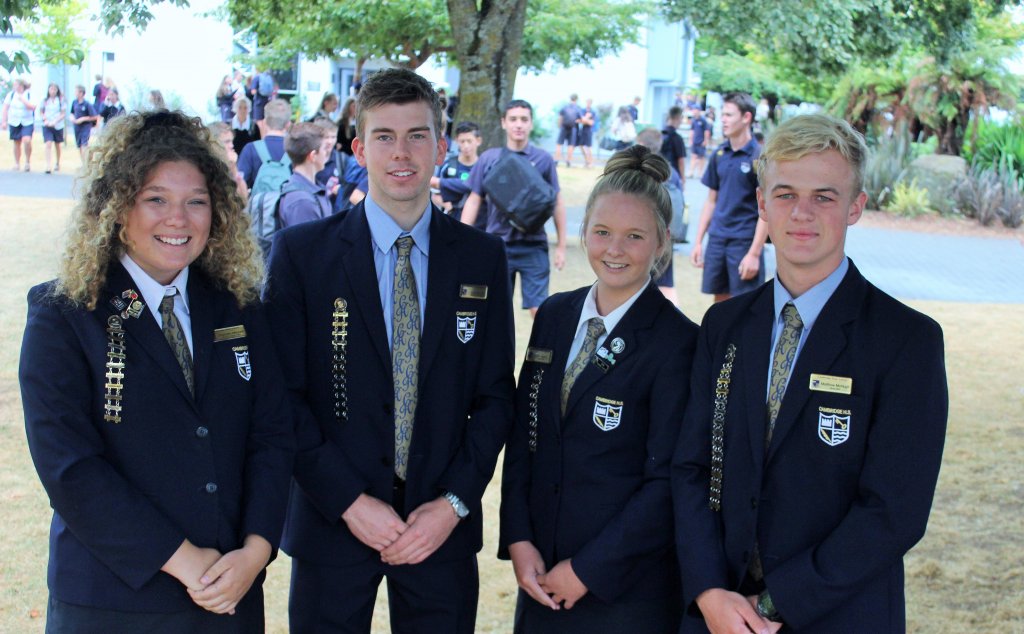 Cambridge High School’s new head boy and girl and their deputies would like to change the face of their school this year, hoping to bring it up to par as a “school of choice” amongst the likes of their St Peter’s counterparts.

“We’d like to show that we’re becoming a school of choice, and start making an image for ourselves that we can portray to other schools,” said Ella Higgins, head girl.

“And developing our image within the community,” added head boy Matthew McHugh. “What we do in sports, academically, culturally and within the arts.”

Joined by deputy head boy Liam Petrie and deputy head girl Charlotte Mitchell, the team is looking at several ways they can make a difference during their final year of school. Whilst they all agree on a general direction in building their profile in the community and amongst other schools, they each have their own projects they’d like to work on too.

“For me it’s careers development for students,” said deputy Liam. “I’ve found a lot of students have no idea what they want to do after school, and I think it’s quite important to help facilitate that.”

Both Liam and Matt would also like to develop a support group for boys, providing leadership and a sense of direction for males in the school. Matt, as a former captain of the first fifteen, also wants to encourage more students to take up sport.

Head girl Ella, a volunteer for Surf Lifesaving, would like to encourage service to community – an effort to help make the school a better place and the students better people.

Deputy head girl Charlotte said she has “big shoes to fill” after her mum Helen Smythe was the CHS head girl in 1990. “I really want to build the repertoire about mental health around the school,” she said, “and get people more civically engaged, building up the political discussion.”

As a high school ambassador for UN Youth, she wants students to realise that “you can actually be a part of the process”.

“School has always been like a massive part of my life, so giving back to the school is always something that I wanted to do, and this is an awesome outlet to do it,” she said.

All four students believe their new role is a real privilege, and an honour considering the high calibre of other students who applied.

“Anyone of them could have got it,” said Ella.

With just over a month of experience under their belts so far, the group say they’re really enjoying the job.

Life hasn’t been quite so fun for head boy Matthew, who fractured his fibula on January 20 and spent the first few weeks of school in an aptly-coloured blue cast, representing the school colours.

The dedicated head boy wouldn’t even let people sign it, but may opt for a drawing of the school logo.