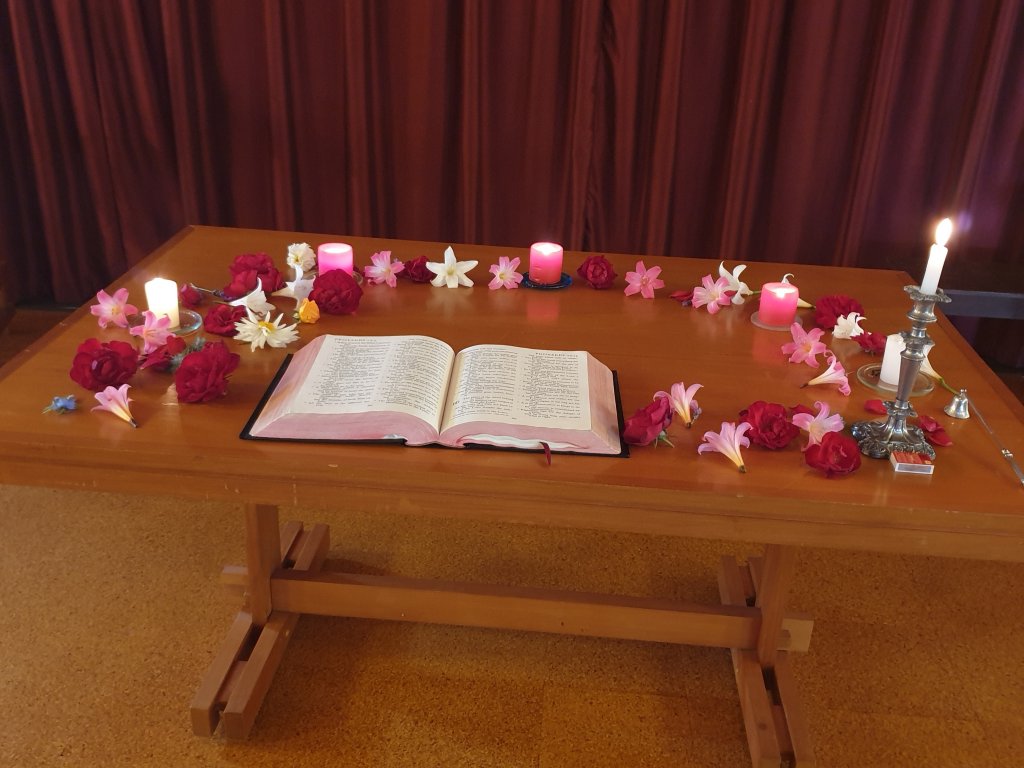 In the wake of the March 15 terror attacks in Christchurch, Cambridge’s religious leaders have called on people to respect the common humanity of all.

Speaking almost as one, they denounced the bigotry and hatred that fuelled the attacks on Christchurch’s Al Noor and Linwood mosques, killing 50 people and injuring 50 more, and urged people to come together in supporting victims’ families and the wider Muslim community. Several raised the spectre of white nationalism and white supremacy and said it was the absolute antithesis of Christian values.

“This is not an ideology that stands in defence of Christianity. I know white nationalism and supremacy is painted by some as being Christian, but there is nothing Christian about it at all – it is a blasphemy against Christ. The hand of God is more visible in the way people have come together and both respectfully and heroically done what needed to be done in the aftermath of this tragedy – like in the Maori guy who helped pull people over his fence to safety as they tried to escape the attacker, like the emergency workers.

“We need to be alert.  We should not be blind to the fact that there are probably hundreds – perhaps even thousands – of Kiwis who espouse those views and we as leaders need to call them out on it, particularly church leaders.”

He said St Andrews opened the church for a few hours last Friday and Saturday evenings, providing a quiet place of worship for those wanting to pray. Like other church leaders, he praised people for their response, and said our national anthem, God Defend New Zealand, stood out for its focus on prayer for peace, rather than on any declaration of victory.

He said Anglican Missions had launched a relief appeal in support of the victims and their families. Donations can be sent to https://angmissions.org.nz/donate.

Echoing that view was Bridges Church leader, Murray Smith.  He said: “Our wonderful anthem is a call to embrace a spirit of reconciliation that embodies justice, respect of others without prejudice as to their creed or nationality. May these noble sentiments become more than just mere words, but the testimony of this beautiful, blessed nation.”

He said Aotearoa had been ignominiously cast upon the international stage, with it being irrevocably made apparent “that we are not an isolated enclave immune to hate-filled bigotry and racial divisiveness”, and urged people to close ranks, irrespective of race or creed, “to assume a stance of basic human decency of honouring and respecting one another”.

Father Leonard Danvers of Cambridge’s St Peter’s Parish Catholic Church said many in the Muslim community had come to New Zealand to escape violence and war. “Now that violence and wanton disregard for human life has followed them here. In this time of tragedy, we turn to the love and mercy of the one God we hold in common.”

Cambridge Baptist Church held a special service on Sunday to allow people to reflect on what pastor Jonathan Ruthven called “this terrible crime”.

“A candle was lit for each of the victims, and much of the service was spent praying for the victims’ families and the Muslim community,” he said. “My message centred on the fact that all people are made in the image of God. When we destroy something that images another, we declare our hatred for what is imaged – in this case, God. So not withstanding this man’s [the attacker] claim in his manifesto that he was doing God’s work, he was actually declaring his hatred for God by taking human life.

“As Christians, we condemn without reservation what happened in Christchurch, and our heartfelt prayers go out to the Muslim community.”

Pastor Jeff Parker of the Elim Church Centre said all New Zealanders had been deeply impacted by the Christchurch tragedy, and he encouraged people to contribute through the give-a-little page. “It is pretty devastating to see and hear what has happened, and what the families and individuals affected are going through.” He said the Salvation Army “stands with our Muslim brothers and sisters, and totally condemns this unprecedented act of violence towards people who were peacefully at worship.”

Many Army staffers were involved in providing support during and after last Friday’s events, and he expressed his gratitude to “everyone for navigating these unprecedented days with compassion and sensitivity”.

“We are crushed that this could happen in our country.”

Ken Olsen, minister at Cambridge’s Trinity-St Paul’s Union Parish, said Sunday’s services started with prayers and flowers offered for the killed and injured. He said it was expected that strong emotions such as sadness, grief, fear and anger surfaced at such a time, but the key was how they were dealt with in a healthy way.

In the days since, he said “we have started to see a new sense of unity and understanding of the Muslim community, something we may never have been drawn to perceive before. My hope would be that in the aftermath of this incredibly tragic event, will emerge not just an acceptance but an appreciation of the rich and unique communities in our midst which might have once been hidden from the sight of many.

“May these events open a new day for us as a nation.”