The St Peter’s under 18 girls eight earned a silver medal in their A final. Photo – Conrad Blind / Picture Show Ltd.

St Peter’s School’s 77-strong team of rowers proved their worth at the 2019 North Island Secondary School Championships at Lake Karapiro over the weekend – winning the Derbyshire Shield for overall champion school with 61 points. The St Peter’s team has positive hopes heading into the secondary school national champs at Karapiro later this month, known as Maadi Cup, being defending champions of the Levin Jubilee Cup.

Around 1900 rowers from high schools around the North Island raced in the three-day event over the weekend.

The Cambridge High rowing team finished up the competition with three bronze medals, earned by Cullen Aveyard and TJ Udy in the boys under 16 double, by Brea Mcdonald and Elle-Mai Wright in the girls U16 double, and the school’s U18 novice coxed four rowed by Brylee Deacon, Mya Tohia, Hannah Rickit and Isabel Oxenham, with cox Penny Wallis.

Maadi Cup kicks off at Lake Karapiro on March 25. 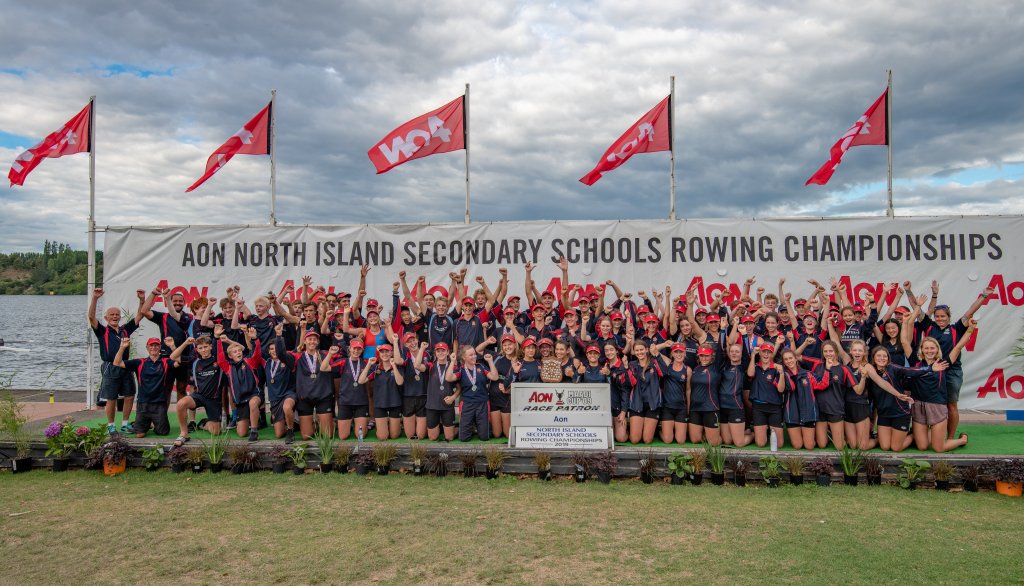