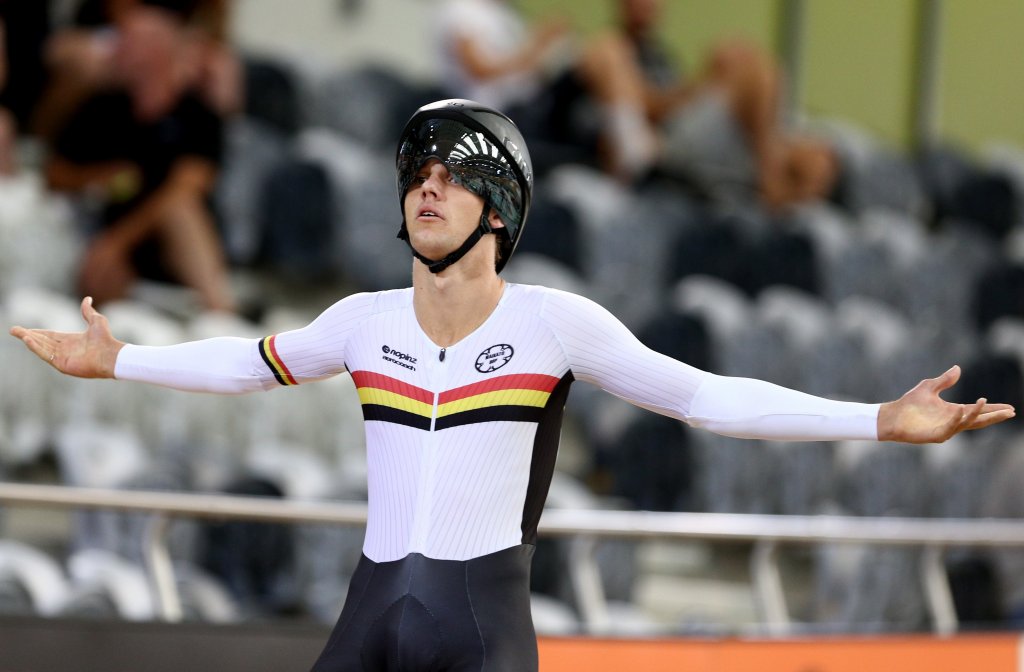 Finn Fisher-Black shaved time off the world record in the individual pursuit not once but twice last Saturday during the Elite & U19 Track National Championships.

After clocking 3:08.815 in the qualifying round of the 3000m individual pursuit, already beating the world record, the 17-year-old St Peter’s student finished up with an even better ride in the final, finishing in 3:09.710 to win gold and set an official world record at more than a second faster. It was also four seconds faster than his previous best set a few weeks ago at the Auckland Track Championships.

“It is a pretty special day,” said Fisher-Black. “This morning I went out faster than I was scheduled to but I just kept hitting it out at the lap times and held on. Unfortunately, that time didn’t count for an official record. I tried to rest up as much as I could and that ride was only a second slower so I was pretty stoked. Now the world record is official. It’s overwhelming really.”

Also at the competition, held at the Avantidrome, New Zealand secured two further titles with Kirstie James setting a personal best in winning the individual pursuit, and Jordan Kerby first in the points race of the men’s omnium. Other performances throughout the four-day event saw Cambridge-based cyclist Eddie Dawkins combine with Nick Kergozou and Bradly Knipe to win the team sprint title for Southland, before riding the 4000m team pursuit in wheel two, helping Southland to a win once again as well as a new championship record.

It was a double win for the region moving into the women’s team sprint, with Waikato BOP pair Racquel Sheath and Cambridge’s Ellesse Andrews combining to win the elite title, and Ally Wollaston (Cambridge) and Olivia King winning the Under-19 final.

The championships were completed with the exciting pairing of Jordan Kerby and Campbell Stewart winning the men’s Madison honours, and Lauren Ellis and Jessie Hodges claiming the women’s honours.

Cycling New Zealand high performance director Martin Barras said he was rapt with the performance of both the elite and under 19 riders. “Naturally, I was impressed with the efforts of Finn Fisher-Black,” he said. “To go under the world record twice in a day is something else. I can’t remember anyone doing that since the likes of Sarah Ulmer.”