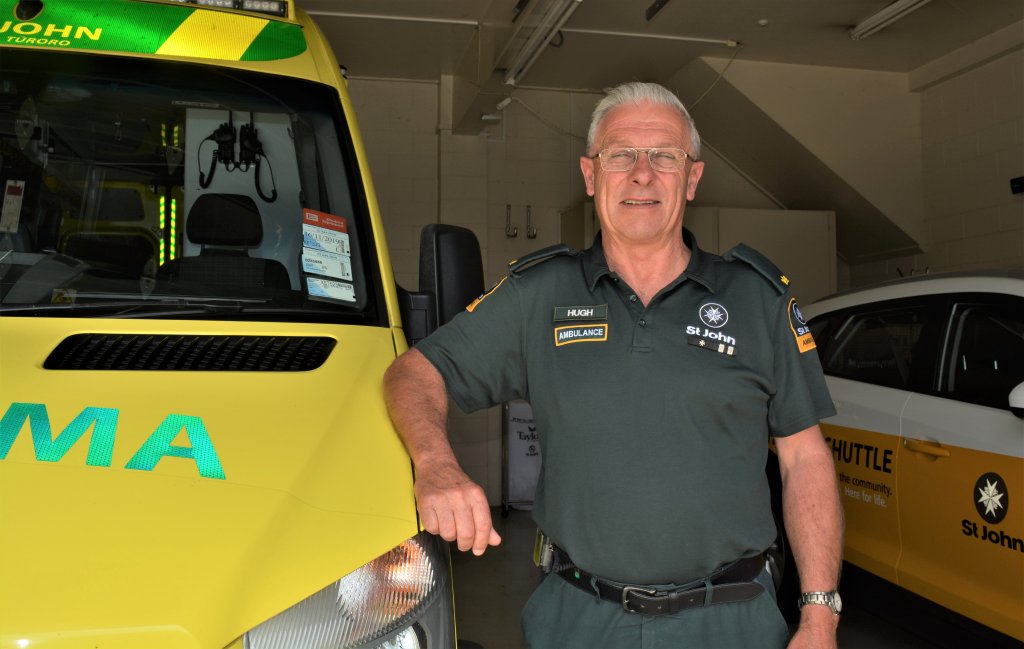 The days of single-crewed St John ambulances in Cambridge are over, making for better patient outcomes and a lowered risk to St John staffers and volunteers.

The move comes as a roll-out of government funding to introduce full crewing around the country spreads through the regions.  In May 2017, the then government announced an investment of almost $60 million over four years for 375 additional ambulance staff, essentially to ensure all emergency road ambulances were double-crewed by the year 2021.

“In my territory, it has gone through Otorohanga, Te Awamutu and now Cambridge, with Te Kuiti set to come on line in the new year.”

The reason behind the move was three-fold, he explained.

“One, it is better for patient care and outcomes if there is an officer in the back of the ambulance as the patient is being transported and two, there is a significantly better survival rate for cardiac arrest patients when an ambulance is fully-crewed. The third reason is for the improved safety of St John staff and volunteers who often enter high-risk environments to do their job. In addition, the fact there is reduced lifting when an ambulance is double-crewed means there is considerably less physical stress on our staff … and we don’t have to call on bystanders to help move patients.”

Hugh said the risk to first-responders has increased in recent years. Ambulance staff and volunteers often go into situations where they face potential assault, verbal or physical abuse, he said, with drugs and alcohol frequently playing a part.

He said single-crews had been the norm until 2017 because of funding, and that St John staffers had been very lucky to be able to rely on volunteers to swell the numbers of those attending call-outs. The involvement of volunteers in Cambridge has meant that 80 percent of local call-outs over the past year have carried double crews.

“We are very grateful to have had the assistance of volunteers accompanying our paid staff in most situations, but the increasing demand continues to put pressure on them as well,” he said.

“Cambridge is very lucky in that it has a very good and very dedicated group of well-qualified volunteers, and we’re still encouraging people to get involved. It is extremely valuable to have a third person in the ambulance when attending incidents. One of important roles they fulfil for us is enabling the double-crewing of an extra volunteer ambulance. They will remain as much in demand as ever.”