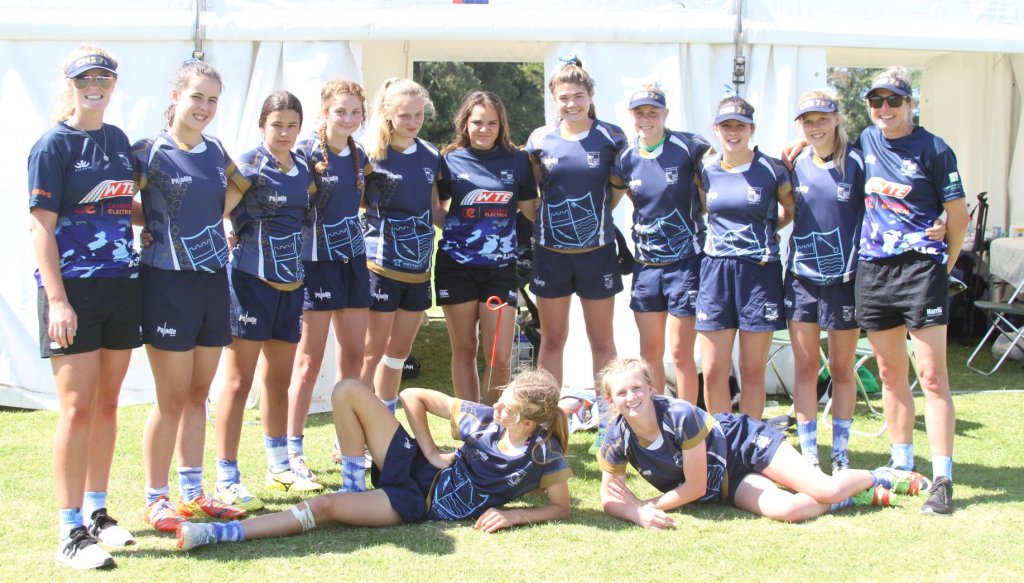 The Cambridge High School U15 Girls team finished 14th in their division out of 24 teams.

Four Cambridge teams competed in the National Condor Sevens recently, where their “pride and determination” as described by one coach earned the Cambridge High School U15 Girls team a final 14th place out of 24 teams. The school’s under 19 boys team also made it through several rounds to finish up in the final for the Male Consolation Shield, losing to Westlake Boys High.

110 teams competed over November 30 – December 3 at Sacred Heart College in Auckland, having secured their place at the tournament through regional sevens events. An under 19 boys team from St Peter’s School also competed, starting on a good note with victory over Napier Boys High. In their next round they lost to New Plymouth, before bouncing back to beat Westlake Boys.

In the plate quarter final on Day 2 they faced Wesley College, wearing them down to win a place in the plate semi-finals, where they lost against to Hastings Boys.

“The team showed good character,” said Sean Hohneck, Director of Rugby at St Peter’s. “Cam Roigard and Paula Mahe were St Peter’s best for the weekend, both were excellent on attack and resilience, and committed on defence. Dawson Smith stood out as a Y10 and will no doubt make an impression in years to come.”