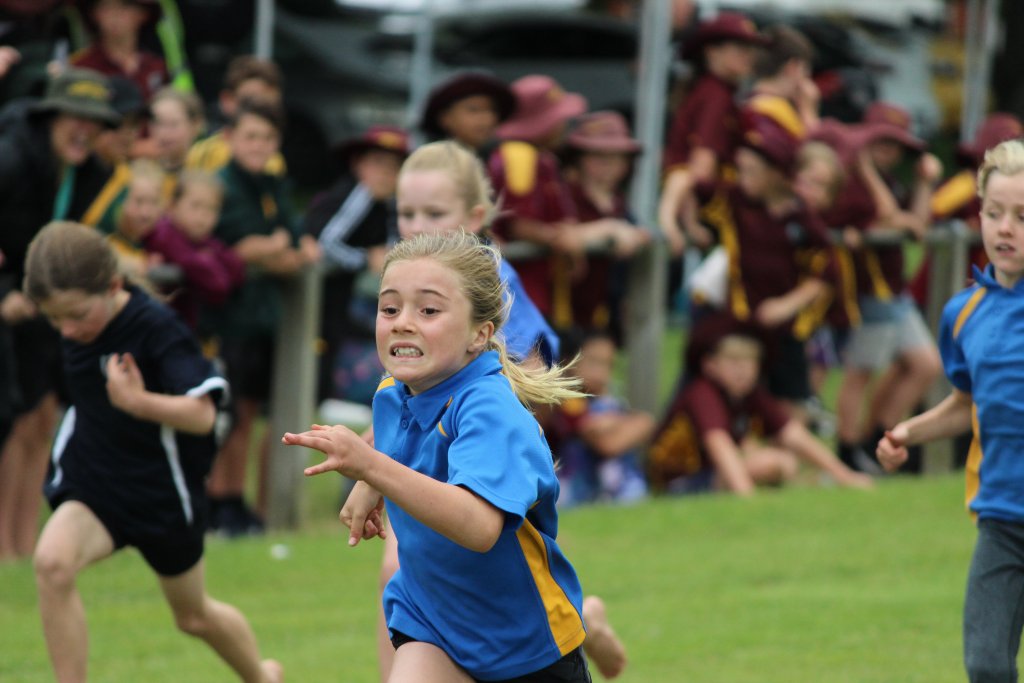 Trista Cowley on her way to winning the 8-year-old girls final.

As the Cambridge Combined Schools Athletics came to a close on Friday last week, several records from shotput throws to long jump leaps had been broken in the event’s second year of record keeping. Theo Anthony was rapt to finish things off with a first-place win in the ten-year-old boys 100m sprint final after a few third-place performances earlier in the day. “I was pretty chuffed,” he said. Lucy Bennett on her way to a third-place finish in the 9-year-old girls final.

After winning the 11-year-old girls final Victoria Bunce said the sprints were much more fun than the school cross country earlier this year, “because it’s so far!” she laughed, describing her final race as “really cool”. For the 11-year-old boys winner Oliver-Tane Knowles, the feeling of winning wasn’t quite so exhilarating. “It hurts!” he laughed, still beaming after crossing the finish line. Holly Stewart nears the finish line for first-place in the 10-year-old girls final. Jayden Taumanu (front) closes in on finishing second in the 9-year-old boys final. Relay runners, lined up in their school teams, smile for the camera ahead of their final race.