Kiwi numbers on the rise 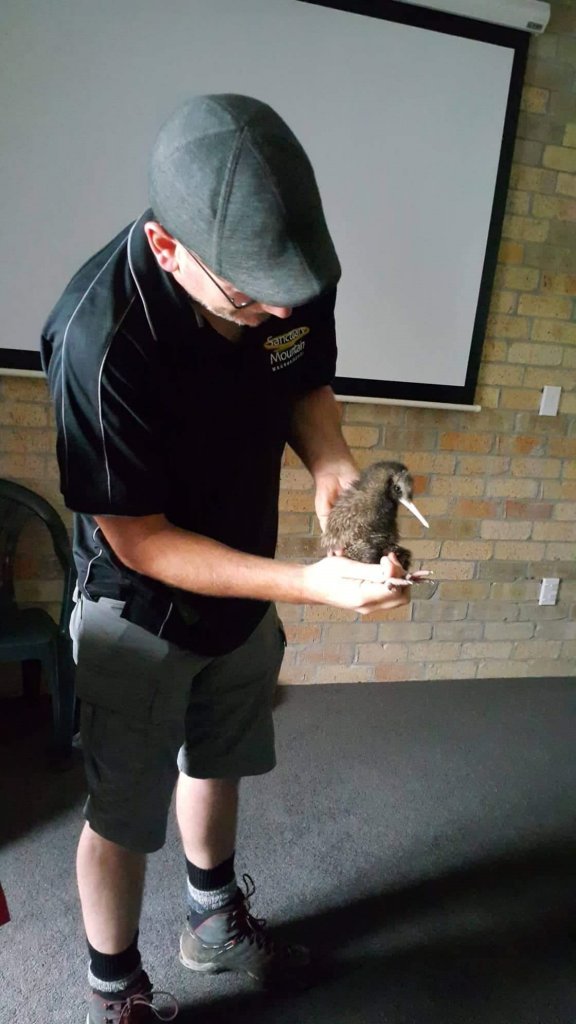 The 15th kiwi to be translocated to Sanctuary Mountain Maungatautari was released last week as part of the Kiwis for Kiwi partnership, pictured before his kiwi wellness assessment being held by Craig Montgomerie, Sanctuary Mountain’s kiwi specialist.

Fifteen Kiwis have now been translocated onto Maungatautari Mountain as part of the Kiwis for Kiwi programme which began at Sanctuary Mountain on October 1.

A four-week old chick released onto the main mountain in the latest release last week.

The partnership with the Kiwis for Kiwi Trust aims to introduce 500 new kiwi inside the Sanctuary Mountain predator proof fence over the next five years.

Sanctuary Mountain staff have reported a number of new developments on the maunga. Just recently, the team completed a 21-day survey of the kokako birds which found that a significant amount of breeding had taken place, identifying 24 new unbanded birds on top of the 26 banded birds they had recorded previously.

On October 24, two Takahe chicks were born in the wetland enclosure, and are reported to be doing very well under the care of their older sister Jan and their dad Ngutu Whero.

The organisation also received $2000 in Jumble Around’s recent annual funding round, which will help support the upkeep of the 47km fence, to fund an arborist carrying out tree trimming requirements, and to update the signages within the mountain’s Southern Enclosure.