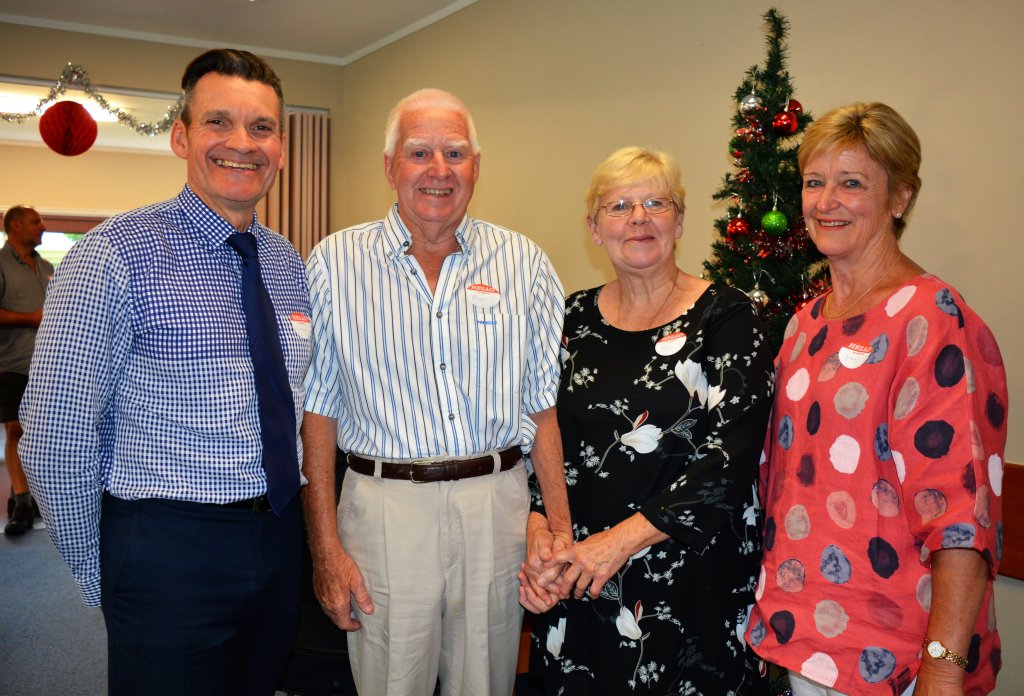 Steady growth in demand has seen the adoption of a few changes at Cambridge Health and Community Centre (CHCC) in Taylor Street.

Guests at Monday’s Christmas get-together heard from Cambridge Health and Community Trust chairman Lloyd Buscomb that 2018 had been a good year for the Trust and that the business had grown to the point where more structured processes were needed. These include the allocation of special portfolios to each of the six trustees, the setting up of new meeting and reporting protocols, and the establishment of a more comprehensive caretaking role for a couple who recently took up residence in the on-site ‘Rose Cottage’.

Faye Fensham and Hugh McFadden settled into both the cottage and their new role about six weeks ago. Between them, they will take care of the buildings and maintain the grounds.

“That has probably been the most significant change,” Lloyd said. “We had previously been employing different people to deal with the multiple tasks involved in caretaking the property. This move centralises all the caretaking and maintenance services.  We are growing like Topsy … centralising services makes sense and there has already been an overall improvement in the appearance of the place. We are also looking at creating more space to cater for the increased demand at the centre.”

The annual Christmas get-together hosted the centre’s permanent tenants as well as representatives of the many community groups who regularly use CHCC space.  More information on the centre is available on their new website (www.chcc.org.nz).