Eight of the best for Savannah 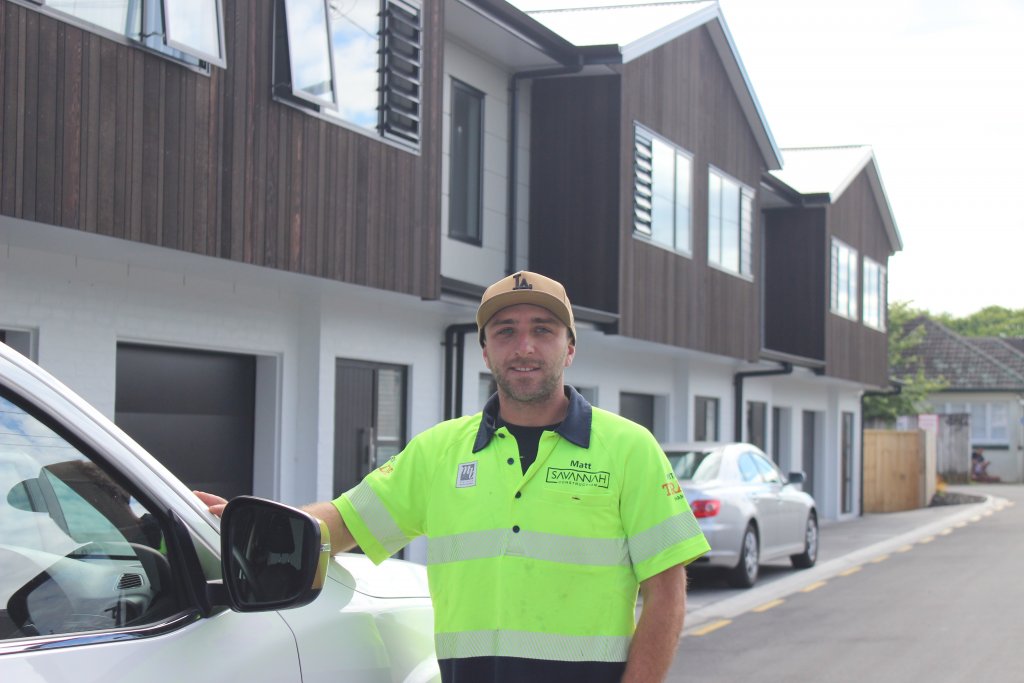 Matt Mudgway’s Savannah Construction scored a section win in the 2018 Registered Master Builders House of the Year Awards, for these townhouses in Hamilton.

A Cambridge company is showing the way in the bustling townhouse building market.

Savannah Construction won the Waikato multi-unit category of the 2018 Registered Master Builders House of the Year Awards for its construction of eight units in Abbotsford St, on the cusp of Hamilton’s CBD.

For owner Matt Mudgway the win was something to celebrate – but it’s also given him a new target.

His company is building another set of townhouses in the same street and he wants to see them secure back-to-back wins.

“We feel that it’s just the start – we’re going to keep reaching for those targets of quality and assurance. We’d love to get a national title in the next few years,” he said.

Matt has full confidence in the quality of the units – “we want these houses to last a hundred years.”

Townhouses have become the norm in many of Hamilton’s suburbs and the proximity to the city centre – and Waikato Stadium – has reportedly encouraged one member of the Chiefs squad to move in to one of the new units.

The complex, valued between $1.8 and $2 million, was completed in February and had presented the company with plenty of challenges.

It had to make the most of limited space on the section and achieved that by creating a 115sqm floorplan spread over two levels for each unit, which allowed for three double bedrooms and a bathroom on the top floor, and an open-plan kitchen, dining area and lounge below, along with a separate toilet and laundry facilities incorporated into a single garage, with a secondary car park outside.

Stacker doors allow the downstairs area to be extended out into a private courtyard.

Matt said Archimedia’s design layout played an important role in making best use of the space, and he believed the quality of the workmanship and finishing products were key factors to their success.

Judges described the stylish finishes as a significant element to their success.

“Modern finishes and fixtures lift the interior from simply stylish to something special,” they said.

“The products we used are a bit upmarket, which we were able to capitalise on,” said Matt. “We had different types of fixtures and fittings to suit, from black door handles to stone benchtops. I think that set us apart.”

The clean lines and four different types of cladding also impressed the judges.

“There’s indoor-outdoor flow, it’s nice and clean, it’s not cluttered yet a lot can fit in there. It’s just a great use of space.”

Aside from the 10-unit project across the road, the Cambridge company also has half a dozen builds on the go, including a retirement village, spread between Ngaruawahia, Hamilton and Cambridge.