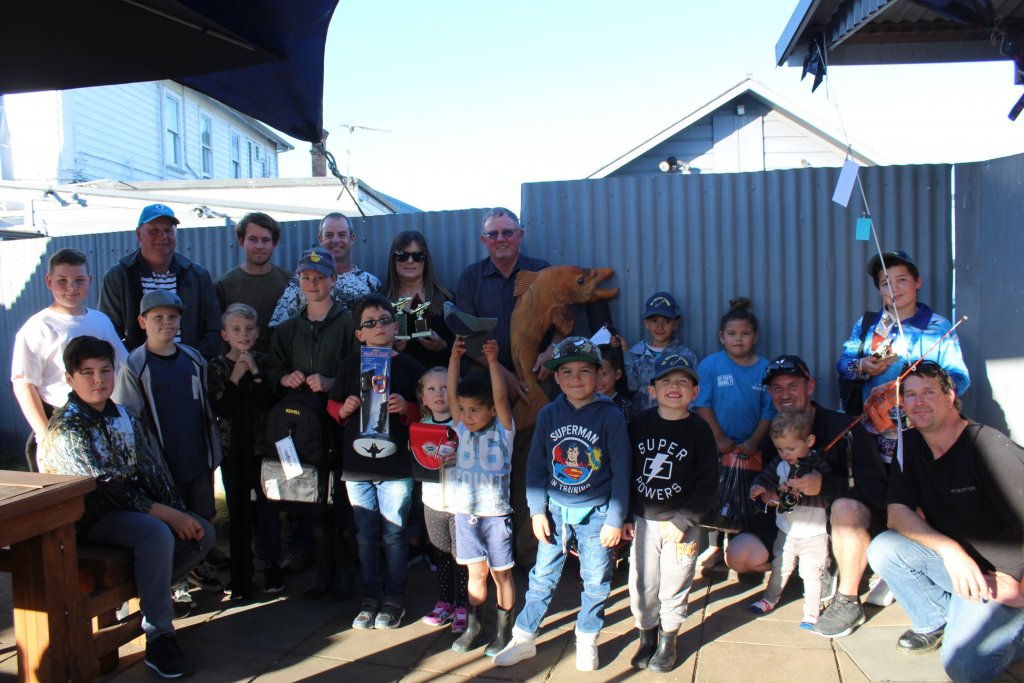 The Kilwell Lower Waikato river trout contest was a popular family event again this year, with the eight-day long contest attracting 55 keen, experienced anglers from Cambridge to Te Kauwhata, well up on the previous three years. With 23 juniors under 17 and 32 adults, including three in the women’s section, there was strong competition for the $6,000 plus in prizes sponsored by locals, corporates, and businesses.

The river started at a reasonably low level from Saturday, October 6, decreased further but then rose with some showers towards the end date, Saturday, October 13. The weather was favourable, overcast with light winds for much of the week.

With the lower level we had good clarity at times, and there were many reports of whitebait being seen in greater numbers, plus there was a higher proportion of new junior and even adult contestants catching their first trout in the competition.

There were 65 trout caught, with 62 being browns and 3 rainbow trout. This compares with 66 trout in 2017. Many more fish were caught or released than were entered, and overall, they were in similar condition and slightly heavier on average than the previous year. Mike Geelen with a trout at Ngaruawahia.

With the contest area being as usual the main stem of the Waikato from below the Karapiro dam to the Waikato heads, the fish were caught from Karapiro dam to Mercer, with the browns chasing the annual whitebait migration. This year, a majority of fish (by numbers) were caught in the Rangiriri (16), Huntly (12), Cambridge (11) Ngaruawahia (six) areas. Next were- Hamilton (four), Ohinewai (four), Taupiri (two), Mercer(two), Karapiro(four), Horotiu (three) and Hopuhopu (one).

Most trout were caught early morning or at dusk and into the evening, but a surprising amount were also taken in the middle of the afternoon. The more successful anglers targeted the very edge of the river, using short casts or even just trailing a lure off the rod tip to probe likely brown trout lies behind and under cover, along banks with good current. From analysis of the total catch data this year, the average trout in this area weighs about 1.353kg, (well up on last year) and has a condition factor of 38.89, which is a nicely coloured trout. Weigh stations were at Sweetman’s Reel Fishin’ in Huntly, Taupiri Tavern in the evenings, plus Waikato Hunting & Fishing in Te Rapa and also Sportsworld Cambridge.

Local competitor Joe Bradford took out the Heaviest Rainbow Trout category, winning a $200 package with his 860g catch. He also won a $200 package for the Best Condition Factor Rainbow, with a factor of 52.37. 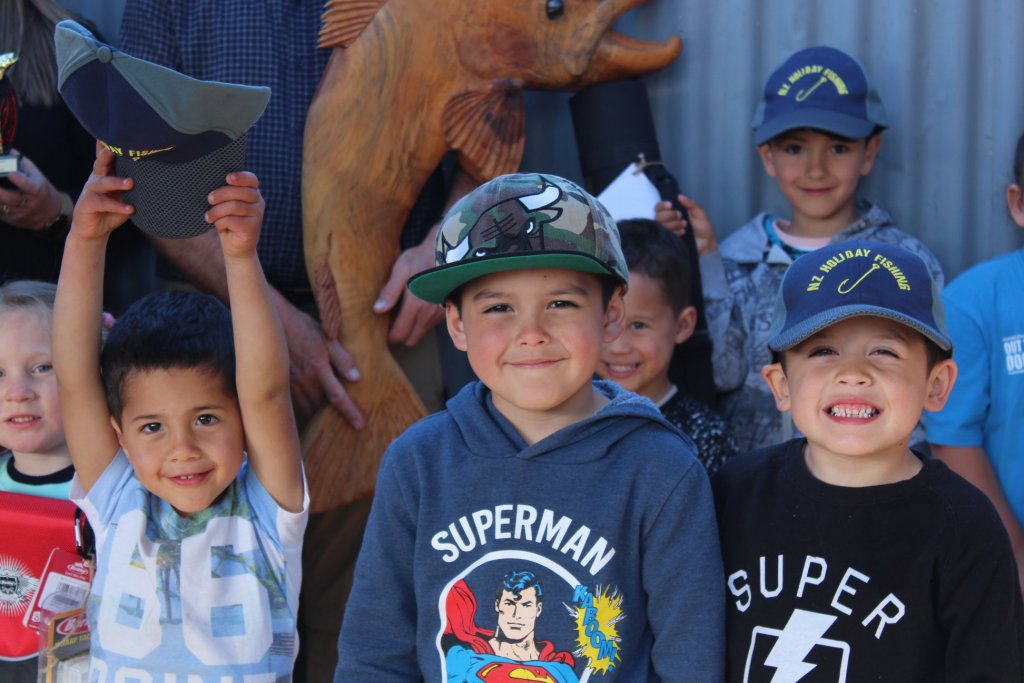 Some of the juniors at prizegiving.