Sevens students off to nationals

Twenty-five high school sevens teams battled it out for a spot in the national final at the Waikato Secondary Schools Condor Sevens qualifying tournament at Memorial Park in Cambridge last week.

The event on Wednesday night saw two St Peter’s teams – an under 18 boys’ team and under 18 girls’ team – and four Cambridge High School teams compete, with boys’ and girls’ teams for both under 15s and under 18s.

While the St Peter’s girls didn’t win a game, the boys made it through to their final against Hamilton Boys High School, last year’s national champions, and finished second to secure a place at nationals.

“I was impressed… we just wanted to make a showing and have a go,” said the St Peter’s coach for the tournament, Dion Berryman. “I think the boys were pleased… I was pleased with them.”

Cambridge High School’s Under 18 boys team finished fifth in the tournament and have secured a place in the national final. Photo – Michael Jeans.

The St Peter’s boys even managed to beat Hamilton Boys in their second game 21 – 5, but then lost 33-5 when they met again in the final.

Cambridge High School’s under 18 girls finished fourth in the competition, and the under 15 boys were eliminated after pool play.

“It was a fantastic afternoon for sevens and our CHS teams played very well,” said Carl Hudson, coach for the CHS under 18 girls’ team. “A massive thanks must be passed on to all the players, coaches and managers for their efforts leading up and during the tournament.”

The National Secondary Schools Condor Sevens tournament will take place from November 29 to December 2 at Sacred Heart College in Auckland. 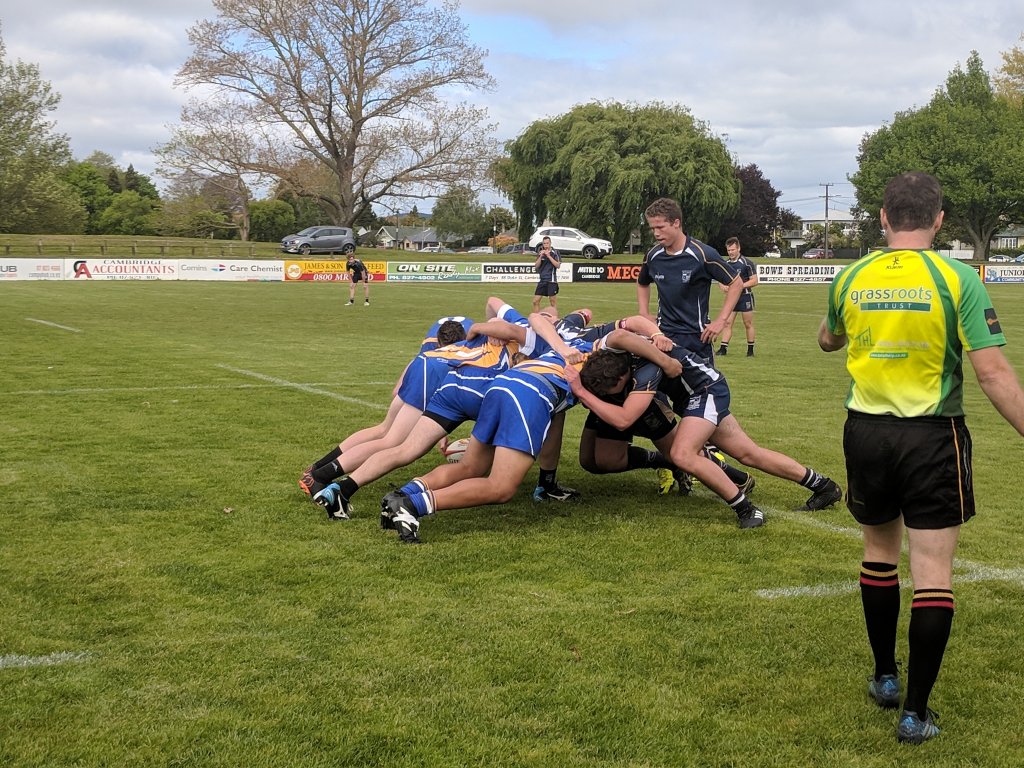 Cambridge High School’s under 18 boys team in a scrum against Fairfield College.