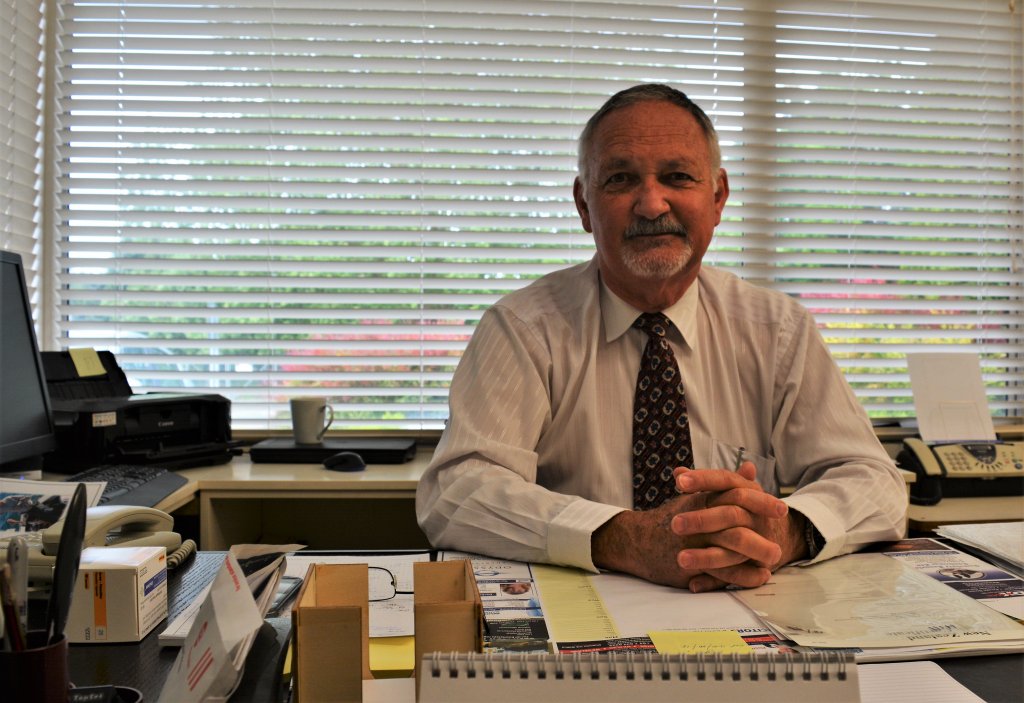 As a Legacy Trust ambassador, Stuart Houchen will have a hand in choosing charities set to benefit from the sale of his funeral business.

Stuart Houchen is finally dipping his toe into retirement after a false start unexpectedly put him back behind the desk at Cambridge Funerals.

The call asking if he’d be prepared to provide a fortnight’s cover last month came as Stuart and his wife Trish were winding up their five-week tour of Europe. “On our last week away, I got an email asking if I’d like to come and fill in for two weeks. It wasn’t a problem, so I said yes.”

He found it easy to accept.  The sale of Cambridge Funerals to Legacy Funerals on August 1 had gone ahead in part because Stuart liked the philanthropic way the new owners intended to run it, with profits from the business gifted back into local charities. So now, even as it retains the name Cambridge Funerals, Legacy is its parent company.

It was in 2007 that Legacy Funerals director Greg Brownless established the Legacy Trust and gifted his Tauranga-based funeral business to the local community.  Since then, the Trust has distributed over $2.8 million to local charities, schools and other causes.

Stuart, meanwhile, had been thinking about selling for a while. “I wanted to do it while the business was at a high point,” Stuart said. “We had experienced substantial growth during the year before I sold – well over 25 per cent. Those figures told me the time was right. It was the business ethos of Legacy that appealed to me and made them stand out amongst the other offers.”

Legacy has since asked Stuart to be its area Trust ambassador, which means he will have a hand in the twice-yearly selection of local charities earmarked to benefit from the profits.

“As I understand it, this is quite an unusual business arrangement. There’s no doubt Cambridge is going to benefit, not just from high quality funeral care, but also through the gifting of the profits.”

Stuart has forged a close relationship with locals since buying Cambridge Funerals on August 1, 2005 – coincidentally 13 years to the day before he sold it this year – and the new arrangement sits with him particularly well. Before moving into the field, he spent 22 years in the police. When a friend who had travelled much the same path suggested Stuart consider becoming an undertaker, his response was swift.

“I knew my people skills, combined with my experience in the police, meant I had what was needed, so I applied. I started with Pellows in Hamilton … they trained me on the job. I enjoyed it from the start, and I’ve never regretted the move.  In fact, I wish I had gone into it earlier.”

Stuart has enjoyed the job’s multi-faceted nature, the poignancy and the surprising amount of humour; the contact with clients has brought him immense satisfaction. Some locals have said they wish he’d stay on long enough to look after them when their time comes.

But now, sporting a post-holiday salt and peppery goatee, he’s back planning that retirement, one he hopes will see him able to bring out his tools at home without having to abandon the task half way through.

“I’m certainly going to miss the people, but I won’t miss being on call 24/7 … and I can sleep in in the mornings. That’s one thing I’m really looking forward to!”