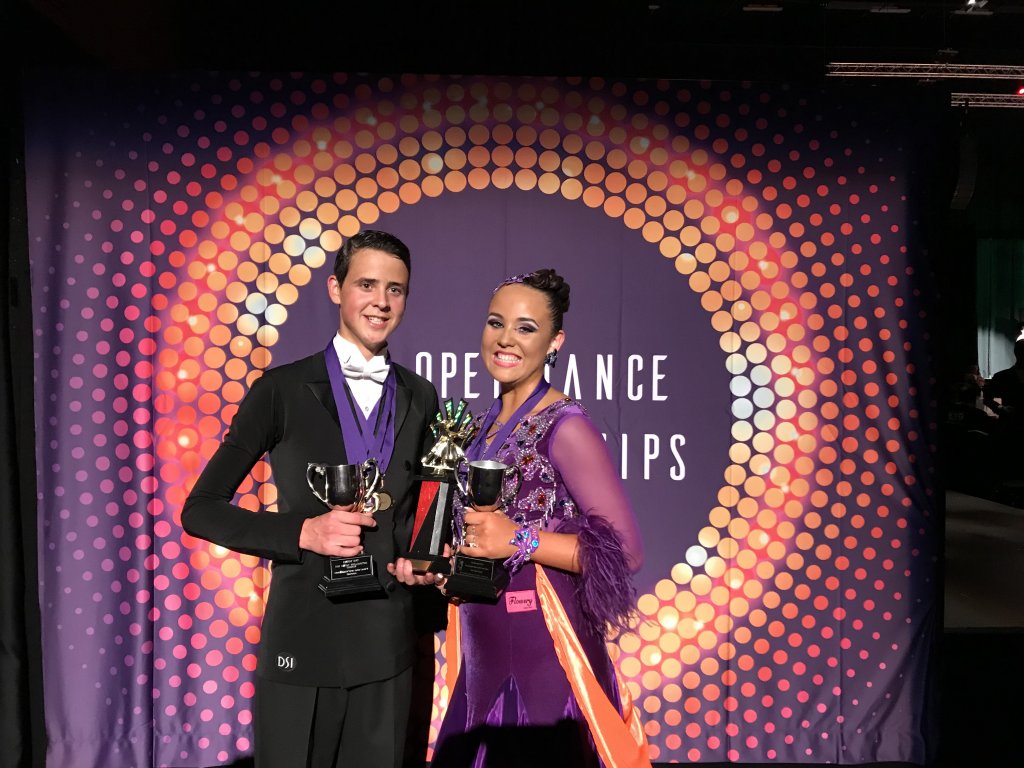 As a result, the St Peter’s School student was selected to attend the Australian Dance Sports Championships in Melbourne in December.

Her brother Sam was her dance partner and the pair competed in level three and four categories – the highest for the U16 age group.

The wins came as a surprise to Miranda and Sam, who had been impressed at the standard of all the competitors. Their hard work paid off.

“We were so happy and really proud because throughout all the other competitions this one pair kept beating us. This time we managed to shoot past them and win,” said Miranda.

They have been dancing together for four years. Every week they practise for about eight hours with their coach Doug Powhare, who also does Miranda’s hair for the events.

Miranda and Sam have to move up a grade for the Australian competition, into the U21 category.

“We’re pretty nervous because Australia is an entirely new playing field, their coaches are amazing,” she said. “But we have an amazing coach as well.”

The classes they won at the New Zealand nationals were: