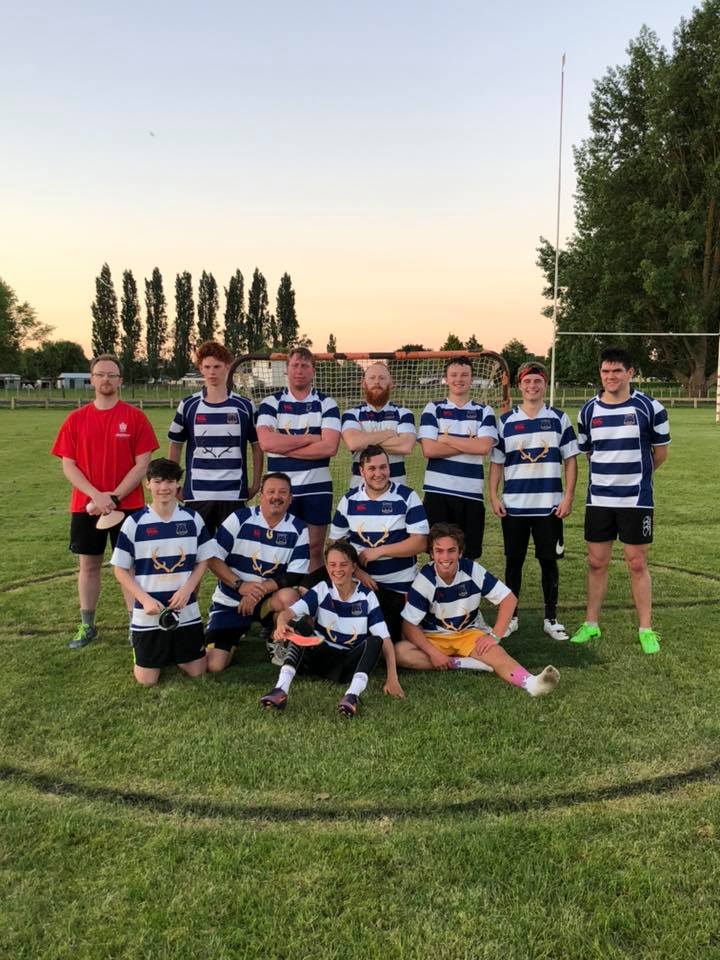 The newly-formed Leamington Rugby Sports Club Men’s Lacrosse team has won their first game of the season, beating the Hamilton Devils 12-6. The game on November 14 started strongly with midfielder Lucas Thom winning the ball straight from the first whistle and taking it straight to the goal for their first score of the night.

Hamilton came back a couple of minutes later with their own goal, and the Leamington lads quickly claimed a few more scores of their own to build up a solid lead in the first half of the game.

“We had most of the possession, but the Devils used it well when they had possession of the ball and would create some good opportunities,” said the Leamington coach Anthony Warrington. “Although we had a four-goal lead in the second half the game still could have gone either way.

“Our goalie, Alex Warrington, kept us in the game with some great saves. Our defender James Burns had a hard time but did an outstanding job having to mark an attacker with decades more experience than himself.”

The victorious Leamington team’s player of the match was Lee Reichardt. “It was his first game of lacrosse ever and he picked it up like he’s been playing for years, playing-up against players with many years of experience,” said Warrington. “The lads had great fun and played some good Lacrosse. I’m hoping this continues for the rest of the season.”