A crowd gathered to watch the Kiwi troops liberate Le Quesnoy at Armistice in Cambridge, one of six battles staged at the event.

Around 200 re-enactors donned their uniforms and took part in Armistice in Cambridge at Karapiro last weekend, wowing the crowds with six staged battles. Complete with blank gunfire and mortar fire, the military action at the event was the result of almost a year of behind the scenes work spearheaded by the junior vice president of the Armistice in Cambridge Committee, Greg Thomas.

The battles on the books for this year (not including Roman and Viking skirmishes) were a Boer War battle, the liberation of Le Quesnoy, action from the Vietnam War, re-enactments of battles from the New Zealand Wars and the Battle of the Bulge, and action from Kursk.

Greg, who has been doing re-enactments for the past three years, said that while the shows are re-enactments of actual battles, intensive planning is required to preserve the authenticity of the action and make the small numbers of participants look like more. There is also a safety element to be considered, because although the guns are all firing blanks, that can still pose a risk. 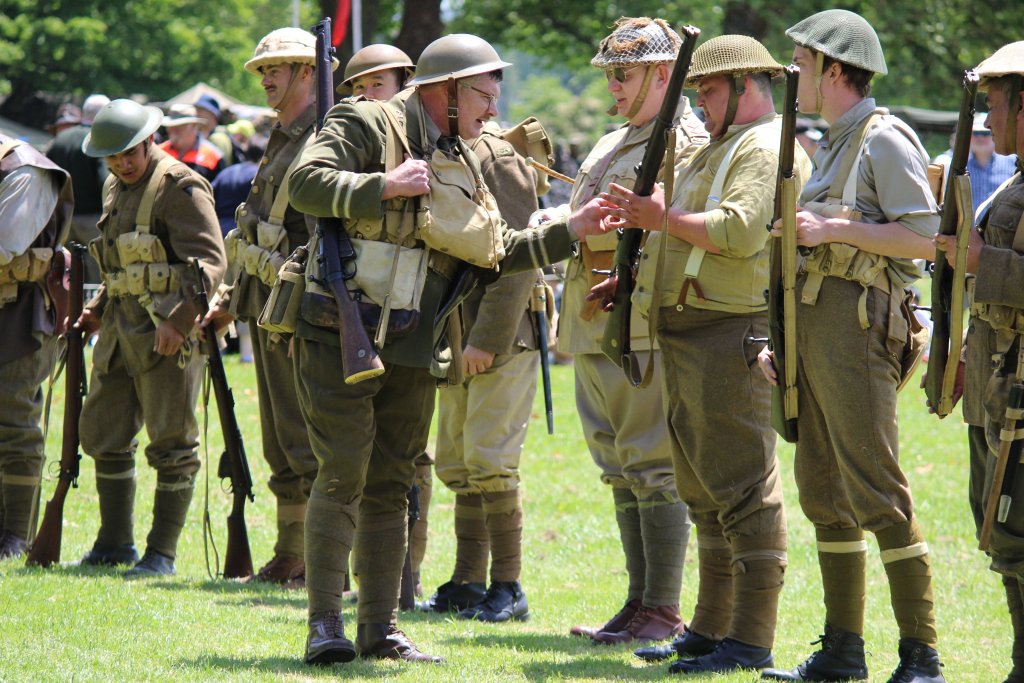 Guns had to be verified unloaded at the end of each battle.

“Blank weapons can still hurt you from 5-10 metres away, so we have to be safe. We’ve got to make sure our weapons are safe going to and from the battles,” Greg said, adding that each gun is checked before the battle party disperses. The result of more than a year’s work preparing for the weekend, Greg said he has been receiving excellent feedback from the public who were impressed with the professional organisation of the battles at Karapiro.

Preferring to call himself a living historian rather than a re-enactor, Greg said for him the pastime is about bringing history out from classrooms and commemorating people’s sacrifices. “And getting to hang out with likeminded people,” he said, adding that it is also a massive amount of fun.

Planning for Armistice at Cambridge starts each December and requires a tremdous amount of work over the course of the year. Next year will mark 75 years since the Battle of Monte Cassino – a major battle for New Zealand in WWII – and D-Day, so Greg said people can expect those battles to be featured at the 2019 Armistice event. Grateful French townsfolk were waiting to be liberated by the Kiwi troops who scaled the replica wall at Karapiro last weekend. Photo – Michael Jeans.

A crowd gathered at Sunday’s Civic service to commemorate the Armistice that ended World War One, joining in two minutes of silence at 11am followed by a “roaring chorus” that replicated the cacophony of joy and relief that rang out at the end of the “Great War”. Pipers Bryan Mitchell (right) and his son at the 6am “Battle’s Over” commemoration that marked Armistice Day on Sunday last weekend. Photo – Michael Jeans. The parade of ex-servicemen, navy reservists and military vehicles was led through town by the pipers. Photo – Michael Jeans.