BMX champions of the island 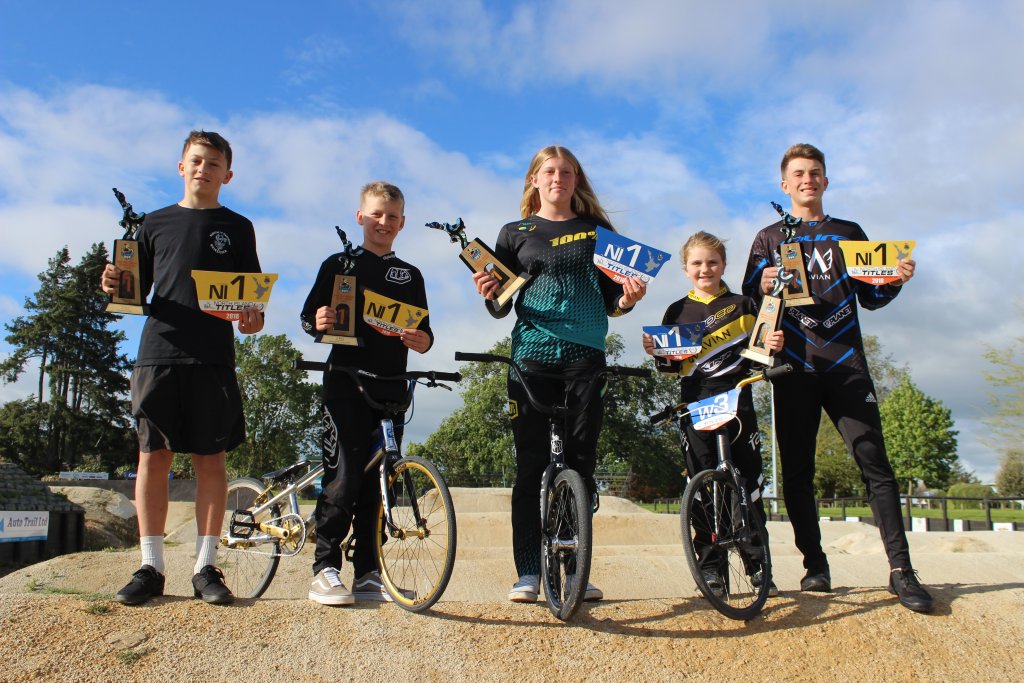 A 40-strong team of riders from the Cambridge BMX Club gave it their all at the North Island BMX Champs in Pakuranga recently, with 23 locals making their finals and eight winning their age groups.

Bennett and Jack Greenough, Leila and Noah Walker, Tasman Wakelin, Jaylor Jenkins and Meg Cannon are champions of the North Island having dominated their divisions at the Labour Weekend competition that attracted 528 competitors. Several of them retained their title for a consecutive year, and a number were undefeated across every race in the two-day competition.

It was no surprise that six-time world champion Leila Walker won the 13-year-old girls’ division, making her fifth North Island title. “I was pretty happy, I guess you can’t beat number one,” she smiled. Meg Cannon won her age group for the third year in a row, this year for eight-year-old girls.

For 11-year-old Noah, it was his first time winning a North Island title. “I was stoked really, pretty happy when I crossed the finish line,” he said.

It was 13-year-old Jack Greenough’s fifth year in a row winning a North Island title, and like his older brother Bennett, winner of the 15-year-old boys’ division (his second North Island title), it was a consistent day of racing with no losses across all races. “I was pretty happy with it, the track was pretty tight,” said Bennett, “but the ride was pretty good. It was a pretty cool atmosphere at the track.”

Jack’s nearest competitor was from Pakuranga, racing on his home track, making the win even tougher for him. “I didn’t have too much trouble, it was a little tough towards the final,” he said. “It was fun.”

Absent on the day we caught up with the team were Jaylor Jenkins, winner of the six-year-old girls’ division, and Tasman Wakelin, 16-year-old boys’ winner.

Bennett and Tasman will join their fellow local BMX Performance Hub rider Rico D’Anvers in heading to the American national championships later this month, where Jack, Leila, Greer and Logan will also compete.