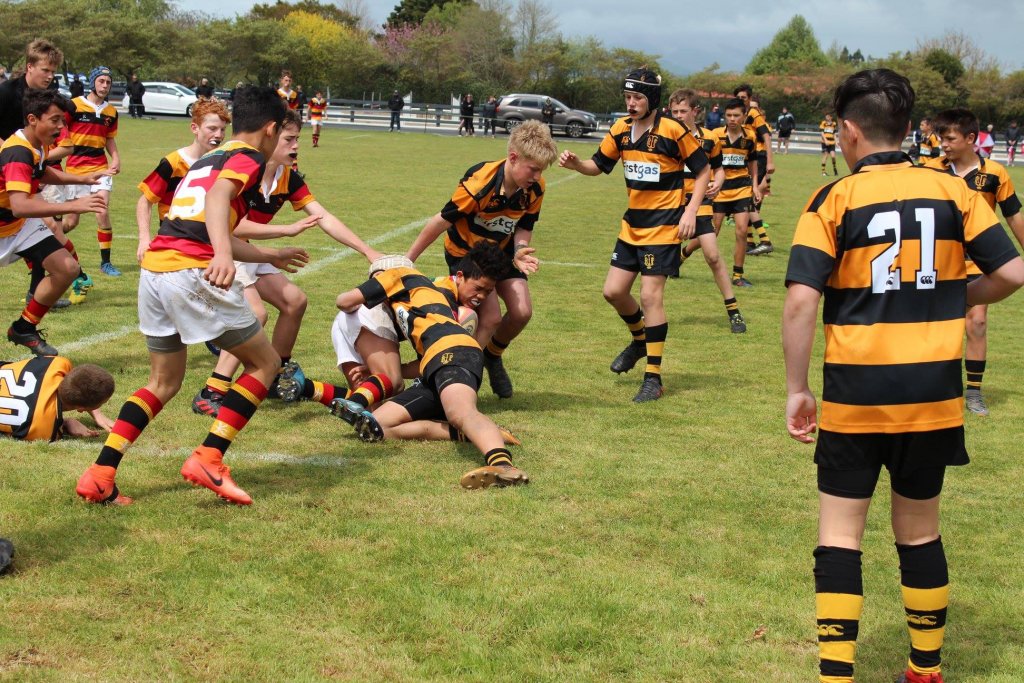 St Peter’s School played host to 250 rugby players from around the North Island recently when the NRM Northern Roller Mills rugby tournament was held from October 6 – 13.

The Waikato team, which included Cambridge players Charlie Stewart, Ben Kibby and Clay Osborne, finished up 5th overall amongst the ten competing teams after suffering losses in two of their six games.

But the Waikato boys put in their best efforts none the less, culminating in a final play-off game for 5th or 6th against North Harbour.

After two massive victories in their first two games, winning 43-0 in round one against Thames Valley and 36-0 against North Harbour, their chances for a spot in the semi-finals slipped from their grasp after losing to Counties 5-19. 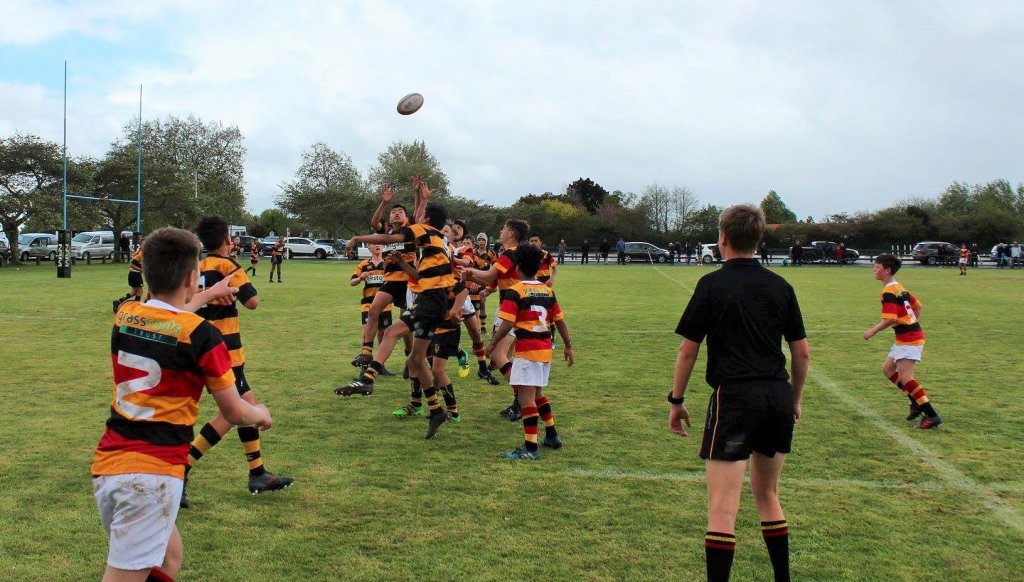 “That was really an absolutely physically tough game,” said the Waikato team coach Graham Wallace. “Too many cards shown for junior rugby, but that was the nature of the game. It was just tough, brutal really.”

The team suffered another loss to Bay of Plenty 5 – 40 but redeemed themselves with a 19-5 win against Taranaki to secure a spot in the play-off for 5th and 6th, where they won 34-17 over North Harbour to take fifth place overall. Auckland East won the tournament.

“We finished third in our pool which meant we didn’t have the right to play for a chance in our final, but we finished in the next best place we could from that point which was 5th. … So that’s great, the top four teams are always strong unions and we like to think were one of them, so fifth place was reasonable.” Wallace said the Cambridge boys on the team put in great work during the tournament, along with the rest of the Waikato team. “They’re a great bunch of kids,” he said.

“We went into it really confident that we were good enough for a top four, and it turned out not to be, but it was close.

“That’s the nature of this sort of tournament, we have to bring our A-game to every game.

“The kids had a lot of fun and a big part of our plan is always to foster a really good culture first. … We’ve got a good environment and the kids all had a really good time and played a lot of really good rugby.”